The big-name rookies spent a lot more time in the spotlight than Terrell Owens.

On a Sunday that was supposed to be dominated by Owens' return to Philadelphia, Reggie Bush, Matt Leinart and Vince Young had much more impact for their teams. And Bush was the deciding factor for the Saints.

Bush returned a punt 65 yards for his first professional touchdown, lifting New Orleans past Tampa Bay 24-21. Bush escaped the Buccaneers' initial pursuit by scampering across the field to his right, then turning on the speed as he cut upfield to the delight of the packed crowd in the Louisiana Superdome.

``Once I turned that corner I was just trying to turn on the jets,'' Bush said. ``It was so wide open the slowest guy in the world probably could have scored that touchdown. The monkey's off my back now.''

``It was fun,'' Leinart said. ``I had a good time out there, just playing football. ... I think we can take it as a positive. I think we moved up a little bit as an offense. That was my first start. Now we can just go from there.''

Young nearly led one of the biggest upsets in the NFL recently. His winless Titans led the unbeaten Colts 10-0 at Indianapolis, but Peyton Manning threw two second-half TD passes for a 14-13 win.

Young, the third overall choice in April's draft _ one spot behind Bush and seven in front of Leinart _ ran 19 yards for his first NFL score. The Titans rushed for 214 yards in all.

But it wasn't enough.

On Monday night, Baltimore is at Denver.

Idle this week were Cincinnati, Atlanta, Seattle and Houston.

At New Orleans, Bush also had 11 receptions for 63 yards as the Saints (4-1) remained atop the NFC South. Deuce McAllister had 123 yards rushing and a TD.

Rookie Bruce Gradkowski, starting for the injured Chris Simms, threw for two touchdowns for the Bucs (0-4).

Larry Johnson rumbled 78 yards on a pass play from Damon Huard to set up Lawrence Tynes' 19-yard field goal with 1:36 to play and the visiting Chiefs (2-2) rallied from 10 down in the fourth quarter.

With the clock winding down, Leinart drove the Cardinals (1-4) into field-goal range. But Neil Rackers missed a 51-yard kick that would have tied it with 2 seconds to play.

Johnson's big play had an ugly ending when Arizona's Antrel Rolle grabbed the star running back's facemask and twisted his head as he fell out of bounds. Johnson lay motionless for a moment before getting up and leaving on his own.

At Indianapolis, Manning led the Colts (5-0) on a late scoring drive for the second straight week, hooking up with Reggie Wayne for a 2-yard touchdown pass with 5:10 left.

Manning was masterful in the second half and finished 20-of-31 for 166 yards. Marvin Harrison caught a 13-yard TD pass to break Marshall Faulk's NFL record for most consecutive games (159) with a reception at the start of the career.

Indy won its 12th straight over an AFC South foe and completed a sweep of its home games against a divisional rival. The Titans (0-5) have lost seven straight in the series.

Owens had just three catches and was outdone by the Eagles' young receivers _ and by Donovan McNabb.

McNabb threw touchdown passes of 40 yards to Reggie Brown and 87 yards to Hank Baskett, and Lito Sheppard returned an interception 102 yards in the final minute to seal the victory for Philadelphia (4-1) in the most overhyped regular-season game in recent memory.

Owens was merely an afterthought for most of the game. He didn't catch a pass until the third quarter and dropped the next one thrown to him, much to the delight of a frenzied crowd that showered Owens with derisive chants, insults and boos.

The Eagles took the lead for good when McNabb connected with Brown on a flea-flicker pass with 9:13 left that made it 31-24.

The Cowboys (2-2) had one more chance after a pass interference penalty on Michael Lewis allowed them to convert a fourth-and-18 from their 37. But from the Eagles 6, Sheppard stepped in front of Bledsoe's pass and raced the other way to put the game away.

At San Diego, Philip Rivers threw two touchdown passes, including a 22-yarder to All-Pro tight end Antonio Gates midway through the third quarter. Gates' catch capped a remarkable 91-yard drive during which Rivers, in his first year as a starter, threw eight passes in the span of 10 plays, completing five.

San Diego (3-1) got its coach, Marty Schottenheimer, some relief. Schottenheimer, whose conservative approach has long been known as ``Martyball,'' was heavily criticized after sitting on a 13-7 halftime lead a week earlier at Baltimore. The Ravens rallied to win 16-13.

The Steelers (1-3) have lost three straight games for the first time since late last season.

Dick Jauron's return to Chicago was ruined by an offensive explosion like he never witnessed during five years as the Bears' head coach.

Rex Grossman threw two touchdown passes, Cedric Benson scored his first two NFL touchdowns and the Bears forced five turnovers in a drubbing of the Bills (2-3) that launched Chicago to its first 5-0 start since 1986.

Asante Samuel intercepted two passes by Joey Harrington that led to touchdowns, and the Patriots (4-1) matched their season total with three takeaways. They dealt another blow to the Dolphins (1-4), whose acquisition of Daunte Culpepper in the offseason was hailed as a major upgrade. But Culpepper missed the game with a bruised shoulder, a cumulative result of the 21 sacks he endured in the first four games.

Harrington, Detroit's starter in his first four NFL seasons, took his first snaps this season and was sacked just once. He completed 26 of 41 passes for 232 yards, but the two interceptions were too much to overcome.

The visiting Dolphins cut a 13-point deficit to 13-10, but Samuel's second interception dampened the comeback hopes.

With host Green Bay trailing St. Louis by three, Brett Favre drove the Packers (1-4) to the Rams 11 in the final minute. But Favre was sacked, fumbled and the Rams escaped with a victory.

The Rams (4-1) made plenty of mistakes, but Marc Bulger threw for two first-half touchdowns and extended his league-best interception-free streak to 214 attempts.

At Jacksonville, the Jaguars scored touchdowns on four of their first five possessions, quickly rebounding from consecutive losses. Maurice Drew ran for two touchdowns, Fred Taylor added another and Byron Leftwich capped the fast start with a 1-yard TD pass to George Wrighster.

The Jets (2-3) provided plenty of help. Chad Pennington threw two interceptions that Jacksonville (3-2) turned into touchdowns, Ben Graham had a punt blocked that resulted in a score and two questionable roughing-the-passer penalties made it even worse.

The victory was only the Giants' fourth in 18 post-bye week games. It snapped a five-game skid in the week after the bye and was only their second win in the last 11 post-bye games.

Julius Peppers had a sack, forced a fumble and hit quarterback Charlie Frye five other times and Richard Marshall returned an interception for a touchdown for host Carolina (3-2). Al Wallace also had a sack for the Panthers, who held the Browns to 98 yards rushing in winning its third straight game.

Peppers, who came in tied for the league lead with five sacks, constantly hounded Frye and the Browns (1-4), who managed only four field goals by Phil Dawson.

Minnesota's defense scored two touchdowns on turnovers by Jon Kitna as visiting Detroit squandered a 17-3 lead in the fourth quarter.

Ben Leber returned Kitna's fumble 1 yard for a touchdown to cut Detroit's lead to 17-16 and Ryan Longwell made a 20-yard field goal to give the Vikings (3-2) a 19-17 lead. Kitna, trying to bring Detroit back, was flushed out of the pocket and corralled by Ray Edwards before desperately throwing the ball. The pass landed right in E.J. Henderson's hands, and the linebacker raced 45 yards to seal the win.

It was a stunning, but not surprising, turnaround that kept the Lions (0-5) winless and continued their misery against the Vikings. They have lost nine straight to Minnesota, dating to 2001.

Frank Gore rushed for a career-high 134 yards and third-string running back Maurice Hicks scored on a 33-yard screen pass for the rebuilding 49ers (2-3), who scored 24 straight points after halftime to roll past their Bay Area rivals.

It was over when the Raiders made another of the boneheaded mistakes that have occurred constantly during their second 0-4 start since 1964. With 10 1/2 minutes to play, LaMont Jordan dropped a lateral pass from Andrew Walter and then stood watching as rookie lineman Melvin Oliver returned the free ball 12 yards for the score, putting San Francisco up 31-13. 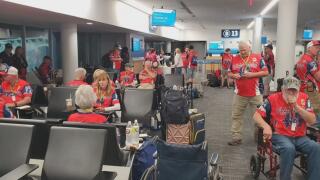 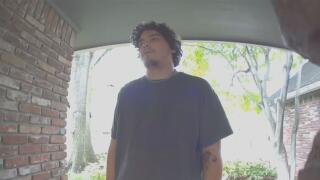 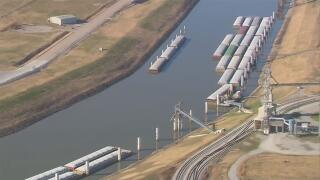 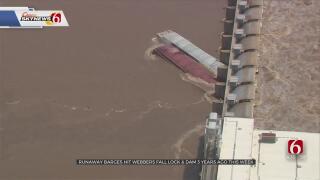 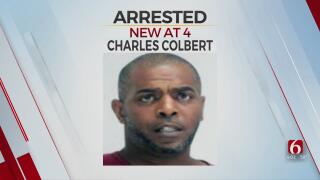 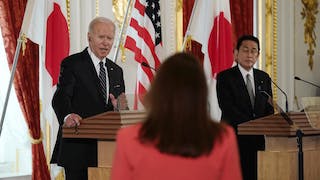 Associated Press President Joe Biden sought Monday to calm concerns about recent cases of monkeypox that have been identified in Europe and the United States, saying he did not see the need to institute strict quarantine measures.
View More Stories