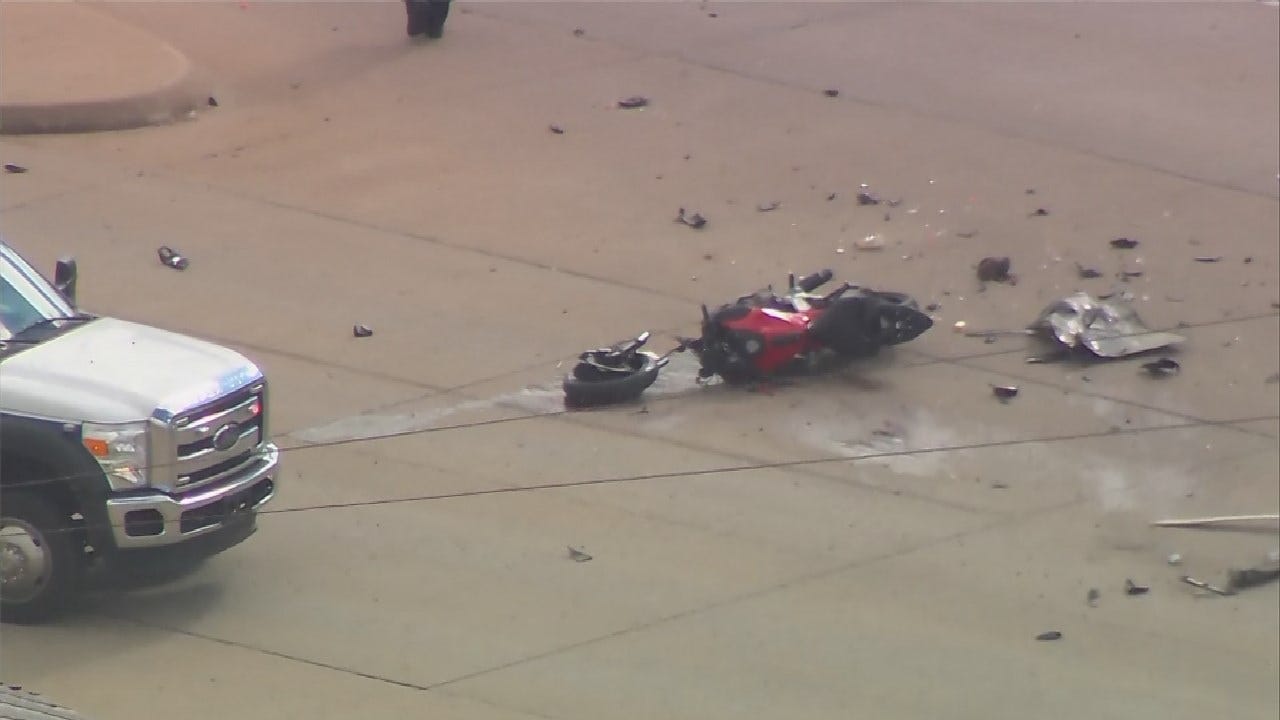 Tulsa Police responded to a deadly crash near 66th and Riverside March 24.

Police said it happened between a car and a motorcycle. The driver of the motorcycle, who was a 16-year-old boy, died at the scene. Officers also said the driver of the car was transported to a hospital with serious injuries.

Police said there was no indication of anyone being under the influence of alcohol.

No names have been released yet.

Riverside was shut down between 61st and 71st temporarily.