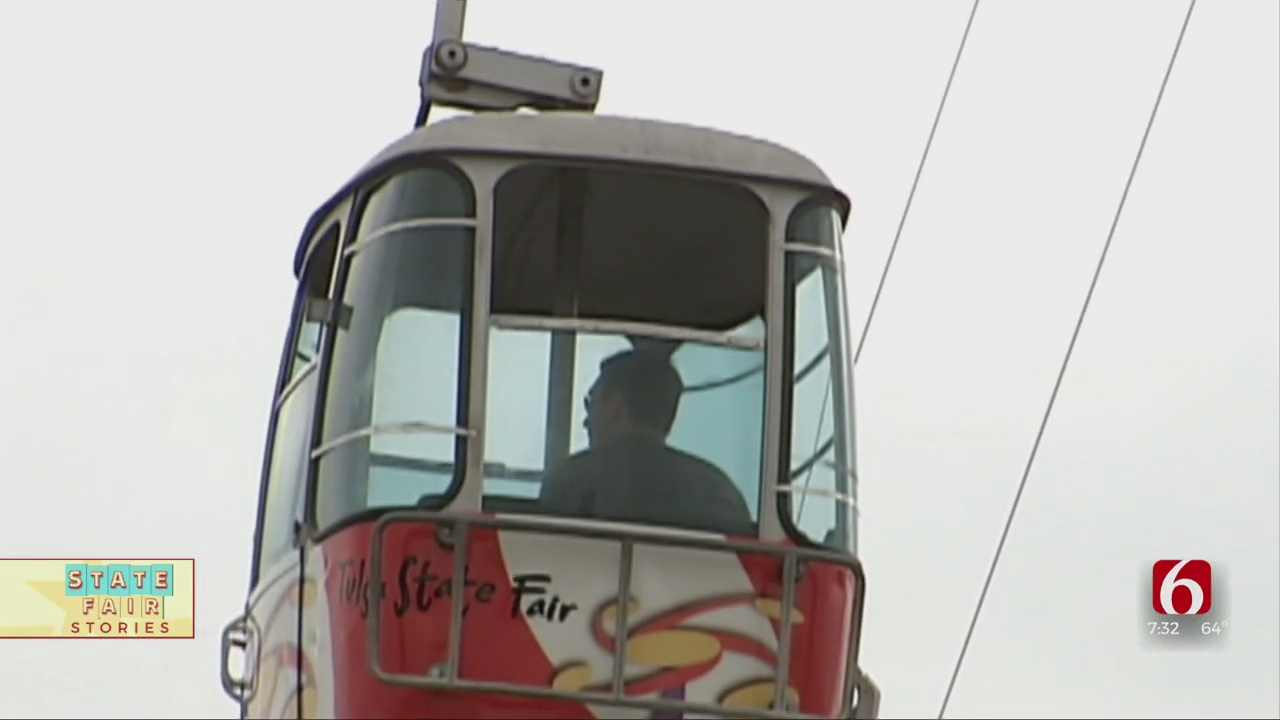 Approximately 65,000 people ride the Skyride every year during the Tulsa State Fair and, if 2019 was its last year, it's been a great run!

Don McClure is the most recent Tulsa operator. He also operates the Skyride at the Minnesota State Fair.

He believes tradition keeps riders coming back for more.

"To see kids that are, [for the] first-time, riding the Skyride with their parents or grandparents--who probably rode it years back--it's really quite a tradition, and it's fun to see that happen," said McClure.

The Skyride came to the Tulsa State Fairgrounds in 1965, and as Robby Bell tells it, it took a little salesmanship.

"The people at the Fairgrounds told the Infrared Sandwich guys, who put the one in in Minnesota, that this fair would generate as much revenue as the Minnesota Fair. Well, nothing could be further from the truth," Bell said.

But, the Skyride was lucrative enough for Bell's Amusement Park to buy the Ride in 1971. To this day, it's the only permanent ride on Expo Square, and only operating during the 11 days of the fair because the folks at Expo Square said it takes up to two months to get it ready to roll.

McClure said it is one of 100 built in 1960s, and nearly identical models run year-round in San Diego and Tampa Bay.

"It's a great old ride, and very robust. It's a great way to spend an afternoon, or evening, at the Fair," said McClure.

"The Skyride is such a nostalgic ride. It's got great views, wonderful sunsets, and you can see the City of Tulsa skyline from it," Blair said. "It's definitely a great asset and has provided many memories over the years."

But as of today, there is no operator for it. The contract with McClure's company ended after 2019's fair, but by both sides' accounts, it ended on friendly terms. McClure told News On 6 Tulsa's ride was "a little bit of challenge," specifically the cost of relocating crews to Tulsa every year to run it. So, what's the future? Will the Skyride return, assuming there is a Fair in 2021? No one is ruling it out.

"It certainly could be possible. Who know what the future will hold? But, no, terrific relationships with everyone involved," said McClure.