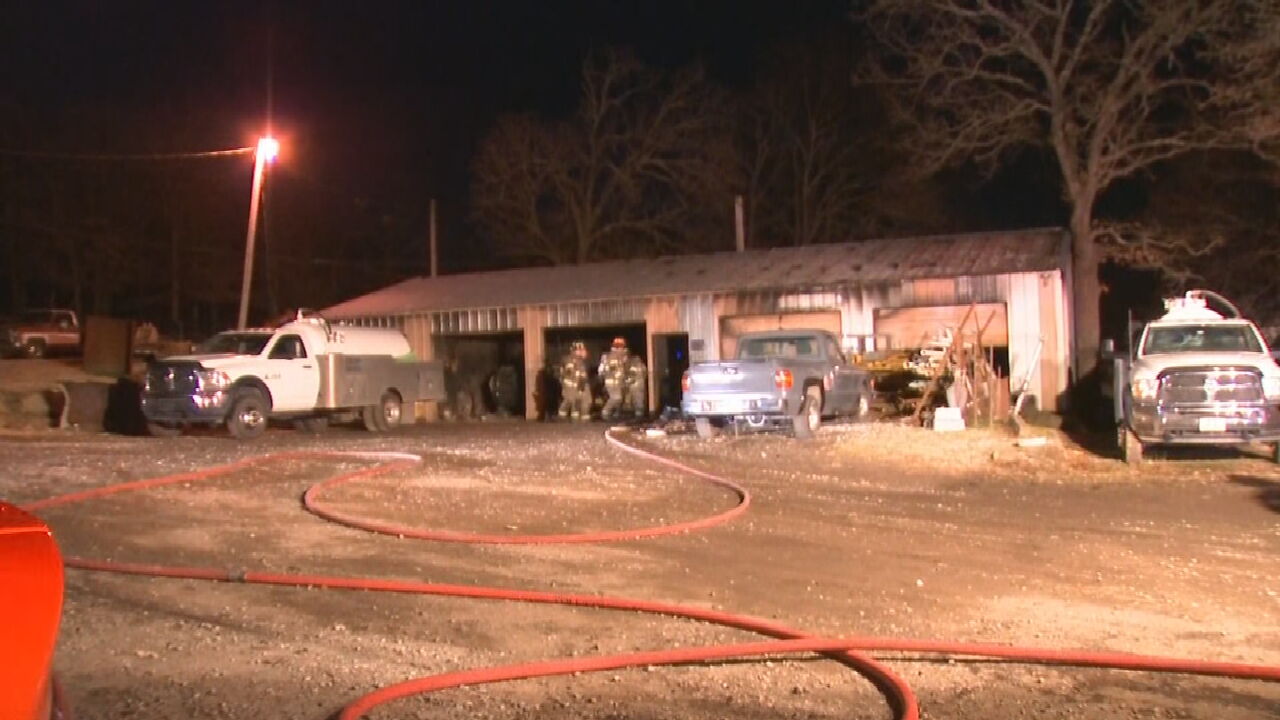 Sapulpa fire crews on Monday are investigating a fire that broke out in a garage overnight.

Crews were called to the scene of the fire near South 69th West Avenue and Southwest Boulevard in the Oakhurst area around 12:30 a.m.

Fire officials said that the homeowners came home to find smoke coming out of their shop building.

According to firefighters, the garage, where the fire broke out, housed a work truck, a couple of old cars that were being restored and some septic tanks.

Firefighters on the scene said that most of the cars and materials that were inside of the garage were damaged.

Crews were able to quickly extinguish the fire however the cause is still unknown.