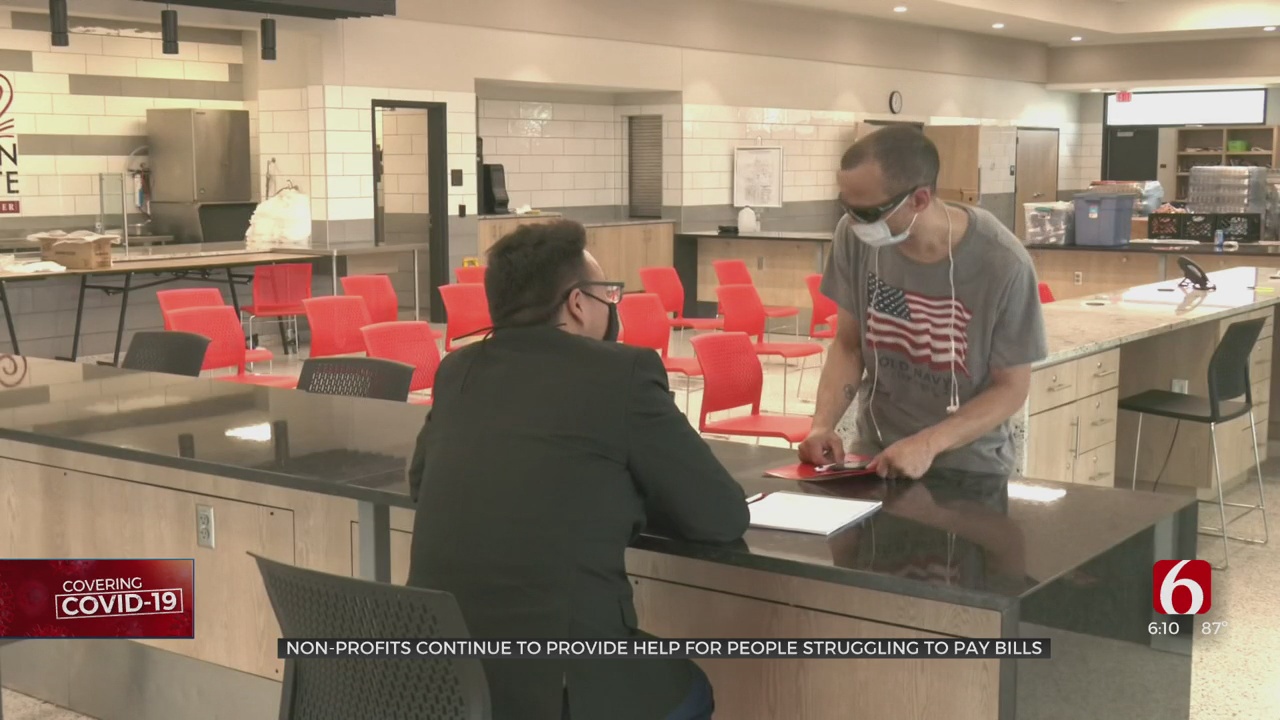 While the Biden administration has temporarily extended the eviction moratorium, Tulsa nonprofit Iron Gate is hosting a hub to connect tenants facing eviction with several agencies that can help them pay their bills.

"Something that has been in the works for a while, this is obviously a crisis that has brought an opportunity,” Restore Hope Ministries Executive Director Jeff Jaynes said.

It’s an opportunity that puts several agencies that offer financial and legal help for tenants in one spot.

Jaynes said tenants can visit the hub before their eviction hearings, as it's just across the street from the court. Although the hub also helps those who are not facing evictions, Jaynes said the focus is to help those facing eviction.

“They are the ones most concerned; they are the ones that have that court date. There we some cases that were set on the docket today and we want to make sure those tenants know there is help out there for them,” Jaynes said.

Once tenants register inside Iron Gate, they'll be connected with the right services.

"I think this was always the vision when they built the building to find other ways to use the space to help the community,” Iron Gate Executive Director Carrie Henderson said.

Henderson said they expect between 30 to 90 tenants each day. She said it's still unclear how long the hub will be open.

"We are at the mercy of the courts, so we will see,” Henderson said.

Jaynes said it's worse for landlords if they choose to evict, since landlords won't be able to collect the rent payment.

"We'd rather pay that old debt and pay the way forward,” Jaynes said.

There is someone standing by to help Monday through Friday, from 1 p.m. until 3 p.m.