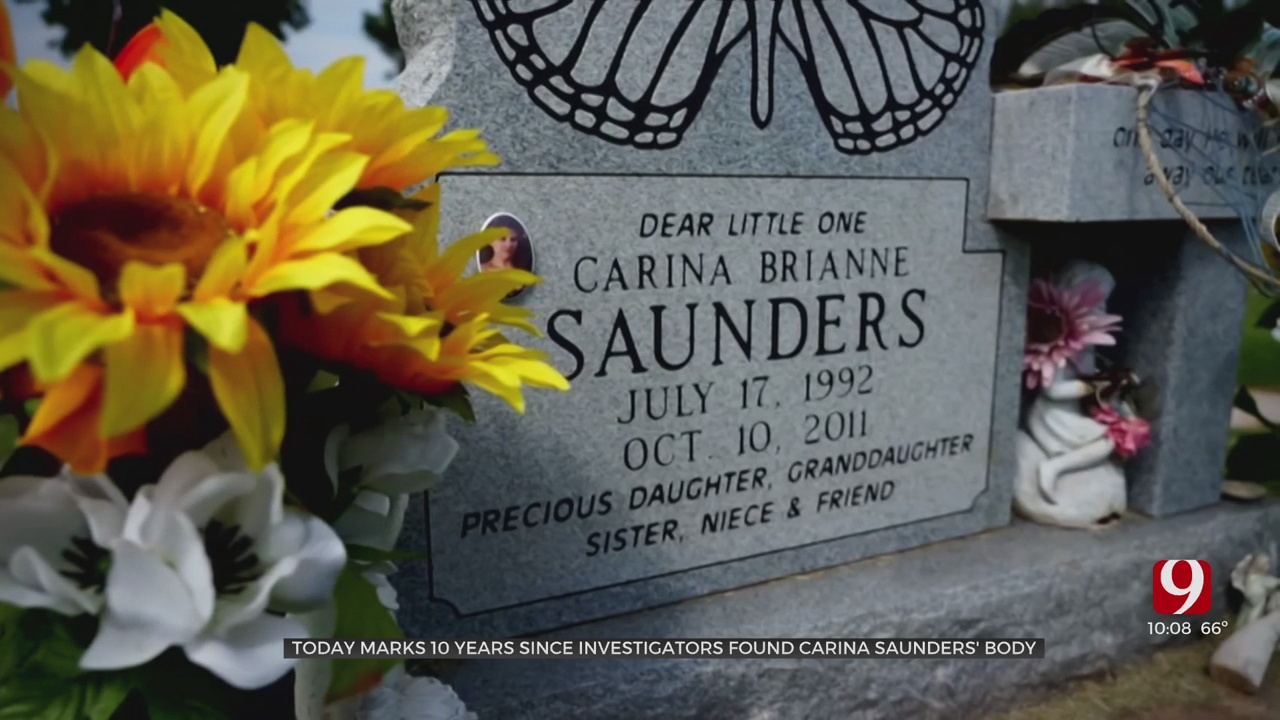 “It just seems like it gets harder each year,” Margie Queen, Carina’s mother, said.

A painful reality haunts the family a decade later –someone savagely killed Carina and continues to get away with it.

Saunders’ dismembered body was found in bags behind a grocery store near Northwest 23rd and Rockwell Avenue in Bethany, Oklahoma on October 13, 2011.

The case has been shrouded in mystery from day one but is more difficult to accept today.

Local and state investigators have run down hundreds of leads, to no avail.

“It's daunting at times, it's hard to remain strong” Queen explained.

And yet she maintains her strength by drawing from deep within and it is fueled by a desire to know more about the murder. Perhaps, even solve it herself.

“There's several people that I would like to talk to,” Queen said,

She said she’d ask Saunders’ killer(s) what happened to her daughter and why.

At this point, the unknowns are most frustrating for Carina Saunders’ family.

Margie said she and countless others have retraced Saunders’ final steps in hopes of finding new leads in the case.

Her investigative efforts and those of law enforcement have yet to uncover a crime scene or a motive.

Several possibilities have been explored starting with the state investigators affirming that she left the Newcastle Casino in a red Ford truck on October 8, 2011.

From there, the timeline splinters into theory and speculation, with wide-ranging and often conflicting stories and statements from witnesses, persons of interests, and two initial suspects.

One fact that is still undisputable, Saunders' murder was as heinous as any ever committed in Oklahoma and that it remains unsolved is unbelievable for many.

“Why is her murder, in such a way that 10 years later, we don't have answers, why has no one come forward?” Margie questioned.

If you have any information that could help answer any of those questions, call the Oklahoma State Bureau of Investigation at 1-800-522-8017 or tips@osbi.ok.gov. You can remain anonymous.

Read: Sister Of Carina Saunders In Training To Become A Homicide Detective