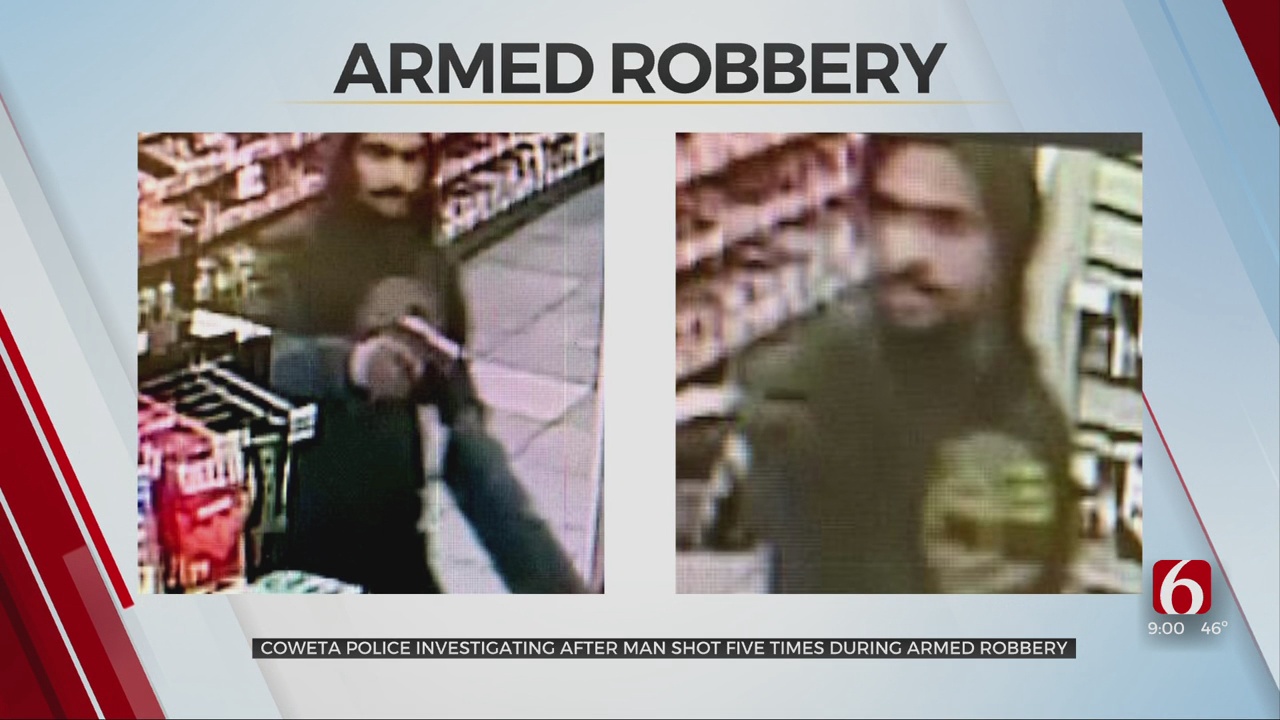 Coweta Police are searching for the suspect they say shot a convenience store clerk five times in an armed robbery.

Coweta Police Chief Mike Bell says the suspect is considered armed and dangerous, and police are not going to rest until he is in custody.

Coweta police say a suspect shot a store clerk at the Kum and Go on 151st Street and Highway 72 around 10:30 Saturday night.

The clerk tried to stop the man from getting the money, but that's when Chief Bell says the suspect shot the clerk.

“That’s when the suspect fired 2 rounds, he got the money, stayed to leave the store, the clerk decided to throw something at the suspect and he fired three more rounds," Bell said.

The suspect was able to leave the store, and Chief Bell says no one else was hurt.

Police are now talking to witnesses and getting as much information as they can.

Chief Bell says the clerk is expected to be okay, and police are doing everything they can to find the suspect.