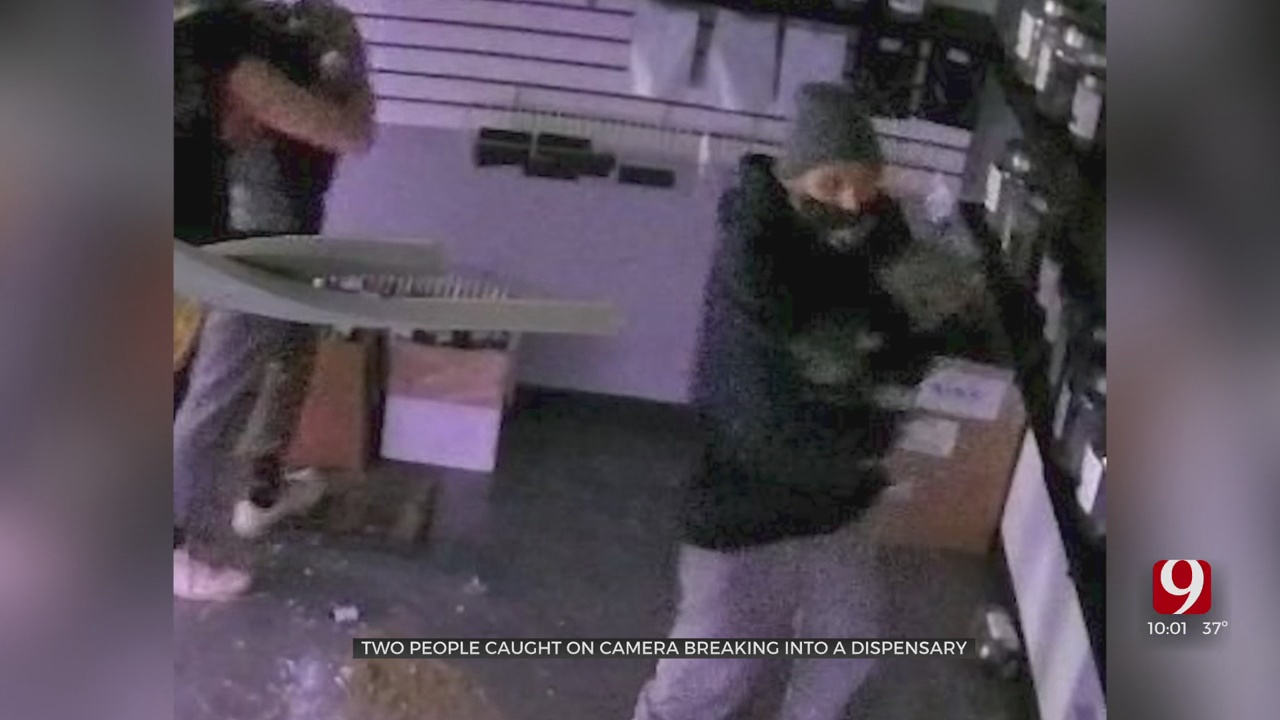 Noble Police have requested the public’s help in identifying two suspects caught on camera breaking into a medical marijuana dispensary.

Around 1:30a.m. on December 17, two suspects broke into the Twisted Roo Dispensary in Noble near 7-Eleven.

One window panel was broken out, owner Josh Blevins says, with a cinder block.

‘(I’m) angry, upset, it’s right around Christmas,” said Blevins. “I wouldn’t think something like that would happen in this small town.”

After smashing the window, both suspects are seen on camera attempting to grab as much product as they could. Several jars were smashed on the ground in the process.

Both suspects were inside for under 45 seconds.

“The cops were here within a minute, so that was good,” said Blevins. “Obviously we don’t want this to happen, but I was impressed at how fast something like that can happen.”

Police say the vehicle used appears to be a 2-door Acura.

Investigators are checking into the possibility that the two suspects have been involved in other area dispensary break-in, including the Norman area.

“We received a tip on some possible suspects,” said Springstead. “We started to work that information and are starting to feel comfortable that we may have knowledge of who these suspects are.”

Twisted Roo was back open for business the next day. They hope these suspects learn their lesson.

“Here in this small town nothing happened but some places do have armed guards,” said Blevins. “It’s not worth it. Losing a life is not worth it.”

It’s unclear just how much damage was caused; however, police estimate the figure to be several thousand dollars.

Contact Noble Police at 405-872-9231 if you have any information that could help in the investigation.