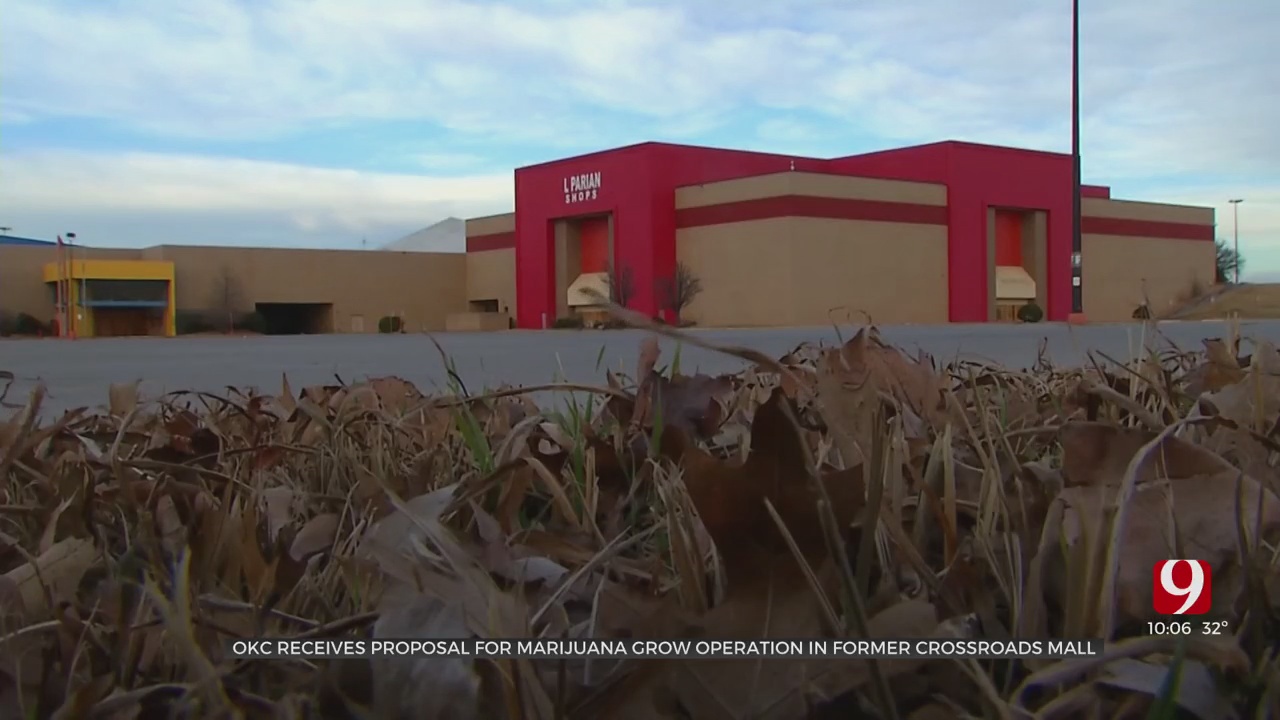 Concerns are being raised after plans submitted to the city show a section of the former Crossroads Mall and Plaza Mayor could possibly be home to a medical marijuana grow operation.

A certificate of compliance for a medical marijuana grow operation was submitted January 3 to the City of Oklahoma City’s License Division by Yang Yang of Mayor Farm LLC.

The proposed grow operation would be located in the southern wing of the former mall which was once home to Dillard’s department store.

Plans were originally submitted in late 2021, which show the entire first floor being dedicated to the operation. However, plans submitted this week appear to show a scaled back version of the operation.

The grow operation, if approved, would be next door to Santa Fe Charter School. Santa Fe currently owns the east side of the former mall with plans to expand to the north side.

“We’re not interested in any size marijuana grow retail storage or any other type of marijuana facility in proximity to where we serve kids,” said Santa Fe South Charter School Superintendent, Chris Bewster.

“I think strip clubs are legal, I think night clubs are legal, I think liquor stores are legal and society has generally said we don’t really need those near our children,” said Brewster. “I feel adamant both professionally and personally that at least for this time, this type of facility is not one that would be conducive and really aligned with what we are teaching our kids.”

According to the Oklahoma Medical Marijuana Authority (OMMA), state law only prohibits dispensaries from being 1,000 feet of a school. No law restricts where grow operations are allowed.

The former mall was sold to Linns Crossroad Plaza LLC in June 2021 for $6.5 million.

The company’s assistant, Celeste Davies, tell News 9 Yang was speaking to them about leasing space but no final decision has been made.

Brewster says this exact topic is something he would like to see discussed during the next legislative session.

“I’m hopeful that the state legislature and others revisit any other areas that we might need to do a better job of regulating this industry,” said Brewster.

If the city sign’s off on the plans, the owner would then have to apply for a license with OMMA.

OMMA says they haven’t done that nor is there a current license to operate at the former mall.

Davies tells News 9 the owner would like to develop the former mall into an Asian shopping district.