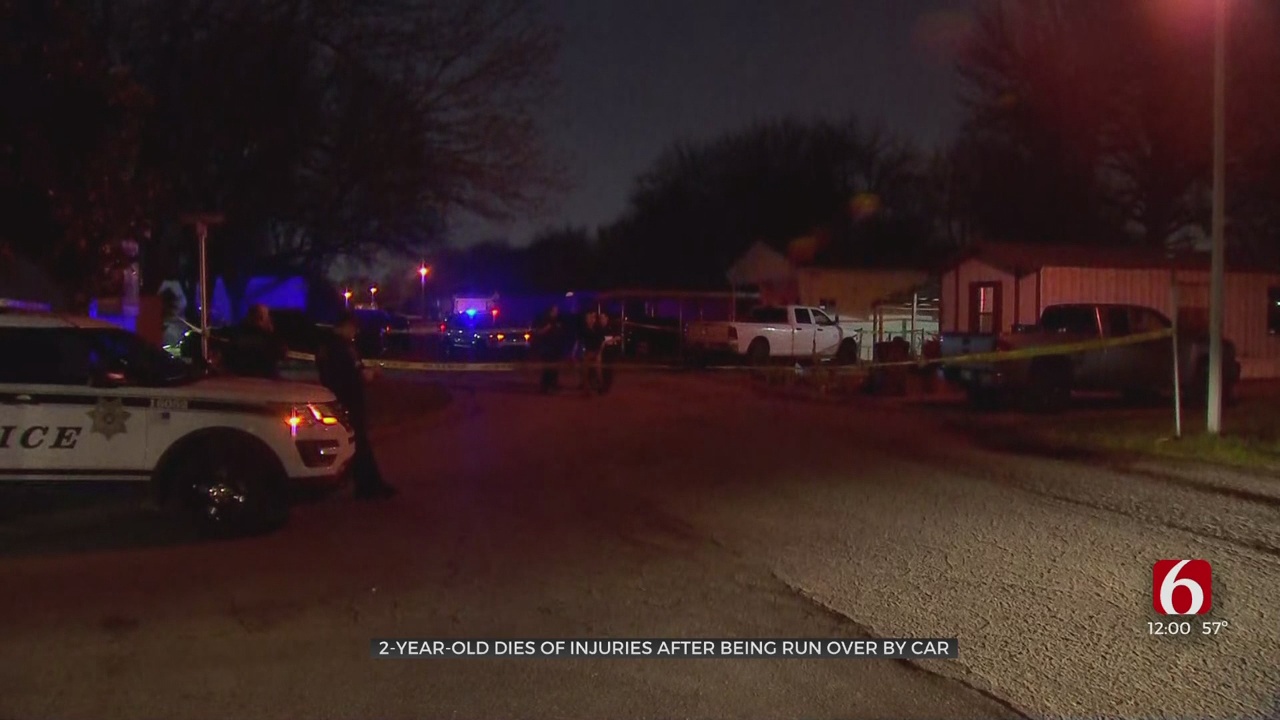 Tulsa Police said a 2-year-old boy died after he was accidentally run over by his father in their driveway Tuesday night.

It happened outside the family's home near Pine and Yale.

Related Story: Police: Child Dies After Being Hit By Truck In Tulsa

Police said the child died from his injuries just house after the accident.

"This isn't the first one like this, unfortunately. This is something that happens and it's just very important that anytime you have children, that you're aware of where they are at all time, especially when you're around a moving vehicle or anything like that," said Lt. Steven Florea with the TPD.

Investigators said that at this time, no charges are being filed.