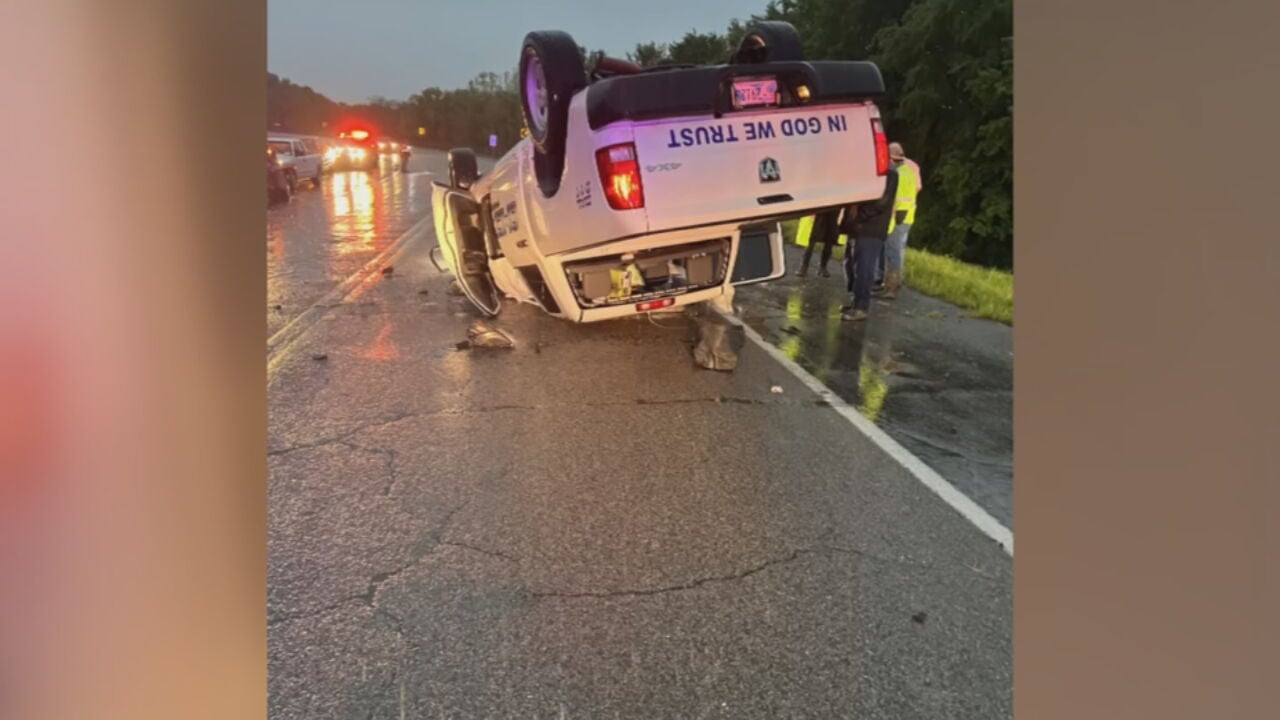 A Haskell county deputy is recovering after he hydroplaned and rolled his vehicle on wet roads while responding to an injury accident. The sheriff said people pulled the deputy from his vehicle.

Deputy Cody Boston was focused on getting to the other crash victims when he lost control and hit a guardrail. The sheriff is just glad the deputy is doing okay.

Haskell County deputy Cody Boston's patrol vehicle was wrecked after he hit a puddle and crashed on the way to respond to another crash.

"While on route to that, he crashed, lost control after hydroplaning, and wound up hitting a guardrail," said Sheriff Tim Turner. "The patrol unit flipped over on top of him."

Sheriff Tim Turner said two drivers had crashed near Kinta and Deputy Boston was 35 miles away, trying to get there in the pouring rain.

Tristin Johnson was involved in that first crash after hydroplaning. She was in this truck with her 9-year-old daughter and 18-year-old cousin who both have broken bones. Passengers in the other car were also hurt.

"They said I collapsed as soon as I knew everybody was okay," said Johnson.

Sheriff Turner said the remarkable thing about all this is Good Samaritans were a huge help at both scenes. Good Samaritans rescued people after Tristin's crash and again at Deputy Boston's crash since he was trapped inside his vehicle.

"We're thankful to God everybody is okay," Turner said. "Thankful they survived both crashes and we have citizens in Haskell county that will stop and help."

Sheriff Turner said it's a good reminder of how dangerous roads can be in the rain and how important it is to drive slowly and pay attention. "By God's mercy everybody is alive," said Turner.

Deputy Boston is out of the hospital but sore and incredibly grateful for the help and support from everybody. He wants to be back to work soon.