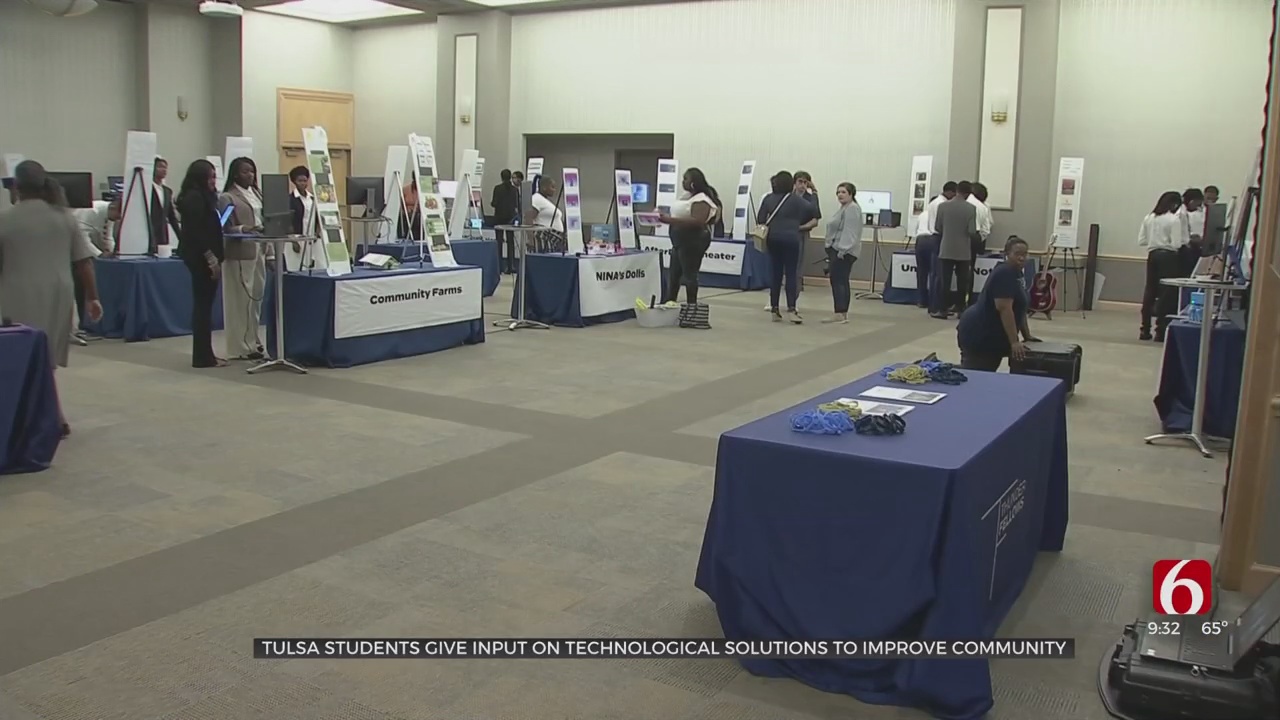 Tulsa Students Give Input On Technological Solutions To Improve Community

The 10th grader and her teammates created a mall with low-cost operations by using kiosks for shopping and a food court for social interaction.

“The kiosk's are just going to be there, you can walk in and get on them and order whatever you’d like," said Green.

Another group showed the panel of judges their app called Unknown Notes.

The app is designed to teach black people to play instruments.

“A huge part of our project is black people being able to own their own music. Because, if you look, a lot of the major record labels that African American people are signed to are owned by white people and they don’t get to reap all the benefits," said Luke Savage.

Luke Savage, a sophomore, said the free app is on its way, so you could start learning pretty soon.

“We’re currently in the beta stages, but after that, people will be able to download the app on the app store and learn how to play music,” said Savage.

"They're high schoolers understanding and navigating what it means to be a high schooler, but also committing themselves to taking on additional work for this after school extracurricular program.

"It's been wonderful to see how much they've owned it," said Cedric Ikpo, Executive Director, Thunder Fellows.

The Thunder Fellows said this is just the beginning of the program and there's a lot more to look forward to.