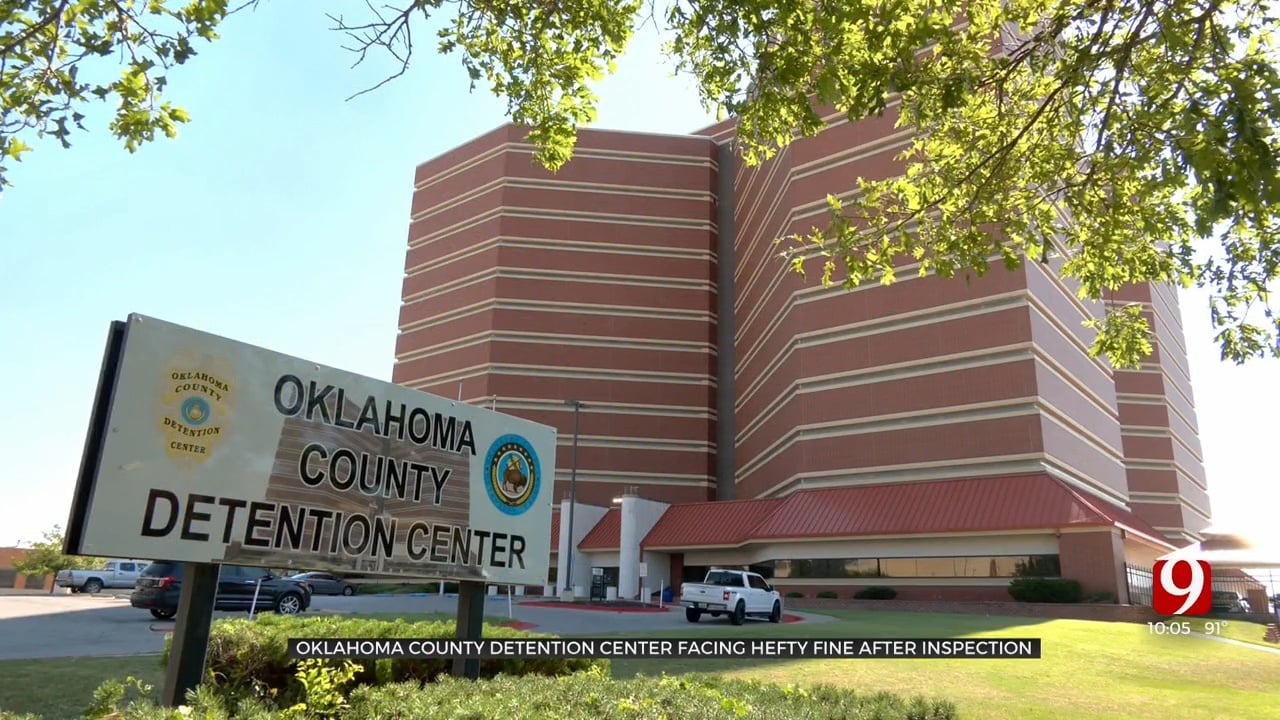 Facility administrators have appealed the order, meaning an administrative law judge will decide the outcome.

“What really stood out in the most recent report is that there were so many repeat findings from the previous reports,” said Oklahoma Health Commissioner Keith Reed. “What is really most disturbing is that we've seen an increase in the number of deaths at the jail.”

The jail announced Shawn Slavens, an inmate who was hospitalized less than 12 hours after he was booked in June, died in a hospital Monday. The death marks 2022’s 11th inmate fatality while in jail custody.

“We disagree with any implication that we are not mindful of the health and safety of the detainees,” said Jim Couch, the chairman of the Oklahoma County Criminal Justice Authority, which manages the jail.

Couch said the county has made numerous improvements to the jail in the past two years, including an overhaul of the plumbing system, a replacement of the HVAC system and other renovations.

“The Oklahoma County Criminal Justice Authority remains dedicated to providing a clean, safe facility for our staff and for our detainees, and to making improvements every day,” Couch said.

Although the new facility is expected to be built in the coming years, Reed said the issues at the current jail can’t wait.

“The setup of the jail does not make it easy for them to be efficient with their staffing. But the reality is, having incarcerated individuals there that are dependent on the staff to see to their basic needs -- that has to happen,” Reed said.

Reed said the issues still plaguing the embattled facility are centered on staffing issues and management.

The jail currently houses more than 1,500 inmates, as of July 4, and is staffed by 161 detention officers, according to jail spokesperson Mark Opgrande.

Reed said the OSDH could, in theory, seek the closure of the facility, but that would exacerbate other jail facilities.

Closing the jail is “not our goal or our intent to do that but we do have to get in compliance with the current standards,” Reed said.