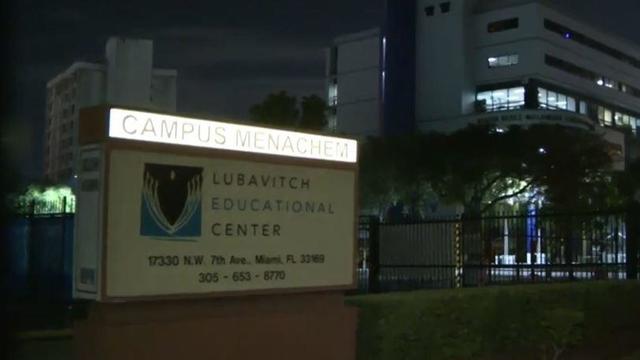 A 3-year-old boy died after being left in a car outside a South Florida preschool where both his parents are staff members, police said.

The child was one of several children from the same family who attend Lubavitch Educational Center in Miami Gardens, the Miami Herald reported.

Temperatures outside were in the mid-90s Fahrenheit. The unresponsive child was taken to a hospital, where he was pronounced dead. The boy's father was being interviewed by police late Monday, the Herald reported.

"This tragedy hits close to home, and many in our school community have been affected by it. No words can capture the heartbreak and sadness we feel," Rabbi Benzion Korf, the center's dean, said in a short statement issued late Monday.

Related Story: Father Dies By Suicide In Virginia After Discovering His 18-Month-Old Son Dead Inside A Hot Car, Police Say

Korf said a therapist and grief counselor would be available for staff and students at the center on Tuesday.

CBS Miami reports that Florida ranks No. 2 in the nation with at least 108 children who have died in hot cars in the state since 1992, according to Kids and Car Safety.

It's at least the fifth such fatality nationwide in just the past few weeks.

A 1-year-old girl died after being left in a hot car for four hours in Danielsville, Georgia, authorities said earlier this month.

Last month, a Virginia father died by suicide after unintentionally leaving his 18-month-old son inside a hot car for several hours.

Also in June, a 5-year-old boy died inside a car in Houston, Texas, as temperatures reached triple digits. In Georgia, police were investigating the death of a 3-year-old under what appear to be similar circumstances.

Mike Bettes, a meteorologist for The Weather Channel, told "CBS Evening News" anchor and managing editor Norah O'Donnell that if it's 100 degrees outside, the temperature inside a car would be 119 degrees after just 10 minutes. After half an hour, the temperature inside the vehicle would be 134 degrees, which is "unsurvivable for a small child strapped inside a car seat or for pets."