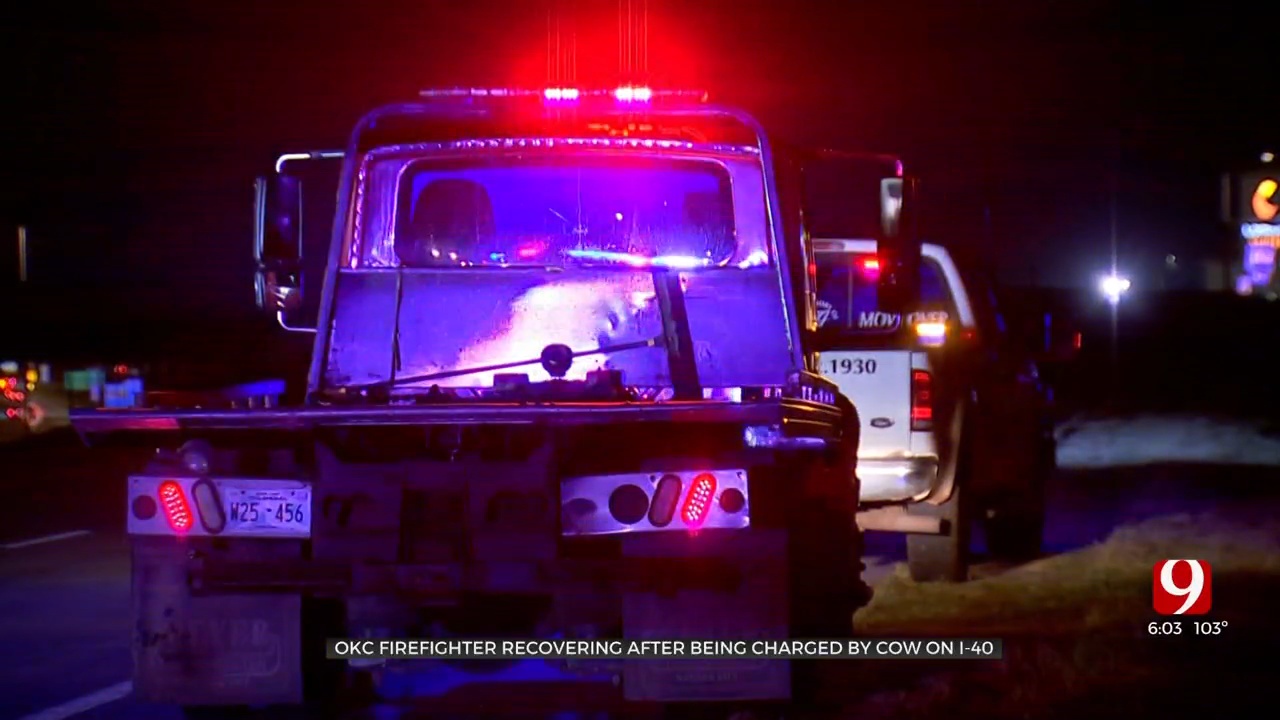 Oklahoma City Firefighter Charged By Cow On I-40 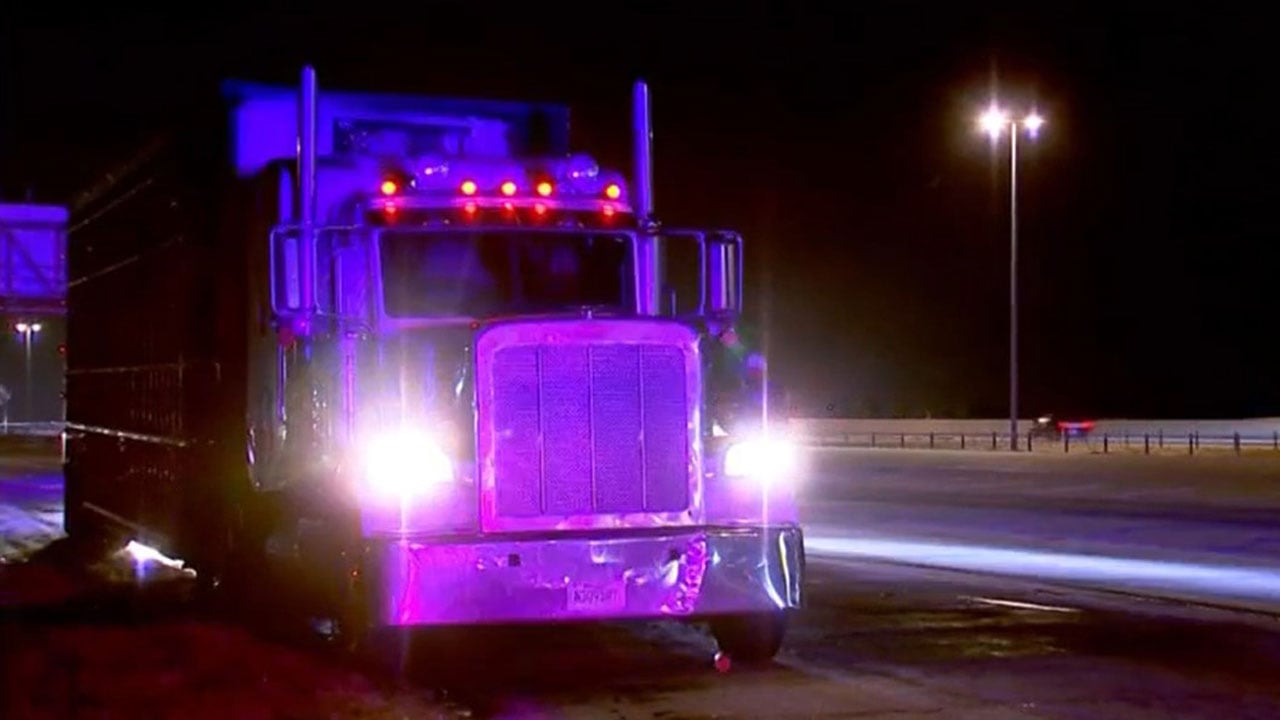 Firefighter Injured After 2 Cows Escape Trailer On I-40 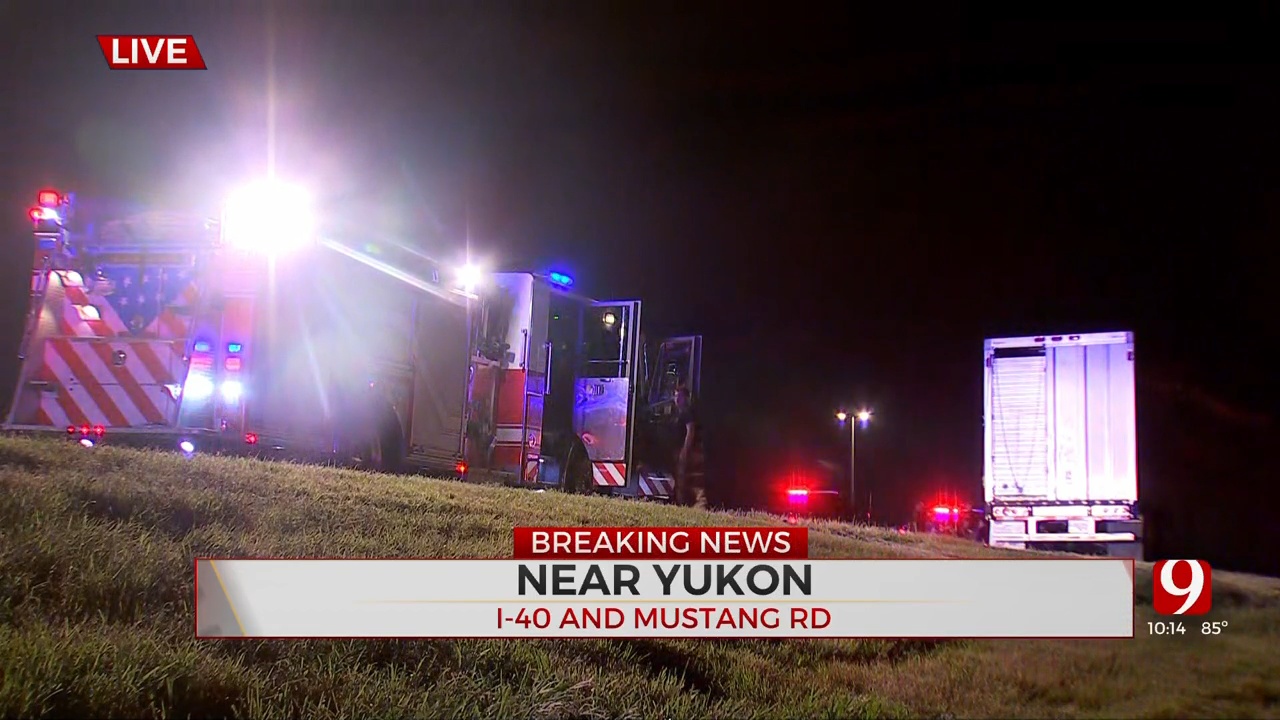 Cows Make A Break For It After Semi Fire

An Oklahoma City firefighter is recovering right now after being charged by a cow.

The Oklahoma Highway Patrol says two cows were loose along I-40 and Mustang Road last night after a cattle hauler caught fire.

The OHP says cowboys from Stockyards City were called out to help move more than 60 head of cattle from the burned trailer to another vehicle.

We're told one cow had to be put down on the scene.

An Oklahoma City firefighter was injured after two cows escaped a cattle trailer Friday night on I-40.

It happened just after 9:30 p.m. near Mustang Road.

Troopers said the trailer was on fire, and the firefighter was hurt trying to corral the cows.

OHP and Oklahoma City Police officers shot and killed one cow after they said it charged and injured the firefighter.

Troopers said that firefighter is expected to be okay.