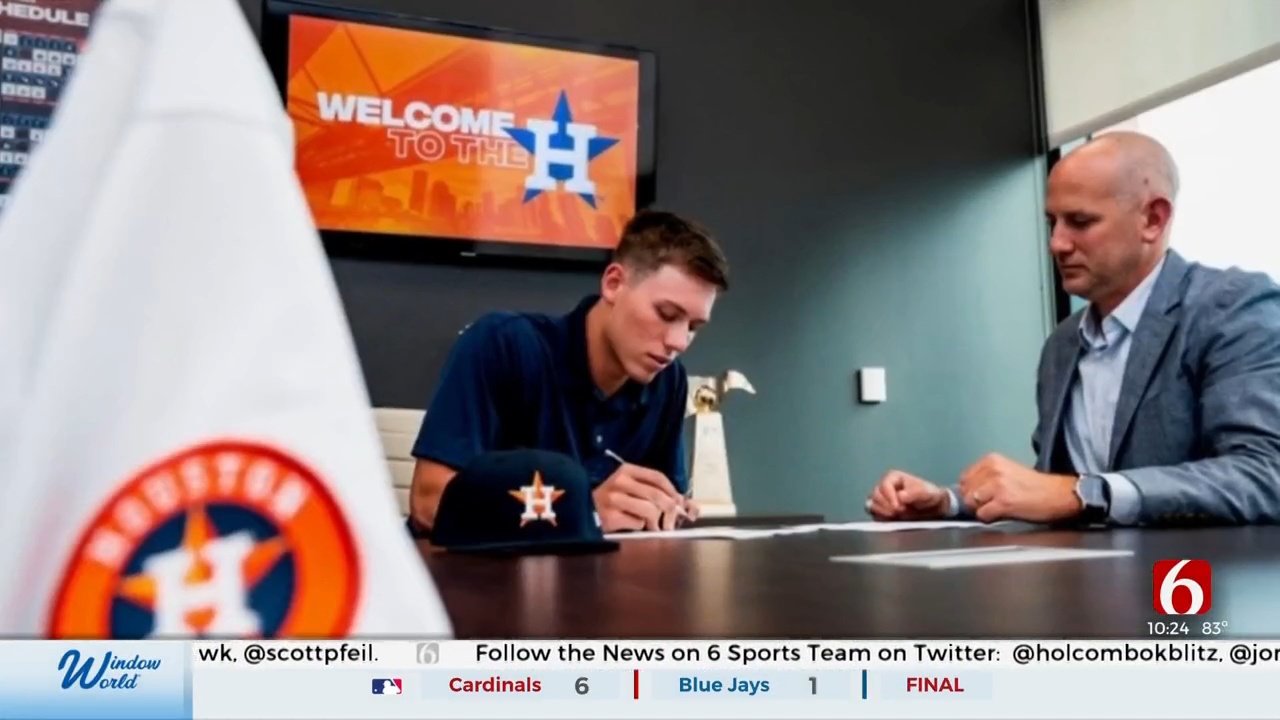 Jackson Loftin might have played for ORU for just one season, but the Texas native made the most it. The Houston native will now call the Astros home.

Playing professional baseball is something Loftin aspired to all the way back to when he was just one year old.

Just over a week ago, his dream became a reality. He was selected by his all-time favorite team the Houston Astros, with 403rd pick in this year’s Major League Baseball draft.

“I grew up an Astros fan. I've been to probably over a 100 games at minute made. I can't put into words how cool it is,” said former ORU Baseball player Jackson Loftin.

The shortstop played just one season for ORU. But it was a memorable time, smashing 10 homers on 75 hits and collecting a team best of 25 steals. He also hit well above 300.

While he climbs the ladder in the minor leagues, Loftin is soaking up every moment he has in the club house.

"We are walking out the other day, we are literally going to work right now. We are going to play baseball and rolling up to the field and the locker room. We are wearing Astros shirts, Astros shorts, Astros hats. It’s crazy," said Loftin.

The story that started in Houston with that shortstop at ORU has now come full circle.

The Call Up: The Return Of High School Football