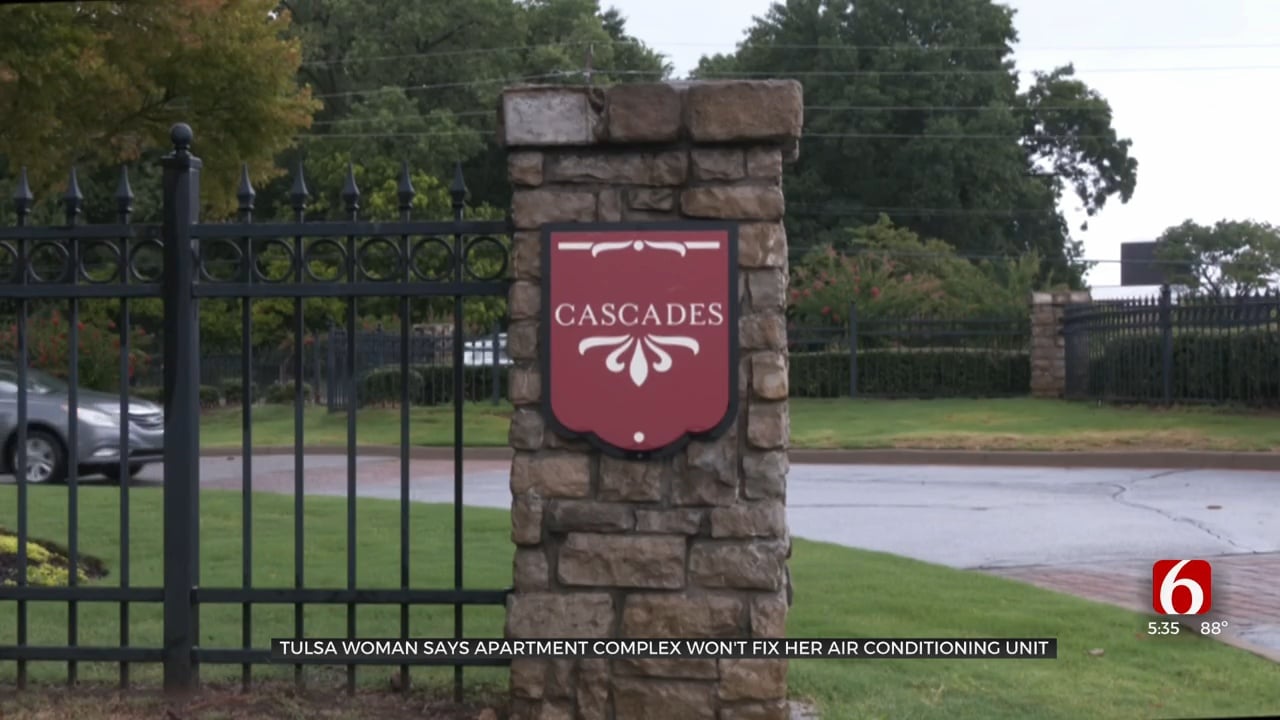 With more extreme heat expected this week, one Tulsa woman is desperate for help because she says her apartment complex won’t fix her broken AC unit.

Hailey Olmstead is frustrated because, she says, management at the Cascades at Southern Hills Apartments have refused all her requests to fix her AC.

Olmstead moved to Tulsa with her boyfriend at the beginning of this month and says she quickly noticed the AC wasn’t working right.

"The highest it has got was 92 [degrees] in here, which is unbearable,” said Olmstead. “I had to leave for the day until it cooled off at night."

Olmstead bought a portable AC unit until management can fix it.

She says she has gone to the leasing office several times and employees have told her they have been putting in work orders.

Olmstead says the complex has not offered to help her find somewhere else to live while she’s waiting for repairs.

"They have not came and spoke to me, they haven't offered me anything,” Olmstead said. “They're expecting me to still pay for next month."

Olmstead urges people to research apartment complexes and management before they sign a lease.

"Whenever you go and apply at an apartment, I would like everyone to just be very attentive, see what they're doing when you're not looking, just pay close attention to all the little things," said Olmstead.

News On 6 reached out to management at the Cascades at Southern Hills about the repairs but so far, have not heard back.