‘El Jefe’ The Jaguar, Famed In US, Photographed In Mexico 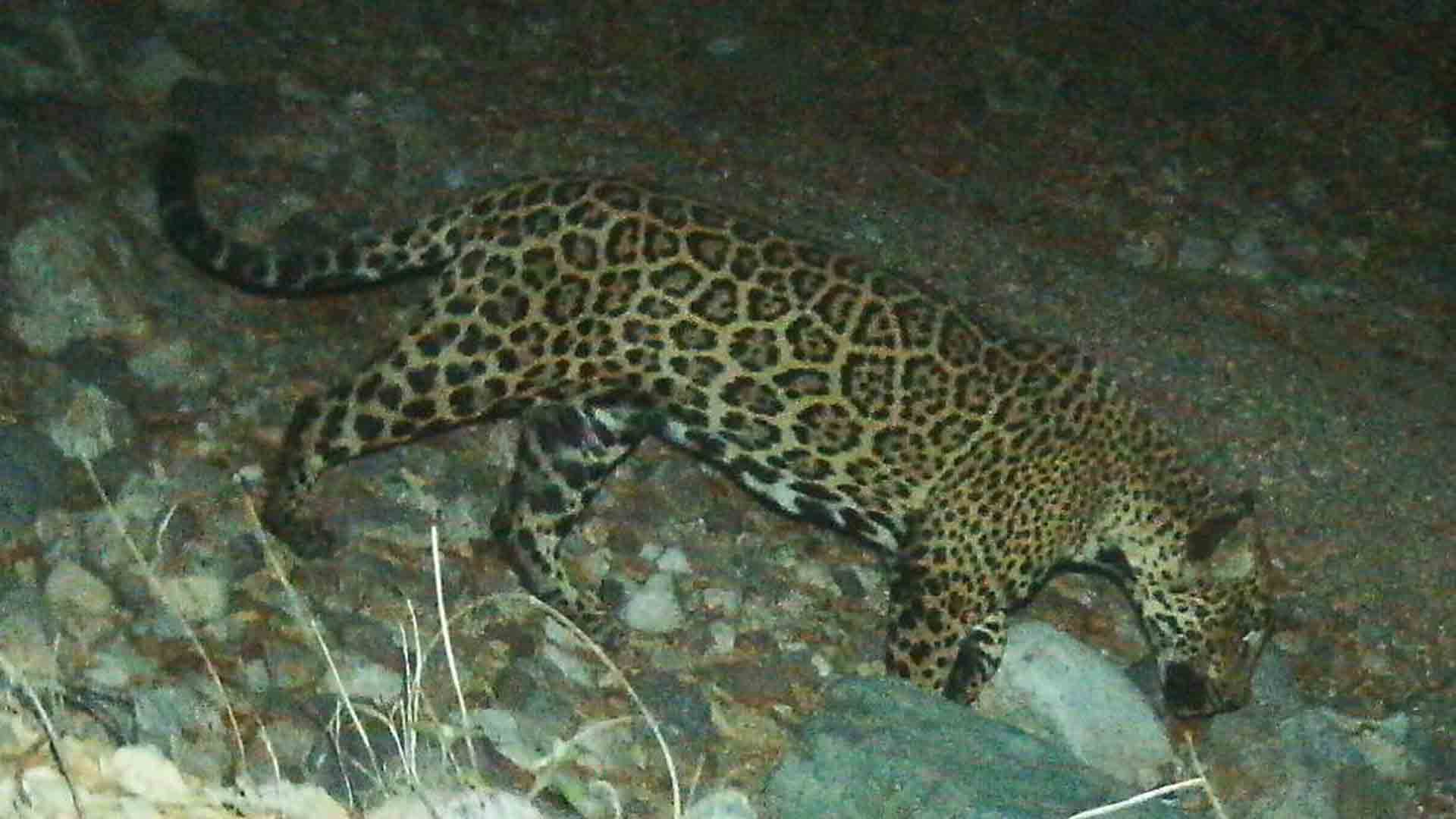 They call him “El Jefe,” he is at least 12 years old and his crossing of the heavily guarded U.S.-Mexico border has sparked celebrations on both sides.

“El Jefe” — or “The Boss” — is one of the oldest jaguars on record along the frontier, one of few known to have crossed a border partly lined by a wall and other infrastructure to stop drug traffickers and migrants, and the one believed to have traveled the farthest, say ecologists of the Borderlands Linkages Initiative, a binational collaboration of eight conservation groups.

That assessment is based on photographs taken over the years. Jaguars can be identified by their spots, which serve as a kind of unique fingerprint.

The rare northern jaguar’s ability to cross the border suggests that despite increased impediments, there are still open corridors and if they are kept open “it is feasible (to conserve) the jaguar population in the long term,” said Juan Carlos Bravo of the Wildlands Network, one of those groups in the initiative.

But some fear for the jaguars’ future. Although it was the government of President Donald Trump that reinforced and expanded the border wall with Mexico, the Biden administration has announced plans for closing four gaps between the U.S. state of Arizona and the Mexican state of Sonora — the two states the jaguars traverse.

Conservationists do not know how many jaguars there are in the Sierra Madre Occidental, but of the 176 that have been identified over two decades by the Northern Jaguar Project — another group in the initiative — only two others besides “El Jefe” are known to have crossed the border, Bravo said. In one case, conservationists are not sure if the jaguar crossed the border alive or dead since only its skin was found.

The first photograph of “El Jefe” was taken by a hunter southeast of Tucson, Arizona, in 2011, Bravo said. The jaguar became famous in Arizona and a local school named him “El Jefe.” Motion sensor cameras installed in transit areas photographed the jaguar in Arizona again in 2012 and in 2015.

Conservationists were stunned when they confirmed that a photograph taken by another member of the coalition, Profauna, last November in the center of Sonora was “El Jefe.” The discovery meant not only that jaguars could still cross the border but that other jaguars they had lost track of could also still be alive, the initiative said in a statement.

Hunted in the southwestern United States for rewards offered by the government to promote cattle ranching, they were thought to have disappeared from the U.S. by the end of the 20th century. Jaguar populations are currently concentrated on Mexico’s Pacific coast, southeastern Mexico, Central America and central South America.

A sighting of jaguars in the United States in 1996 prompted studies that found a reproductive point in the center of Sonora.

The NGOs banded together to operate on both sides of the border to track the cats, create sanctuaries, understand where they moved and seek the support of landowners in the U.S. and Mexico to protect them, Bravo said.

Besides the difficulty of determining where to put cameras to record the animals and the subsequent analysis of the images, conservationists in Mexico face another problem: drug cartels.

“There is a presence of armed groups and drug traffickers” who pass through the same isolated areas as the jaguars, Bravo said by telephone from Sonora. “It is important to move carefully, work with the people in the communities that tell us where not to go. ... All of this is making it very, very complicated.”

The border is the main challenge for hopes to repopulate the American Southwest with jaguars, with walls impeding movement by those animals as well as the American antelope, the black bear and the Mexican wolf, Bravo said. Light towers and the roads used by the Border Patrol also are a problem, he added.

‘El Jefe’ The Jaguar, Famed In US, Photographed In Mexico