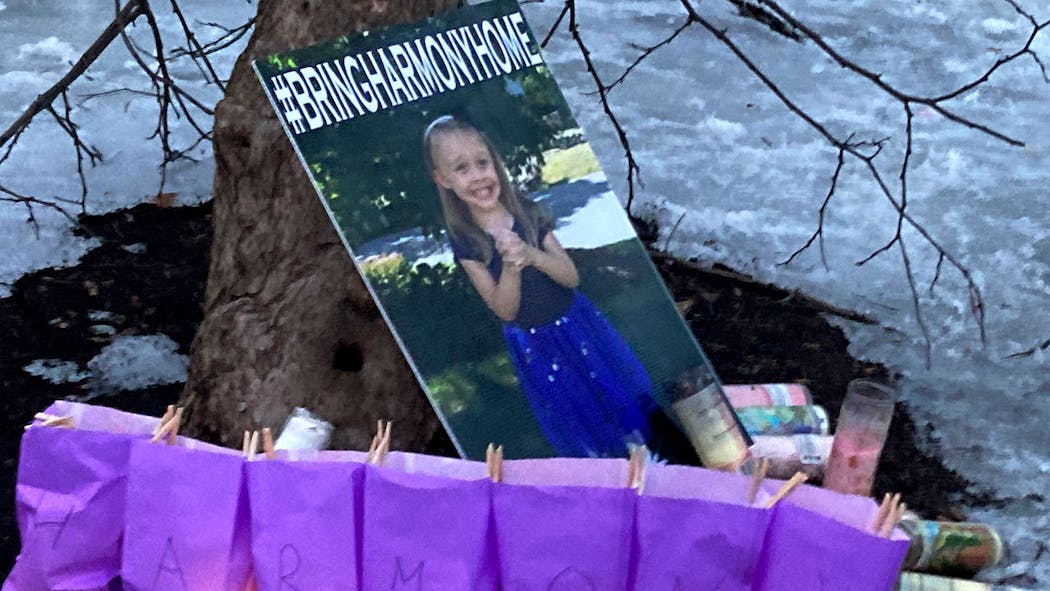 Officials are investigating the disappearance of Harmony Montgomery, who was 5 years old when she was last seen in 2019, as a homicide, authorities announced Thursday.

Montgomery's remains have not yet been found, but biological evidence "led us to this difficult and tragic conclusion," New Hampshire Attorney General John Formella said. It was not clear where the evidence was found, but Formella did say that they believe the child was killed in December 2019.

Although Montgomery was last seen in 2019, she was only reported missing in the last week of 2021, sparking a frantic search by police and local officials in Manchester, New Hampshire.

Police have not released much information on the circumstances surrounding Harmony's disappearance but have spoken to several Montgomery family members.

Earlier this year, Kayla Montgomery, the wife of Harmony's father, was arrested and charged with welfare fraud for collecting food stamps in Harmony's name. Kayla, 31, is not Harmony's biological mother, but obtained $1,500 worth of food stamps from December 2019 to June 2021 even though Harmony did not live in her home.

Her husband and Harmony's father, Adam Montgomery, was also arrested and charged with felony second-degree assault from a 2019 incident with Harmony.

Neither of the two adults has been charged with anything related to Harmony's disappearance. In June, authorities searched a Manchester home where Harmony's father and estranged wife used to live. Investigators were seen moving a refrigerator around, CBS Boston reports.

Anyone with information about Harmony's whereabouts is encouraged to contact law enforcement via the Manchester Police tip line at 603-203-6060. There is a $150,000 reward for a tip leading to an arrest.