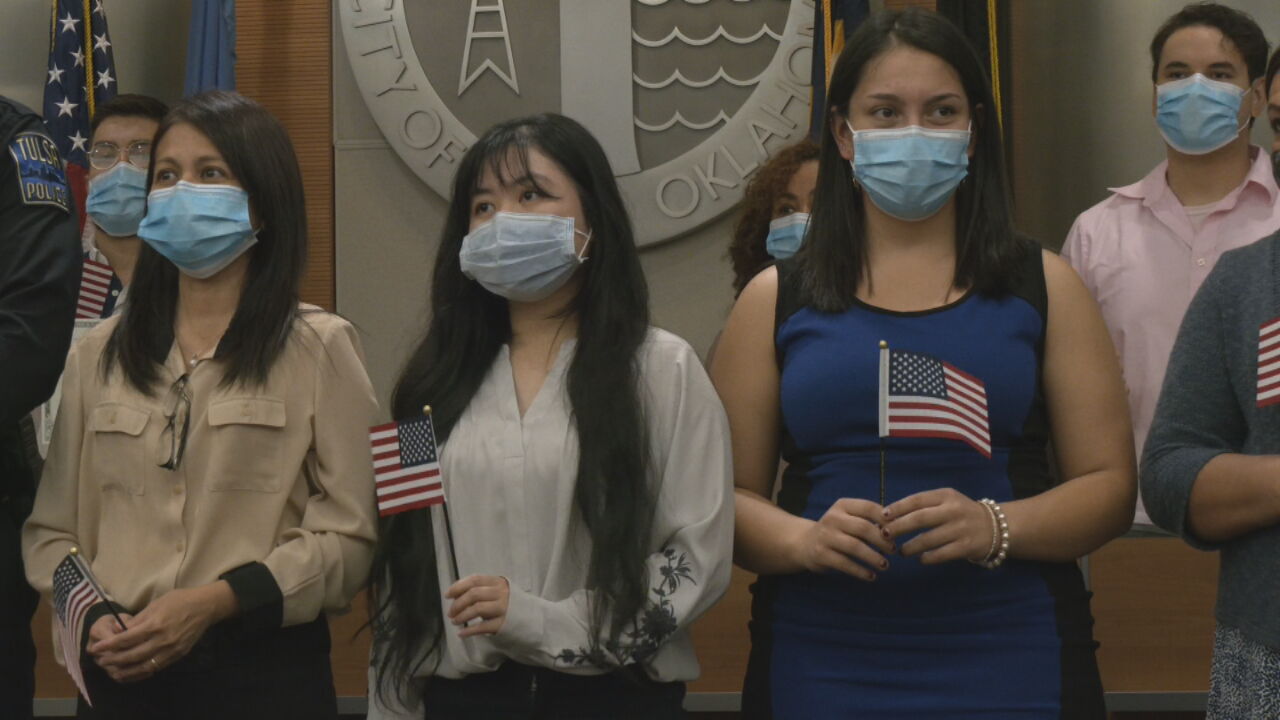 New members had friends and family by their side to celebrate as they began a new chapter as Americans.

Sukhmani Jakhar became a US citizen today. Jakhar moved to the States in 2015 to be with her husband, and she has been working toward her citizenship ever since.

With the extensive amount of paperwork and interviews that need to be completed, it can be a difficult process, but Jakhar is happy with the results.

"I'm just really happy that I now can call myself a citizen, because earlier when I used to travel it was a little bit of a problem. Because I was not a citizen yet, and my kids and my husband was,” Jakhar said.

Krystal Reyes works as the Chief Resilience Officer with the city of Tulsa. The ceremonies mean a lot to Reyes because she is a child of immigrants.

“My mother became a US citizen when I was in high school and so it's personal to me. And I know all the hard work and also what it means to be a US Citizen,” Reyes said.