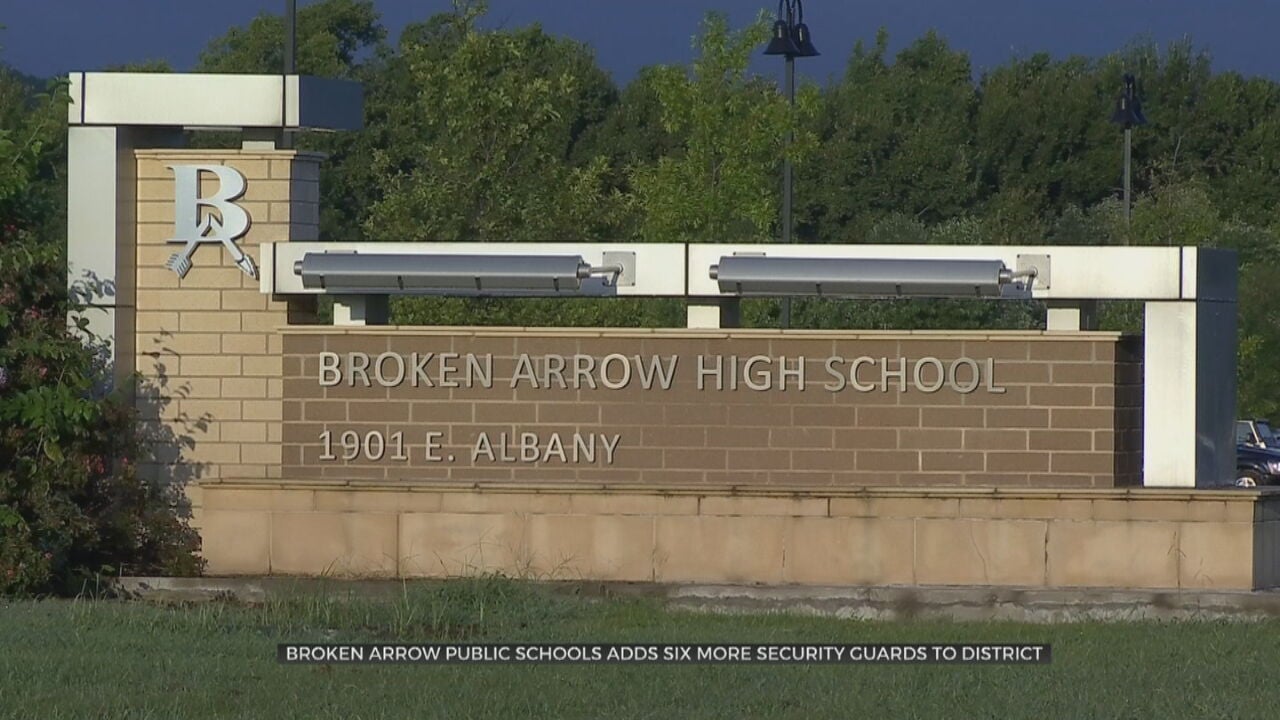 Broken Arrow Public Schools says it is adding six more security guards to its campuses ahead of the new school year. The district says this will bring the total amount of guards to 14 across the different campuses.

Leaders say the new guards will allow for security at all school sites at different times throughout the day. Broken Arrow Schools says it has a campus security coordinator with nearly 40 years of experience.

The guards also train with the police department. The district says is also equipped with secure entrances and normally practices lockdown and intruder drills.

There’s also a mobile app where anyone associated with the district can make an anonymous report about threats, bullying and even drug usage. Broken Arrow says its school sites can also use the Rave Panic Button, which connects users with 911 and other first responders and sends a text alert to school staff during emergencies.

Broken Arrow students return to the classroom on Wednesday, August 24, for the first day of school.

1st Day Of School Kicks Off For TPS Students