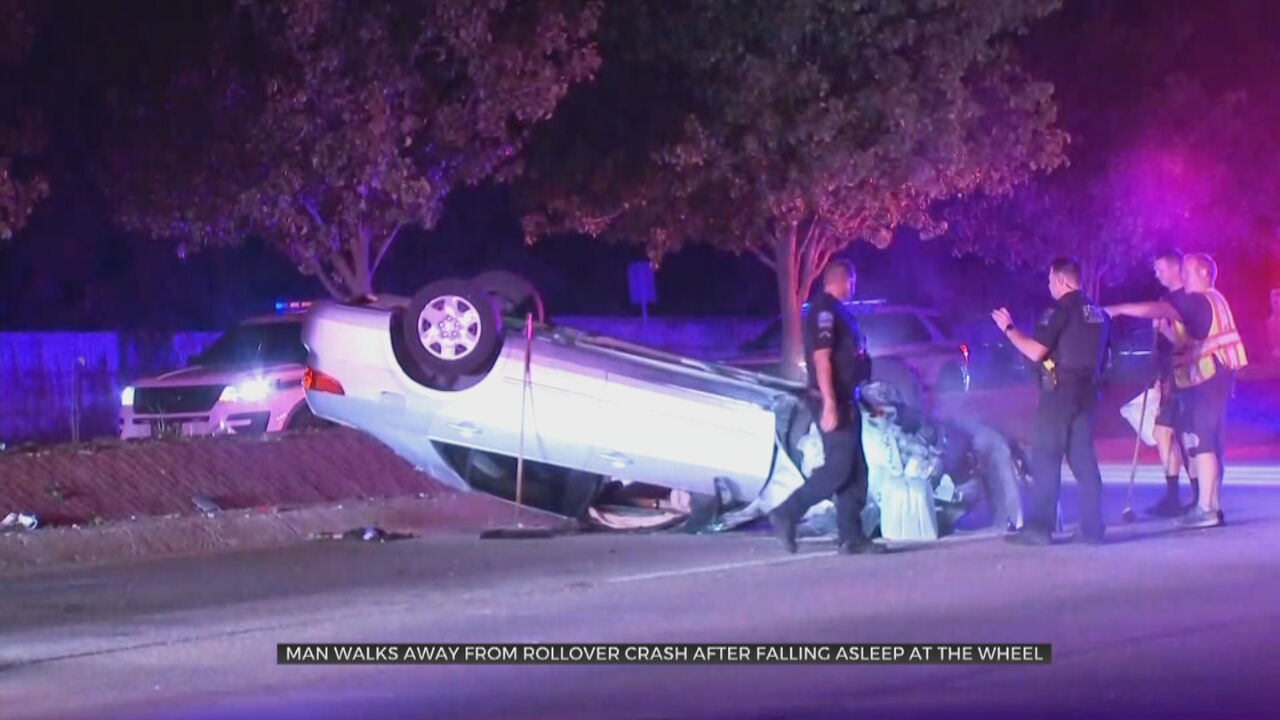 Tulsa Police say a man is uninjured after an early-morning rollover crash in Tulsa.

According to Police, the man was driving along East 71st Street and South Harvard Avenue around 2:30 a.m. on Thursday morning, when he allegedly fell asleep at the wheel.

Police say the driver then veered to the left, jumped a curb and struck a center median, causing his car to rollover.

Emergency crews were called to the scene and the man was checked out by EMSA before being released.