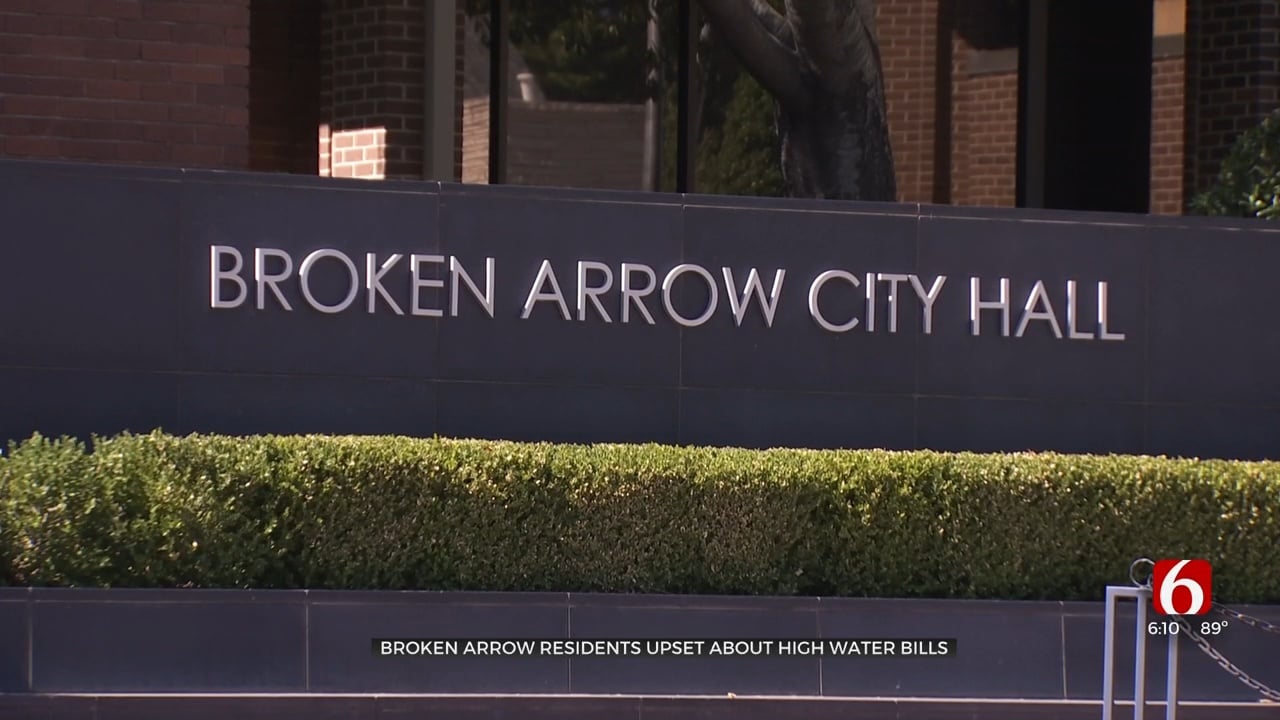 Dozens of Broken Arrow residents are sharing photos and concerns of their high water bills on social media and asking the city for answers.

A City of Broken Arrow spokesperson said staff have been getting calls from customers, saying that their bills are higher than usual.

One customer said he wants to know why his bill is up almost 2,000 percent.

Getting a glass of water reminds Barry Burmaster of a big bill he has to pay the next day. He showed News On 6 this year's water bills, which average $55 a month, but the latest bill is over $1,000.

"Fix it, and I'd like to see a refund on next month's bill," said Burmaster of his message to the city.

Burmaster said he even had his sprinkler system and home checked for leaks and there were none.

"It's crazy,” said Burmaster. “There's something wrong. A lot of people, not only myself, they're all over the NextDoor app talking about their water bills have doubled, tripled."

Others are asking questions on social media. One customer commented, "We should have water running down our streets for the last month, according to all the increases in this thread alone!"

Another customer said the city told her it went "to a new system and previous bill was undercharged, so they are making up for the difference with this month's bill."

Several others said the city told them the same. "But if that's the case, they should just let us know and tell us on the bill," said Burmaster.

The city told News On 6 no one is available for an interview and staff are responding to concerns as calls come in.

"So, hopefully they'll come out this week, read the meter and may be get it corrected, but they're going to auto hit my credit card tomorrow for $1,000," said Burmaster.

The city said if customers have concerns about their bills, call the city's utilities office and customer service will help answer those questions