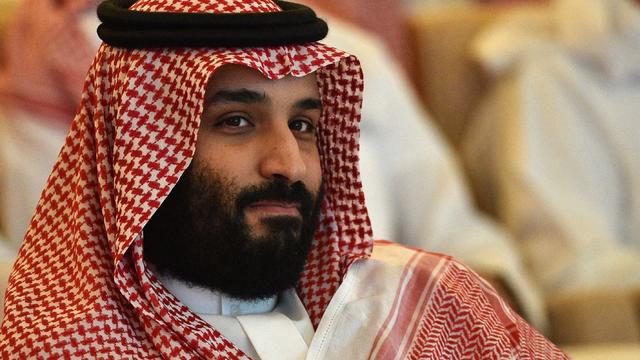 The White House this weekend sent three presidential advisers to meet with the crown prince, who had been formally serving as defense minister but has been the country's de facto leader for years. Bin Salman's younger brother, Prince Khalid bin Salman, who had served as deputy minister of defense, was named defense minister on Tuesday.

King Salman named his then-32-year-old son as heir to the throne in 2017. Although Mohammed bin Salman, widely known as MBS, had promoted himself as a reform-minded progressive, he made international headlines in 2018 after the murder of journalist Jamal Khashoggi, a Saudi-born Washington Post columnist who was critical of the Kingdom, at the Saudi consulate in Istanbul, Turkey.

CBS News reported in 2018 that the CIA concluded bin Salman ordered Khashoggi's murder. President Joe Biden, who had been critical of former President Trump's lack of action against bin Salman, in 2021 declassified an intelligence report that concluded that bin Salman had approved an operation in Istanbul to capture or kill Khashoggi. Despite saying he would treat bin Salman as a "pariah," Mr. Biden has continued to engage in diplomatic relations with bin Salman and they met in July.

Bin Salman has denied ordering Khashoggi's murder, although he told "CBS Evening News" anchor and managing editor Norah O'Donnell in 2019 on "60 Minutes" that he took responsibility for it.

Since becoming defense minister in 2015, bin Salman has also overseen the bloody war in Yemen, where Saudi-backed forces have been accused of targeting civilians and children and employing famine as a weapon. And in 2017, he was accused of rounding up and detaining princes, senior military officers, businessmen and top officials, including a well-known royal billionaire with extensive holdings in Western companies, at the Ritz-Carlton in Riyadh as part of what he called an anti-corruption probe.

When bin Salman spoke to O'Donnell on "60 Minutes" in 2018, prior to Khashoggi's murder, bin Salman was eager to promote his reform intiatives, known as Vision 2030, which allowed women to drive, updated the country's welfare state and encouraged more private investment — including in the Saudi oil industry. He promised transparency and openness, but Khashoggi was murdered just four months later.