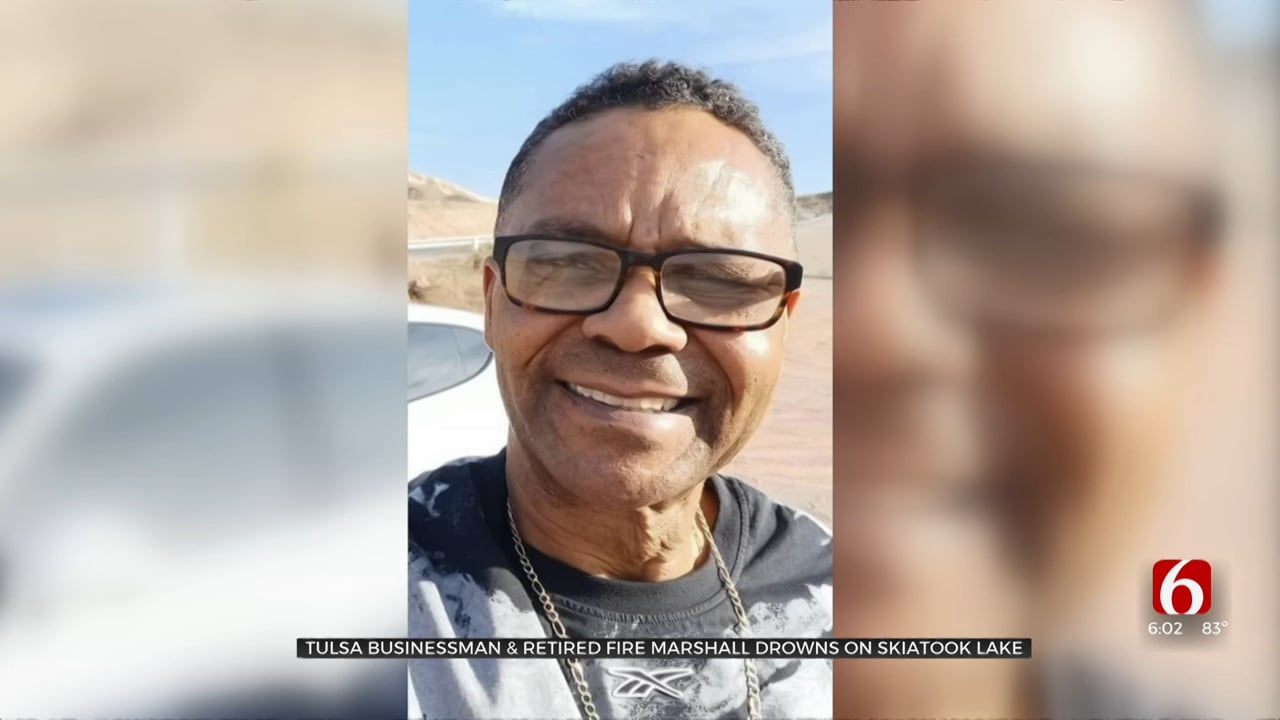 Friends are sharing their memories of a man who drowned on Skiatook Lake on Sunday. Terry McGee worked with the Tulsa Fire Department for 26 years before retiring.

The fire department said he drowned while trying to save his grandchildren.

Terry McGee was an assistant fire marshal with the department, and he started a construction company. His friends said everyone can learn something from how he lived.

Terry McGee not only owned a successful business, but his friends said he also had a servant's heart. He volunteered and served on several boards to help develop and grow North Tulsa.

Bobby Eaton has known Terry all his life. “There's people living in houses he built right now in north Tulsa," said Bobby Eaton. "It's a major loss to our community.”

Terry served on the board for the Greenwood District Main Street, where he was “a champion for his beloved Greenwood” and committed to his faith and family.

“He cannot be replaced," said Charles Harper. "It would take 100 of us to replace him and this impact in the community.”

Charles Harper has known Terry for 12 years and describes him as kind, smart and uplifting.

He said Terry was working on a big project called Black Wall Street Square. he was planning to build 24 single family townhomes next year to pay tribute to 1920s Greenwood.

“He was all about community, all about loving people, engaging people together," Harper said.

Those who served with and knew Terry on the fire department were crushed to hear about his death.

“It’s really gut wrenching when something like this happens to us," said Andy Little. Little said Terry was at Skiatook lake on a boat with his family Sunday.

OHP said one of his grandkids fell off the tube and couldn't get back on it, so Terry jumped in to help. They said the child was wearing a life jacket, but Terry was not. Firefighters recovered Terry on Tuesday.

“He was a father, a grandpa, he was a brother," Little said. "There are a lot of people hurting right now.”

Terry retired from the fire department in 2004 after 26 years of service and established McGee Enterprises.

"It's pretty evident he made an impact on people," Little said.

Mayor GT Bynum issued a statement, thanking Terry for his service to the city.

"This is heartbreaking news for Tulsa. Terry McGee was a wonderful man. Always upbeat, always positive, always focused on what he could do for the community - first as a Tulsa Firefighter for more than a quarter century and then as an entrepreneur. He had great plans for what North Tulsa could be, and was actively engaged in making them happen. His love and enthusiasm was contagious. And his final act on this Earth was attempting to help someone else. God bless you, Terry," said Mayor Bynum.

"Every friendship has the potential to shape you: my gift from Terry was the understanding that a life of service is a calling to contribute with a generous spirit and to advocate with conviction--or not at all. Terry was more than "present' around the tables to which he was invited: he affirmatively presented himself as a champion for his beloved Greenwood--its people and economy; his commitment to family and legacy; his solidarity with his sisters and brothers in the Fire Department, and most importantly, with his inerrant faith in the grace of his Creator. May his example help to order our steps," said Radney.

You can click here to donate to help Terry's family.