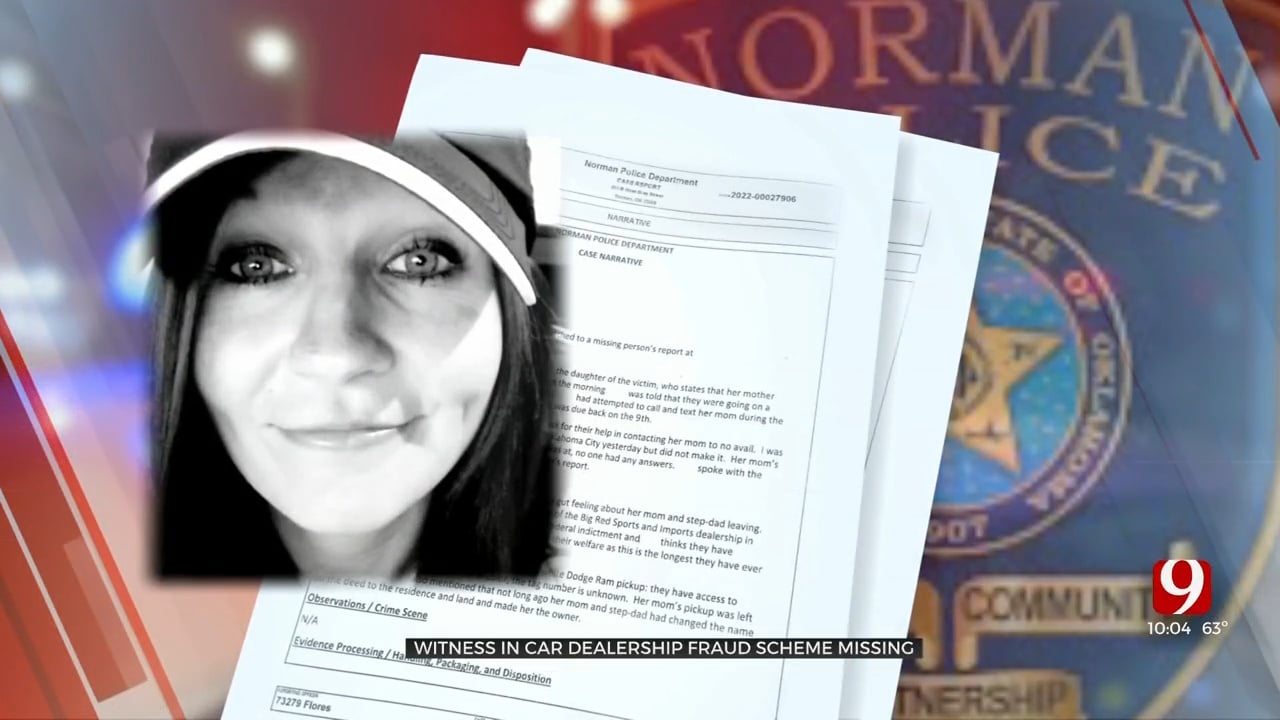 A federal defendant has vanished six months after she and two of her former colleagues were embroiled in a scandal involving a car dealership in Norman.

The three co-owners for Big Red Dealerships were convicted in November of conspiracy to commit wire fraud.

A missing person's report was filed with the Norman Police Department in June.

Courtney Wells, the dealership's former co-owner and finance manager was last seen in early May. And while no one knows where she is, in federal filings a U.S. attorney alleges the only person who would benefit from her disappearance is one of her co-defendants, Chris Mayes. Meanwhile, another report seemed to suggest she could be on the run.

In a missing person’s report filed in June, Courtney Wells' daughter told police her mother and stepfather "we’re going on a camping trip in Branson Missouri." She said over the course of a week she "had attempted to call and text her mom without getting a response."

She said she "had a gut feeling about her mom and step-dad leaving."

She said she believed they had skipped town to avoid capture due to their involvement in a federal indictment as co-owners of Big Red Sports and Imports.

Under a new name, in August, the dealership reopened and is currently being operated by a new owner and management.

She said they recently changed the deed to their residence and land, and made her the owner.

Days after Wells was last seen, attorneys for codefendant Chris Mayes filed a motion for a new trial under the basis of new evidence, in the form of emails, that they claimed would exonerate their client.

A U.S. attorney motioned for that request to be denied, and harshly scrutinized the authenticity of those emails that were allegedly sent through Wells' work email.

The U.S. attorney balked at the notion that Wells, a single mother, "decided to become a fugitive, abandoning her daughter just prior to Mother's Day and her school graduation..." saying it was "more than a little hard to believe."

Mayes is awaiting sentencing. His attorneys have filed a motion for prosecutorial misconduct. They told News 9 they believed their client's defense.