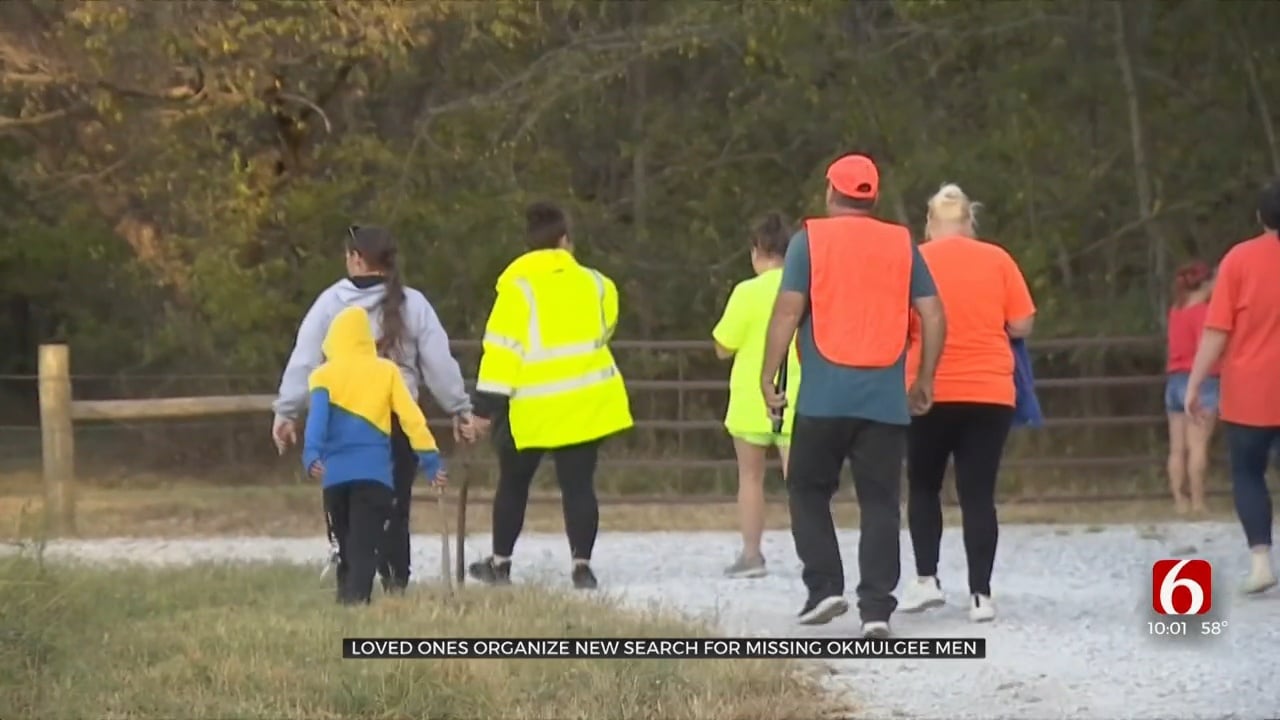 The families of the four missing men in Okmulgee are searching on their own for their loved ones after police searches came up empty.

Those families spent Thursday afternoon searching a nature preserve near the scrapyard where police spent the prior day searching.

“We have so many mixed emotions, we have no answers, no closure, no nothing," she said.

Billy Chastain's girlfriend Megan Gordon said the hope that the men are alive is starting to slip.

While they planned a search party, police spent the day following up on the numerous tips they'd received. So far they've led to dead ends.

Police are turning to something more concrete, which is GPS data from the men's cell phones and security video from the areas the men passed through. But so far, the disappearance is a mystery.

“Just that they don’t know anything, they didn’t find anything of all the searches they’ve done ... Just because they’re searching doesn’t mean we can’t," Chastain said.

Chastain and Gordon ended their search when night fell, wrapping up yet another day without their loved ones.

“We're heartbroken, we’re sad, we’re just, the unknown is what’s getting us. Like, we need some type of closure," Chastain said.

Friends and family said this won't be the end of their searches. They plan to do more over the next few days.

Police are requesting search warrants to get access to phone records and social media pages.