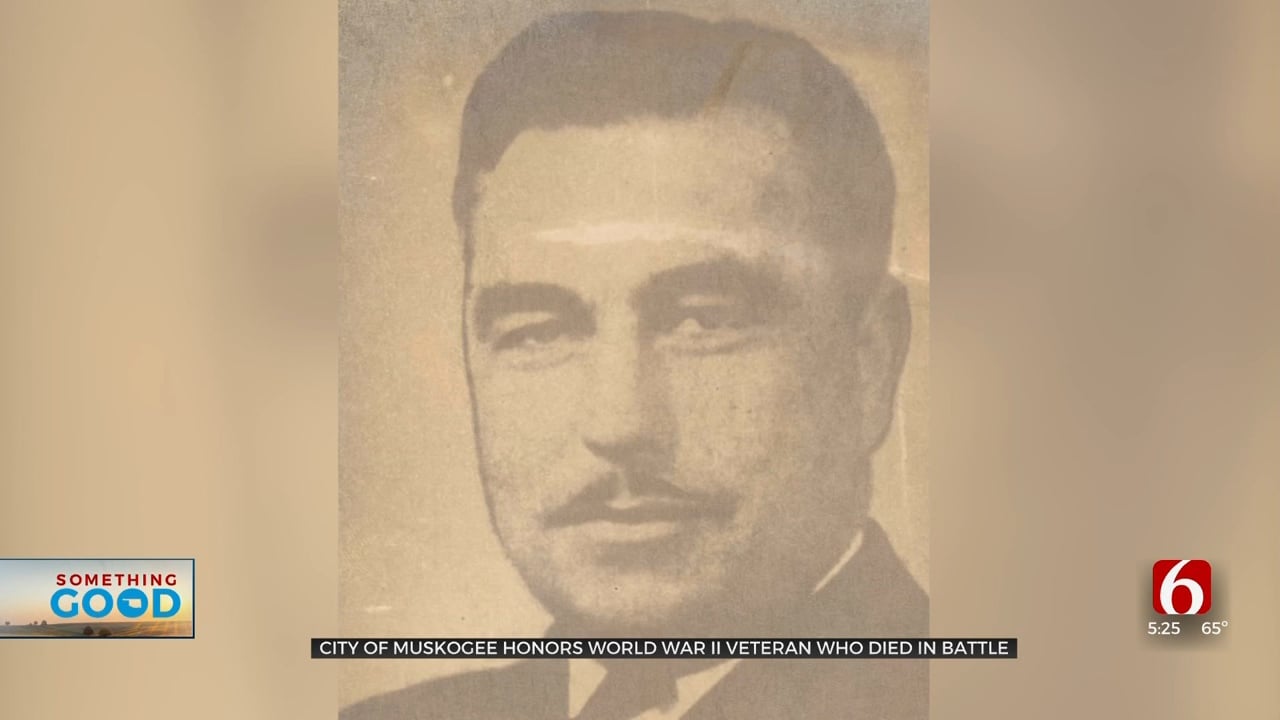 The City of Muskogee on Tuesday dedicated a monument in honor of a WWII Navy veteran who was awarded a Medal of Honor after he died.

Commander Ernest Evans earned the Medal of Honor in 1945. The Department of Defense reports on its website the award was presented to Evans’ wife at a ceremony in California.

But it took decades for Evans to be formally honored in Muskogee, where he grew up.

Tuesday morning’s cold, rainy weather did not stop people in Muskogee from bundling up and getting together downtown, to take a moment to honor Commander Evans.

A new bust and monument were revealed and dedicated, 78 years to the day after Evans died.

"Ernest Evans is one more reason I am proud to be an Okie in Muskogee,” Mayor Marlon Coleman said at the dedication.

Evans was the Commander of the USS Johnston during the Battle off Samar, part of one of the largest naval battles in history.

Wreckage from the ship, which Evans went down with, was just discovered last year.

"I was in the Navy during WWII,” Ted Hine, who came to the dedication event, said.

Hine said he was a dentist after his time in the Navy, and said he learned about Evans' story because one of Hine's patients was a family member of Evans.

"And she told me about this action that he did. And I was so impressed by it,” Hine said. "I said someday, something's gonna be done."

Evans did not have any family members at the event, and it was believed by several who attended, that he has no living family left.

The idea for a bust and monument came from a man named Stephen Raegan, who said $40,000 in donations made it all possible.

But shortly after the monument was revealed and people took pictures with it, it was hauled away.

Two men carefully set down the bust, then guided the rest of the monument to their truck.

While Evans' story is being remembered on this day, city leaders said the monument will sit in storage for now, until a new park is made for its permanent home.