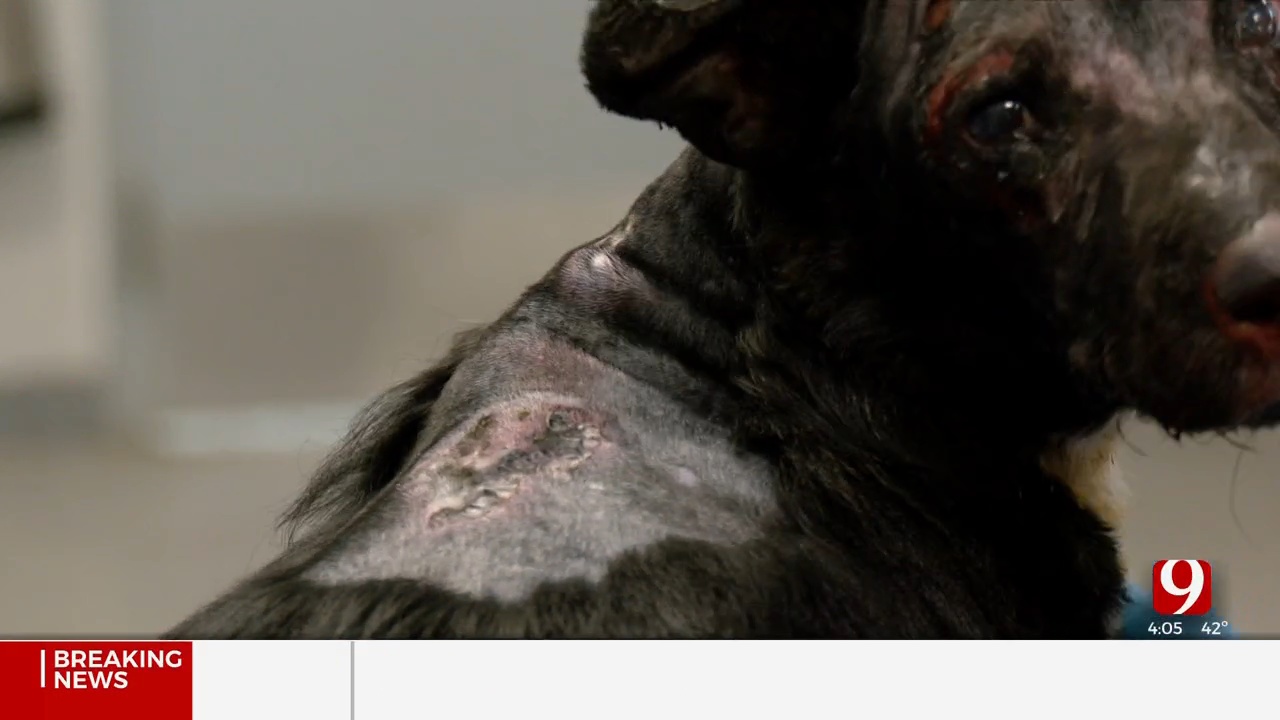 A metro family's dog is on the long road to recovery after it was burned in a fire near Northwest 16th Street and Interstate 44.

The family was safe, but one of their other dogs, Zuke, died. The other dog is recovering.

News 9 was on the scene after the fire broke out around 7 a.m. Monday.

Diana Bell, who was rescued from the home, said her boyfriend, Blaine, broke a window in the trailer saving both Diana and her dog Hannibal.

"Blaine busted out the window for us to get out and sent Hannibal out first, and I was refusing to go out without the other dog and poor Zuke didn't make it," said Bell.

Hannibal, 5, was badly burned, but his condition is already improving.

"His eyes have cleared up, and he is able to stand a little better," said Bell.

It means everything to Bell because this dog is truly her best friend,

"He goes everywhere with me,” Bell said. “We go for walks, everything. I mean, he sleeps in the bed with me. Everything.”

Neel Veterinary Hospital veterinarian Sherrie Hodgson said the clinic is taking care of Hannibal at no cost to the family. The hospital is giving him complimentary treatment.

"You have a lot of things to worry about and caring for Hannibal should not be one of them, so we are taking care of Hannibal's treatments," said Hodgson.

Hannibal is expected to be in the hospital for several more weeks.

While it appreciates the offers, the clinic said donations are not needed.