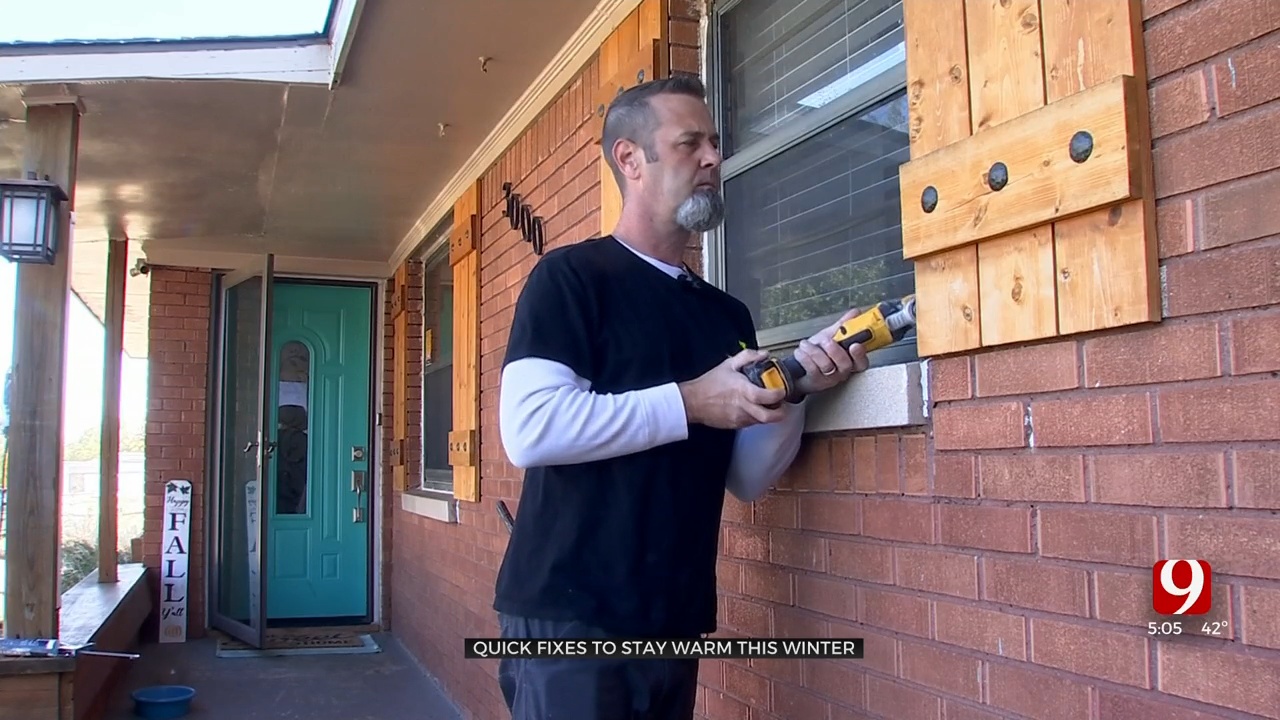 The recent snowfall and an upcoming arctic blast likely have many Oklahomans thinking about winterizing their homes.

A metro handyman said there are simple and easy solutions to keep homeowners out of the cold.

Rob Colt of RC Construction LLC. said he usually gets a call from a homeowner after the fact.

During the winter, Colt usually gets anywhere between one to two jobs per week.

“They usually see sunlight coming through the cracks in the door,” Colt said.

Colt said door sealers run around $25 and can be cut to fit all sides of the door. For gaps on the bottom, Colt recommends using door sweeps, which slide on the base.

According to Colt, adjusting the deadbolt latch out can also create a tighter seal when the lock is engaged.

“A lot of that caulking gets old after five years or so,” Colt said. “You kind of want to grind all of that out of there, re-caulk your window. That will definitely save you money in trying to keep your house warm.”

In a crawl space, wrap pipes or use foam blocks and spray to fill gaps. A difference of five degrees in any kind of cold weather, Colt said, can prevent burst pipes.

A few proactive steps can prevent the winds of winter from blowing away cash and comfort.