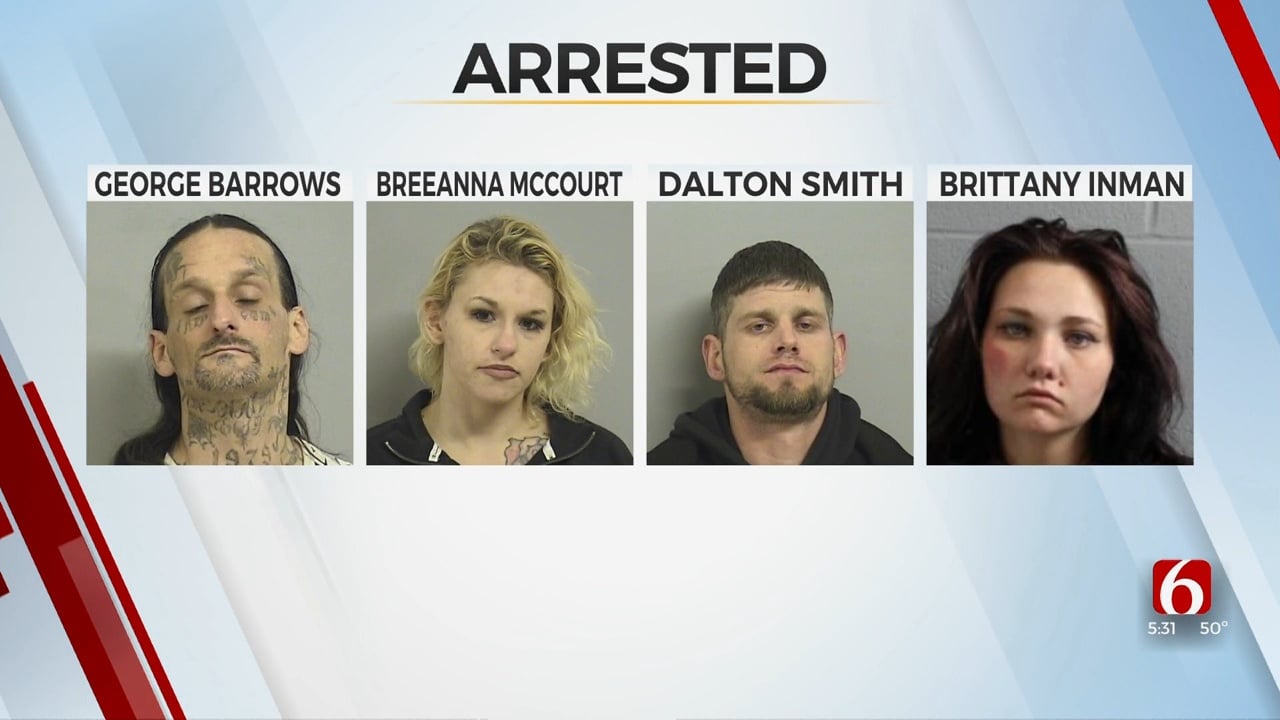 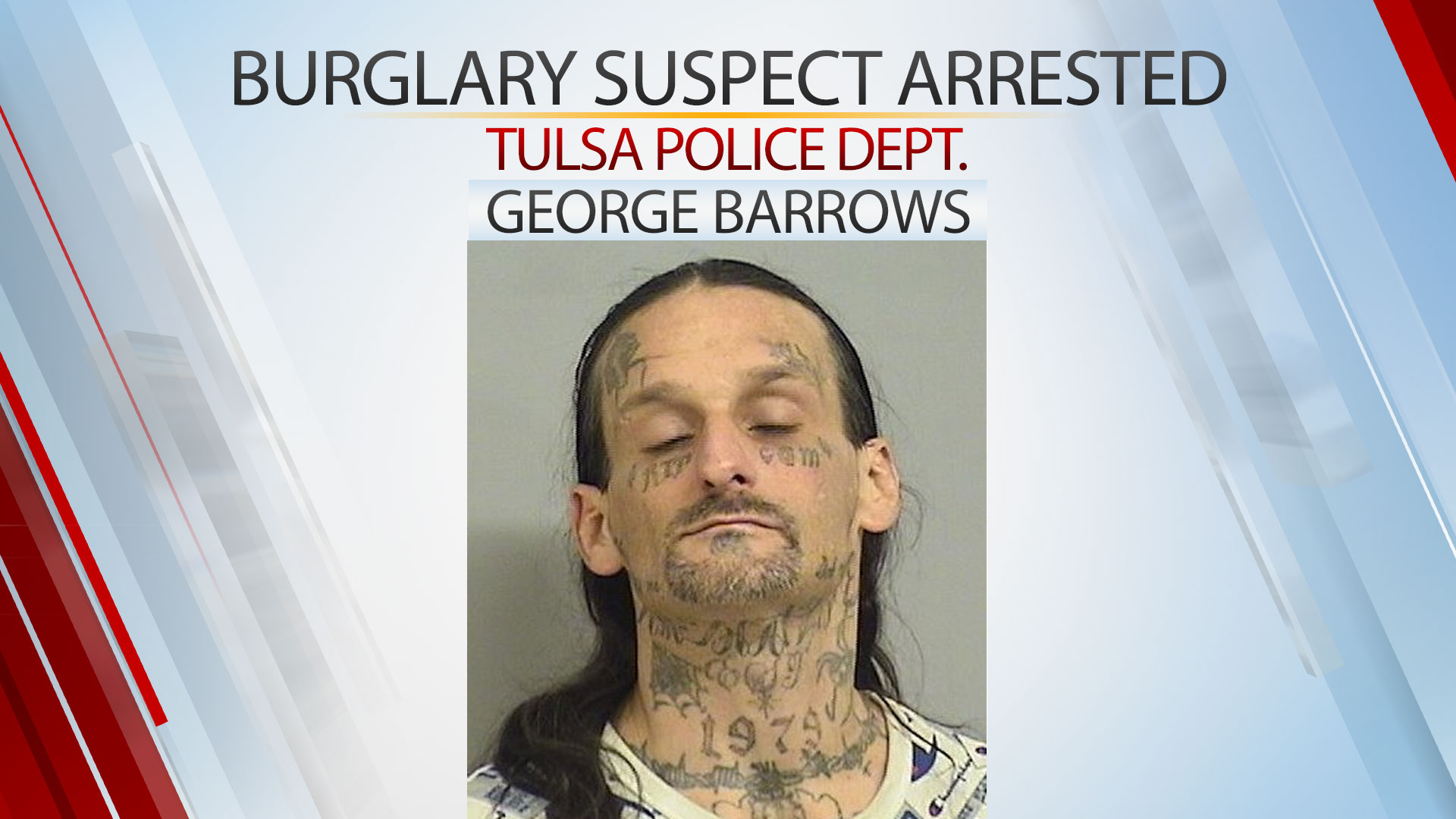 A man was arrested after they were caught on video burglarizing a Tulsa restaurant earlier this month, according to Tulsa Police.

Police said on Nov. 2, officers investigated a burglary at a restaurant near East 11th Street and South 93rd East Avenue.

Three AR-15 style rifles, two shotguns and a pistol were taken from the restaurant.

The restaurant’s owner provided officers with security video of the burglary, and officers were able to recognize the suspect as George Barrows.

At around 2 p.m. Saturday, police learned Barrows was in a motel room at the Executive Inn near South Garnett Road and East 11th Street.

When officers arrived at the door, Barrows and other associates in the room surrendered to authorities,

When police searched the room, they found small amounts of marijuana paraphernalia and ammunition that was stolen with the firearms. However, officers were not able to find the stolen firearms.

The other associates in the room were also arrested. Breeanna McCourt was arrested on felony warrants for burglary, and Dalton Smith was arrested for false impersonation after he claimed he was his brother.

Another person in the room, Brittany Inman, was arrested on warrants.