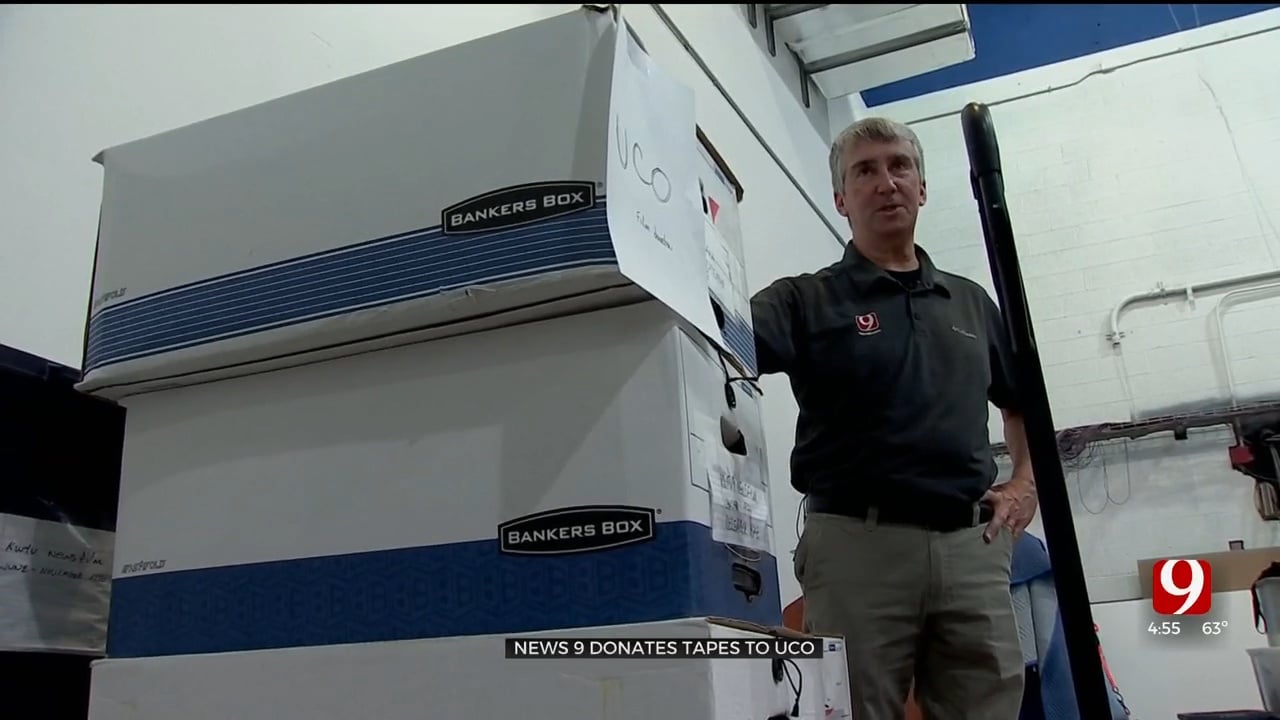 As News 9 made the transition to a brand-new downtown studio, the station took time to donate some archived footage to several different organizations, including the University of Central Oklahoma.

Back in the day, video footage captured by our news cameras had to be saved to tape.

News 9 made the effort to store that tape in the original building. Now that the station calls 100 West Main Street home, News 9 editor and archivist Rich Kriegel and others have spent months sorting through tapes and working to find places for those valuable tapes to find new life.

"We knew it was imperative to save as much as we could,” Kriegel said. “The film is fragile because it has to be in a stored environment.”

"With archives, you have one opportunity,” Willard said. “Because when they are gone, they don't exist anywhere else."

The reason these tapes are of value to UCO? George Nigh served as the governor of Oklahoma from 1979 to 1987. He also served as UCO’s president.

"Governor Nigh is throughout this material, and he was our president for five years, so there is a lot of material in here I think we will find valuable," said Willard.

Kriegel began his journey with News 9 back in 1984. His first assignment with the station involved Nigh.

“I can see a lot of projects there or a lot of grant writing opportunities, whether they are in political science or journalism or they are in museum studies, because this is history and everybody loves a story," said Willard.