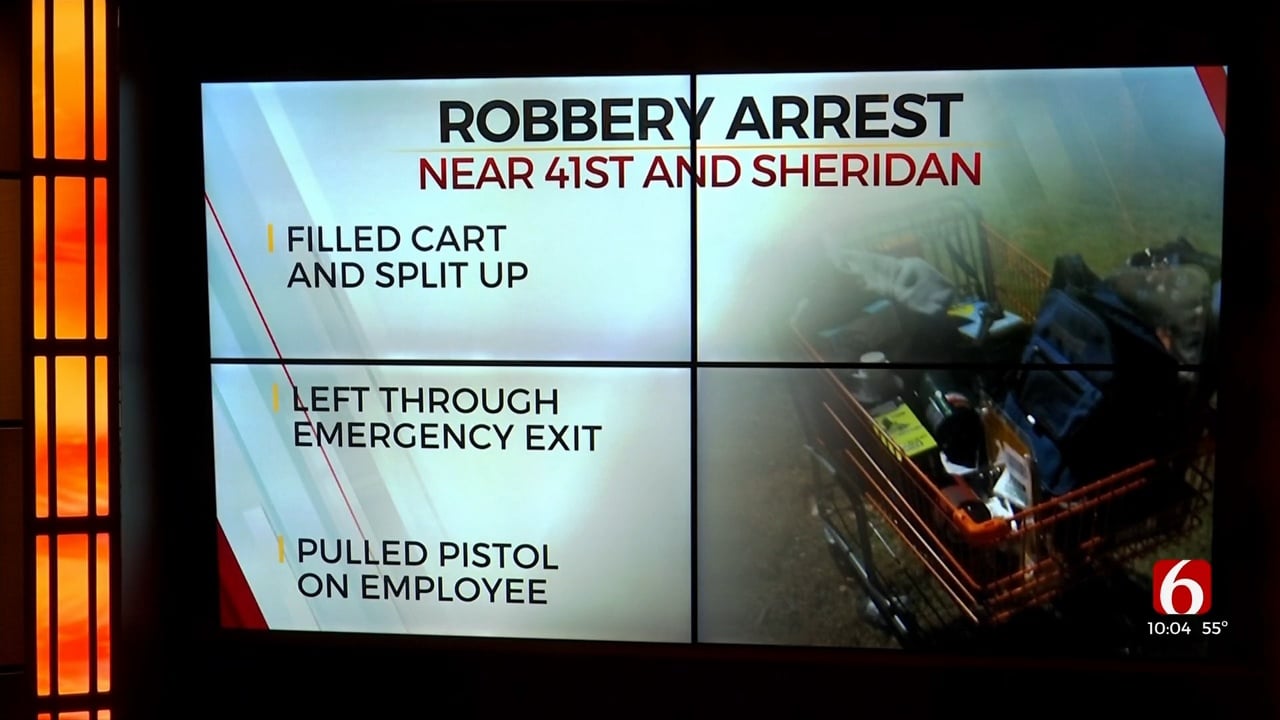 Tulsa Police arrested two people after a man pulled a gun on a Home Depot employee.

Dominick Colbert and Natasha Stash both filled up a shopping cart at the store near 41st and Sheridan, police said.

A caller told officers Colbert left through an emergency exit with the cart and pulled a gun on an employee when they tried to stop him for not paying, police said.

Officers said they quickly found Colbert walking nearby and Stash still inside the store.

Investigators said they also found a pistol at the scene. Both were arrested for larceny, according to police.

Colbert was booked for an additional charge of armed robbery after a felony.

Stash is a tribal member and she will face federal charges.