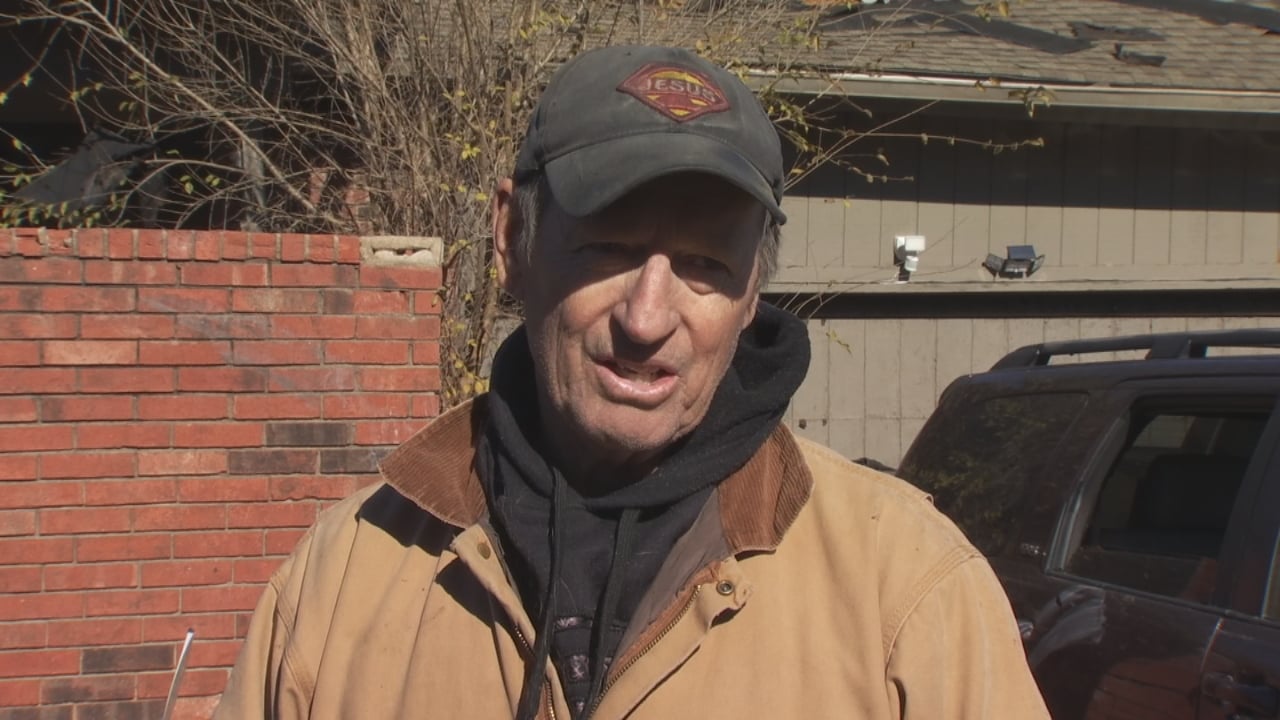 Several people are homeless just before Christmas after strong winds caused a duplex fire to spread to other homes in a south Tulsa neighborhood.

The high winds made the fire spread quickly through the duplex buildings but people who lived inside said they were grateful to be alive. Ash and charred bits are all that remains of some homes near 81st and Delaware. One duplex caught fire then 40-mile-per-hour winds ignited two others yesterday.

“The wind was whipping the fire as quickly as possible," said Lt. Tim Ingram with the Tulsa Fire Department. "It could have been much worse and spread down the block if they hadn’t gotten a good stop on it.”

Neighbors said the unit burned down a year ago and renovations were almost done when it sparked again. Don Medford is one of the victims who said the smoke was so black it felt deadly.

“I was in my living room watching television, thank God I was home," Medford said. "I got a dog and a cat, if they were in the house with me gone, I don't think they would have survived this.”

He said he’s thankful he made it out and things can be replaced. His next-door neighbor LaVonda Robinson, a wife, and mother of 3, said she was almost home when the fire started because her 8-year-old son had beat her there by a couple of minutes, but he made it out safe.

“I drove through the smoke and pulled into my driveway and jumped out looking for my baby," she said.

She lost everything, including the presents under her Christmas tree, but she did find a silver lining after her dad passed away this year.

“I lost my dad earlier this year," Robinson said. "Thank god the only thing we were able to pull out of this fire is all of my memories of him.”

“I can create new memories with my kids and my husband because I still have them," she said.

Fire investigators are trying to figure out how this fire started.