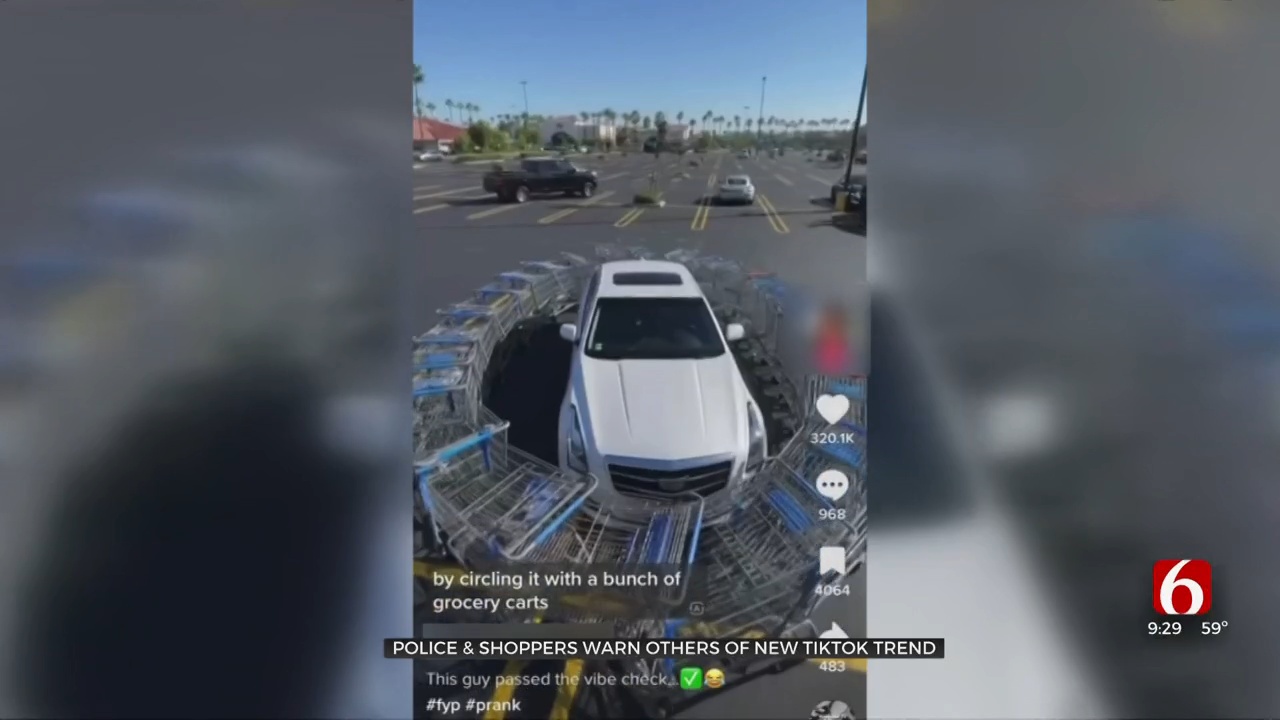 A new social media trend has people surrounding shoppers' cars with shopping carts, then recording the shopper's reactions. They often catch people off guard and upset, and are doing it all for views.

It recently happened to a Broken Arrow woman and she's very mad about it. Henrietta Love needed to grab a few things from the grocery store and was shocked by what she saw when she came back outside.

She said these people are going to pick the wrong person to prank one day and it isn't going to be pretty. Social media pranks like this are often meant for laughs and likes, but Henrietta Love isn't laughing.

"What is going on here," said Henrietta Love, Broken Arrow.

Her 30-minute trip to the Neighborhood Market turned into two hours. When she came back, someone had surrounded her car with several shopping carts. Love was scared because she didn't know what was happening.

"He kept saying his manager Dave told him to do that. So, I turned around, went back into the store looking for this Dave," said Love.

A store manager told Love there's no Dave and went back outside with her.

"These two individuals are known by the PD. We've had other incidents with them, and they've been trespassed from other properties," said Ethan Hutchins, BAPD.

She went into defense mode and said the pranksters, of course, were videotaping her the entire time.

"They want to catch people saying ugly things," said Love. "When I decided to take their picture, they were like, 'oh, we forgot to say cheese.'"

"It would just be very unfortunate for any kind of prank to go the wrong way and in this situation that could've happened and we're glad that it didn't," said Hutchins.

"I wish they would just go get a real job," said Love.

"Find different avenues to make yourself famous. Not this one," said Hutchins.

A Walmart spokesperson sent us the following statement: "We do not condone antics like this at our stores, and it’s important to note these individuals have already been previously trespassed from our property. Once we were made aware this was done, again, we called police and had them removed, again."