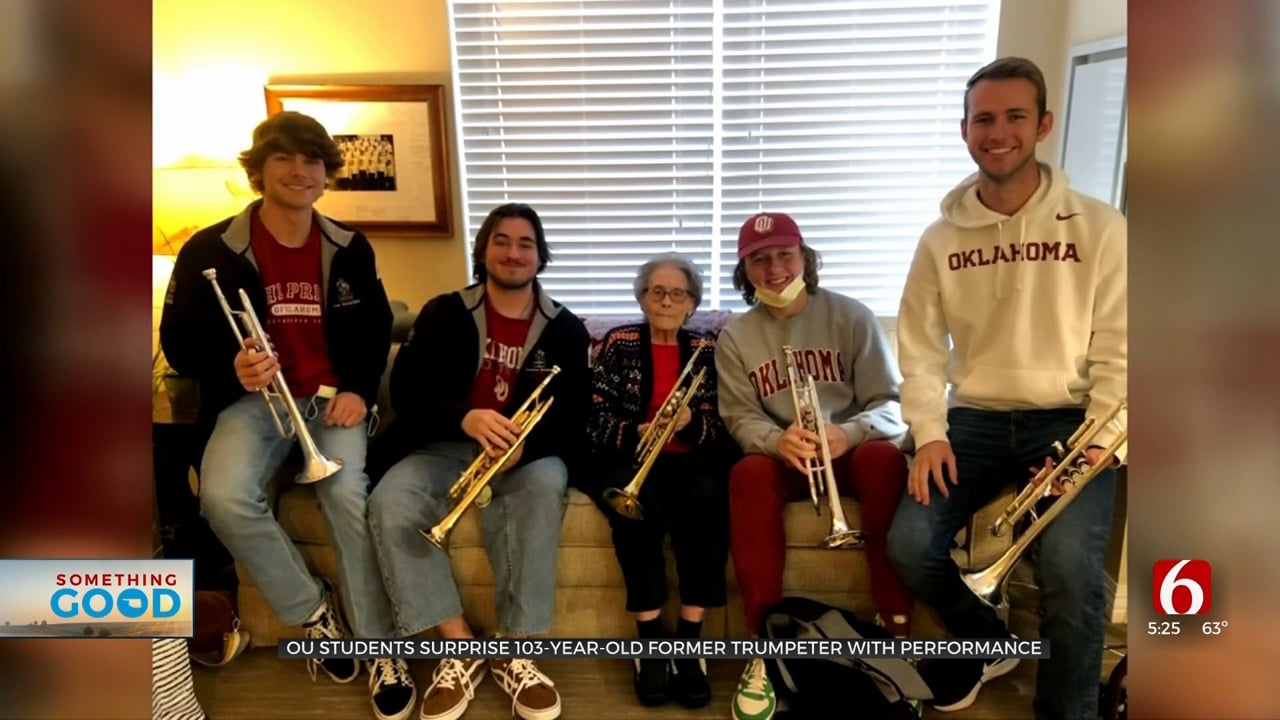 A group of students from “The Pride of Oklahoma,” OU’s marching band, did a surprise trumpet performance for a 103-year-old woman who played in the band more than 80 years ago.

Ellen Vanderslice was the first woman to take the field for the Pride back in 1941.

When OU Junior Preston Loeffelholz found out about Ellen from his grandmother, he decided he wanted to do something he knew would make her day.

"I was just thinking like it would be cool, since she still clearly still cared about music, if we went up and played a few things. I thought she would like it," said Loeffelholz.

Huckabay said he didn’t think twice about making the trip.

"When I heard about that opportunity, I jumped at it, because it's not often that you get to play for someone who had that kind of impact on the Pride, and somebody who was in the Pride that long ago," said Huckabay.

Vanderslice’s daughter, Jane Thomas, said it meant the world to Ellen to see members of the band she was so passionate about, showing her they care about the impact she made.

"We are just thrilled to death that she is being acknowledged for her life, and her trumpeting, and she has an indomitable spirit," said Thomas.

The boys were grateful for their experience with Vanderslice and learned a lot about the marching band from years ago, and about life.

"I encourage anyone else if they have a chance to talk with someone older who you share a common interest with, to do that, because you'll probably learn something," said Richardson, a sophomore at OU.

"With the Pride, from the point when it was founded until now, everybody who has participated has contributed something to this program,” said Huckabay. “I see every person as a link in the chain, and without all those people, way back when, who started it, and continued it up until now, what we do wouldn't exist."