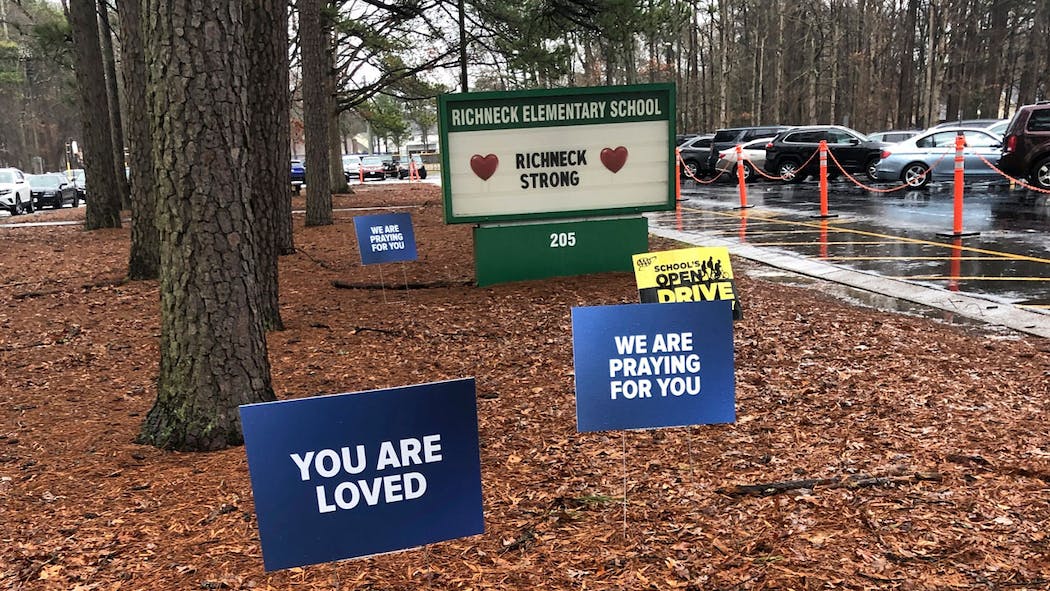 An attorney for Abby Zwerner, the first-grade teacher shot and wounded by a 6-year-old student earlier this month in Newport News, Virginia, said that the administrators of Richneck Elementary School had multiple warnings that the unidentified boy was armed, but "failed to act" on those reports.

In a news conference on Wednesday, Diane Toscano, a defense attorney representing Zwerner, said that Zwerner and several other teachers made reports on Jan. 6 — the day Zwerner was shot. The first report, Toscano said, was made between 11:15 and 11:30 a.m., when Zwerner told administrators that the 6-year-old had threatened to beat up another child. The school did not act on the report, Toscano said.

Around 12:30 p.m., a second unidentified teacher went to school administrators and said that she searched the boy's backpack, Toscano said, because the boy was suspected to have a gun.

"The teacher then tells that same administrator that she believes the boy put the gun in his pocket before he went outside for recess," Toscano said. "The administration could not be bothered. The administrator downplayed the report from the teacher and the possibility of a gun, saying, and I quote, 'Well, he has little pockets.'"

A fourth employee reportedly heard about the danger and asked administrators for permission to search the 6-year-old's backpack, but was denied.

"He was told to wait the situation out, because the school day was almost over," Toscano said. "Tragically, almost an hour later, violence struck Richneck Elementary School."

Toscano also said that she informed the Newport News school board that she intends to file a lawsuit on Zwerner's behalf. She did not say what grounds the lawsuit would be on.

Michelle Price, the director of public information for Newport News Public Schools, said that "since the school's investigation is ongoing, I cannot comment on the statements presented by Ms. Zwerner's lawyer at this time."

Zwerner was shot in front of her other first-grade students in an incident that police have described as "intentional." She was able to evacuate her classroom and another school employee, who Toscano said was a teacher, restrained the 6-year-old boy.

The boy brought the gun from his home, police have said. His parents have said the gun was "secured," and it's not clear how he acquired the weapon.

Zwerner was hospitalized with life-threatening injuries and has been recovering at home since Jan. 19. Toscano said that the bullet remains in Zwerner's body, and said the teacher continues to undergo surgeries and physical therapy.

It's unclear what charges, if any, the 6-year-old will face. He is currently hospitalized.