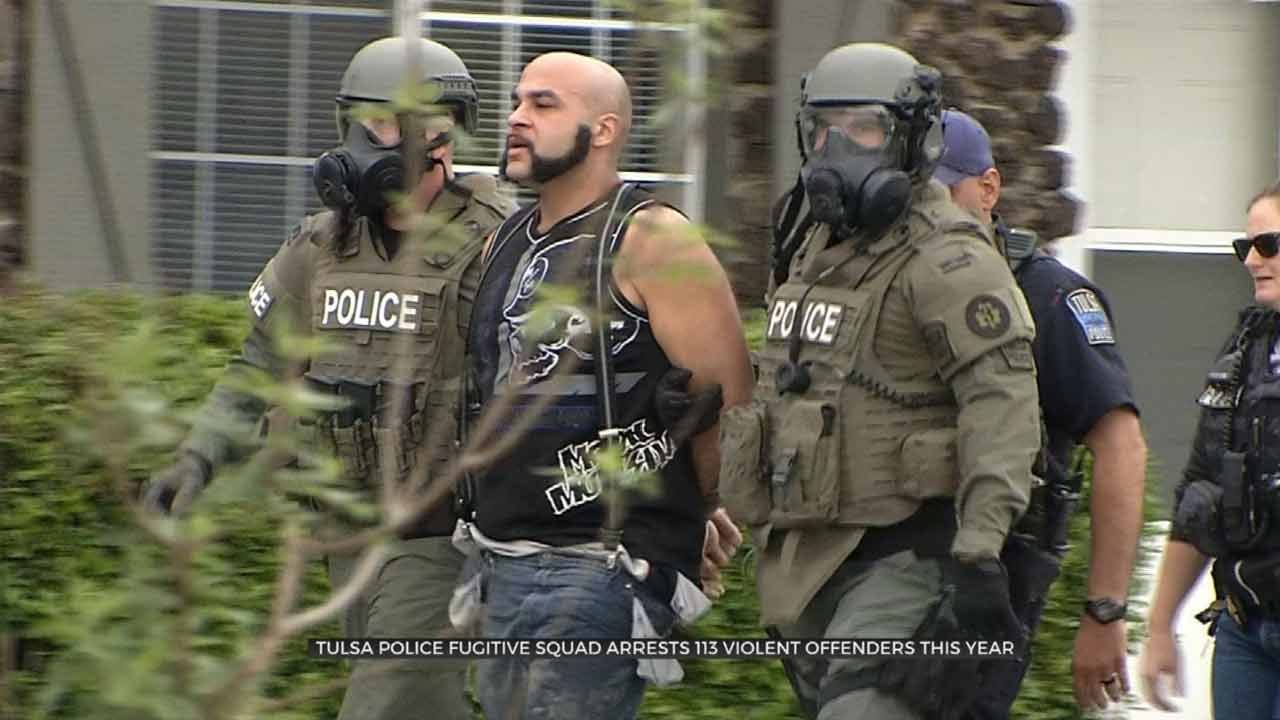 The Tulsa police fugitive squad arrested 113 violent offenders in the first four months of this year.

Even for a group that makes dozens of arrests each month, this week was one for the books with five big arrests,  including an FBI most wanted, who’s been on the run five years, a Tulsa triple murder suspect on the run for 2 years and a man wanted for murder in Texas.

When the feds and Tulsa police did a city-wide crackdown on Hoover Crips gang members in 2014, they called it Operation Battlefield. Rodney Parker was one of their main targets, but, he slipped away before he could be arrested.

"It's difficult when you're hunting a human who does not want to be found," said Sgt. Luke Sherman, TPD Fugitive Squad.

Parker was one of the FBI's most wanted and for years. The fugitives officer kept plugging away, tracking Parker through different cities and states until they finally caught up with him this week.

"That's in the top five, top three. He's a dude that does not want to be caught and was savvy, very savvy," Sgt. Sherman said.

The team also arrested Mark Washington, wanted for a homicide in Texas and a robbery in Arkansas.

And, Jesus Espinoza, a rape suspect in Tulsa, Christopher President, a man wanted in the 2017 killing of a Tulsa man, plus the man's mother and her boyfriend, who were innocents who just happened to be home at the time. Plus, violent offender Samuel Moman who was arrested after a standoff in Tulsa Thursday afternoon.

Once a warrant is issued in the most violent of cases, the fugitive squad goes to work.

"Everything from sex abuse to child abuse to rape, first-degree rape, possession of  a firearm, murder, murder, murder, robberies, domestic strangulation, all the nastiest stuff we can find," he said.

The fugitive squad says warrants never go away and because they have partners in other states, even other countries, the worst thing you can do is run. They say the sooner you go to court on the warrant, the faster you can move on with your life.