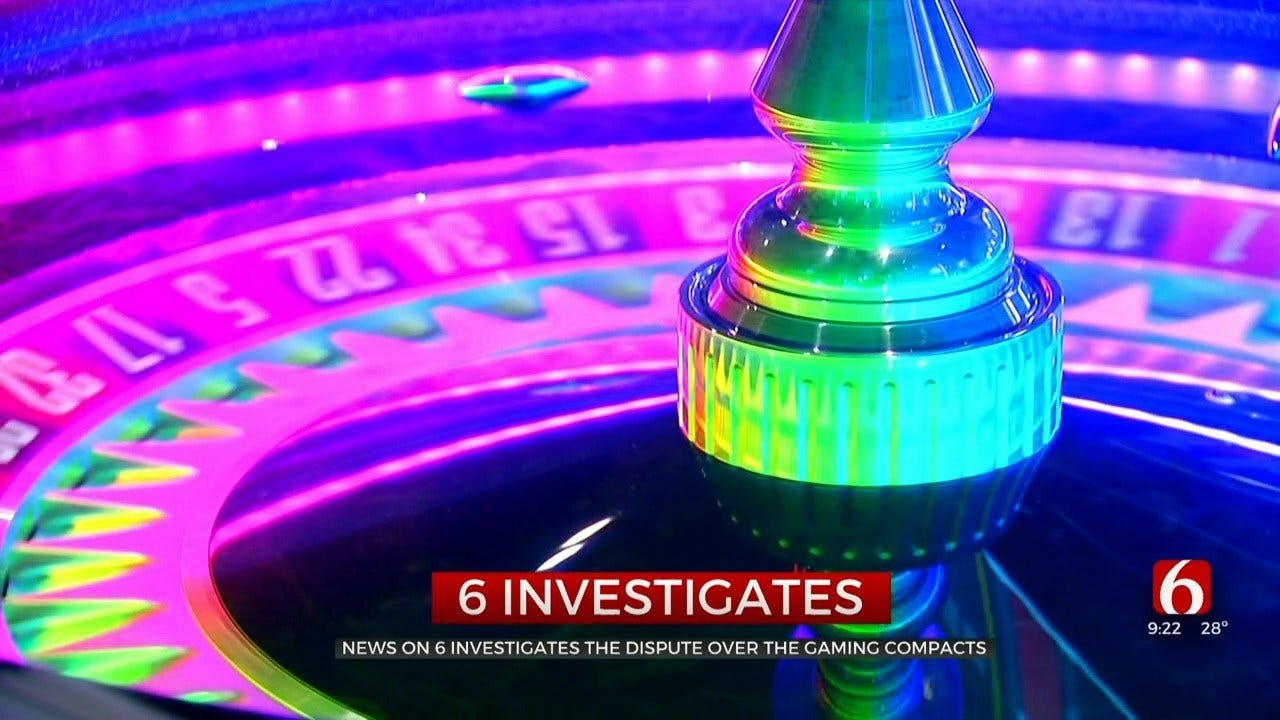 Governor Kevin Stitt and Oklahoma tribes are in a bitter dispute over a 15-year tribal gaming compact and how to interpret when it expired.

The dispute is putting millions of dollars for education on the line and Oklahomans are caught in the middle.

“The Model Gaming Compacts have been a success and greater than anyone predicted,” Governor Kevin Stitt said during his state-of-the-state address.

To understand where the state is currently, it’s helpful to look back at the history of tribal gaming in Oklahoma.

Long before being elected the chief of Osage Nation, Standing Bear played a pivotal role in standing up for Oklahoma tribes as an attorney involved in the state's first Indian gaming cases.

Standing Bear represented the Muscogee Creek Nation, Seneca-Cayuga Tribe and several other tribes in a federal lawsuit filed in 1984 saying the tribes had a sovereign right to operate gaming.

“(I) specialized in resolving conflicts, either through mediation or litigation,” Standing Bear said.  “It's more than gaming, gaming was part of it. The other part of it was getting strength and recognition for our sovereign governmental status.”

The courts with the tribes opened up some gaming, like high-stakes bingo and horse race betting.

“Then the states asked the federal government to regulate tribes that were operating gaming under their own sovereignty.”

“That put a cap on Indian gaming. It didn't authorize it, it restricted and regulated it. It also identified different gaming classes and set up federal oversight,” said Standing Bear.

A few years later the state and Oklahoma tribes signed the first tribal gaming compact in 1992.

“We restored, we, being a lot of people, tribal leaders, state politicians, banks, friends of the tribes reestablished our police systems, and our court systems -- we built up our health systems,” Standing Bear said.

In 2004 Oklahomans approved class three, or electronic, gaming. That led to a 15-year compact giving tribes exclusive rights to gaming in Oklahoma, for a 6% fee that would benefit education.

Which brings us to today.

Governor Kevin Stitt said the compact expired on January first, and it does say that. But the tribes say it automatically renewed and the compact said that, too.

The tribes argue there's a clause saying the state's decision last fall to renew some racetrack gaming kicked in the automatic renewal. They say the compact can't be reworked now, but a provision allows for fee negotiations.

They say they’re willing to discuss the percentage they pay, but not the compact as a whole.

“As Governor, I have to look at all contracts and our state has the right to negotiate, to lay out how we are going to audit, and oversee the casino industry,” said Stitt told News On 6.

“He wants to govern the tribes as businesses. We're governments, we're not businesses,” said Standing Bear. “We do all of our financial activities to benefit the people. 100% of the profits go to our children's programs, our elder programs, our health programs and we don't tax our enterprises.”

The tribes say they've paid the state more than a billion dollars for education since 2006.

The governor wants more, to put Oklahoma more in line with tribes in other states. An ad by the group Oklahomans For Fairness shows tribes in surrounding pay between 14% and 26%.

The tribes bumping the fee to 25% isn't going to happen.

“It would be devastating, so it's worth fighting for,” Standing Bear said.

Osage Nation hasn't joined in, but multiple tribes have sued the governor. It's now in the hands of a federal judge who has ordered mediation with a March 31st deadline.

“We've got a team there that will be fighting for what's best for all 4 million Oklahomans,” Stitt said.

In the meantime, even though Governor Stitt said it's illegal, the casinos are operating as normal and the tribes continue to pay the state.

“We sent fees to the state, that's correct,” Standing Bear said. “We received a letter saying (the state) wanted to put it in a lockbox.”

The Governor said the state isn't going to use that money for anything until the two sides come to a compromise.

“We can accomplish this without putting public education in the crosshairs,” Stitt said.

Stitt has called on the legislature to find a way to make up the difference while the state holds back the education money that's coming in from the tribes.

Burglary Suspect Accused Of Leading Officers On Chase Dies After