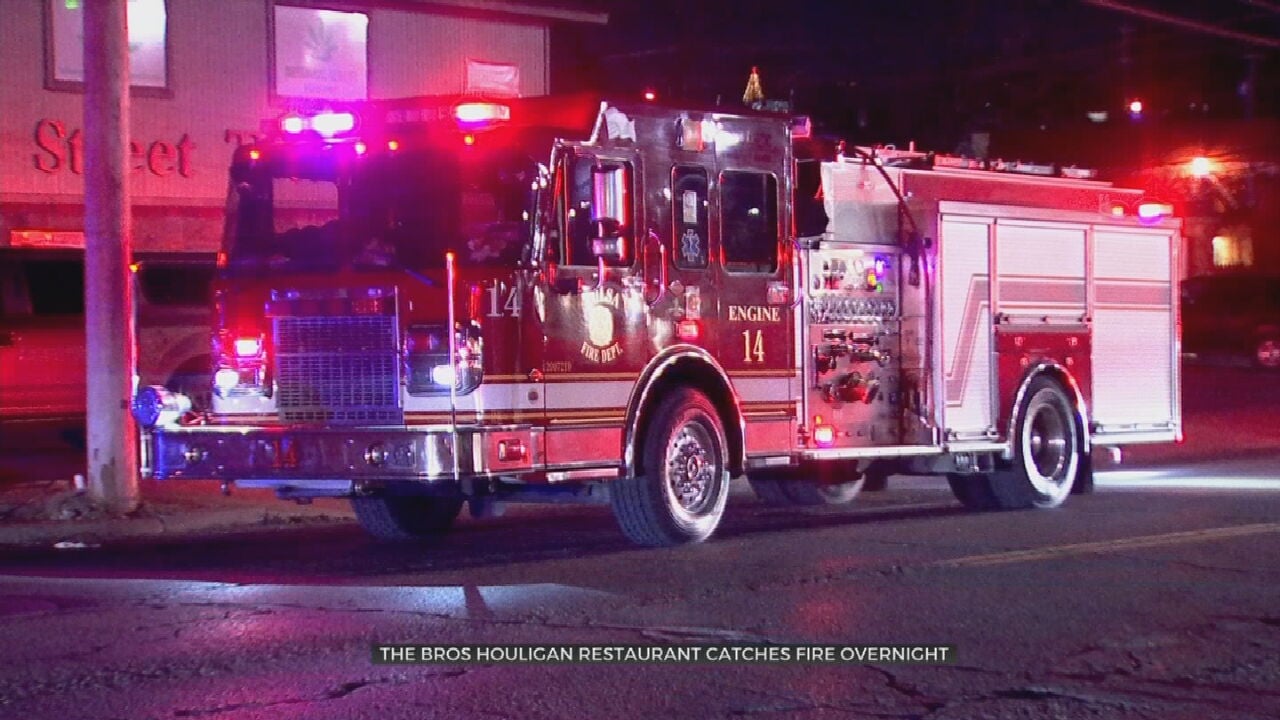 The Tulsa Fire Department said a fire that started in an alley spread to The Bros. Houligan restaurant near East 15th Street and South Lewis Avenue. Parts of the restaurant were damaged as a result of the flames.

Tulsa Fire Department District Chief Jason Gilkison said the flames spread from the outside to the inside of the restaurant in the kitchen area. The gas to the restaurant had to be shut off because it was fueling the fire.

“We had to move some kitchen equipment out of the way and open up the wall to get those hidden fires,” said Deputy Chief Gilkison. “Once we blew the smoke out we pretty much had it contained.”

Electricity to the building was also turned off. The owner of the restaurant was on the scene to see the damage.

Tulsa Fire reported no injuries from the incident. It is unclear when the restaurant will be able to resume regular business.