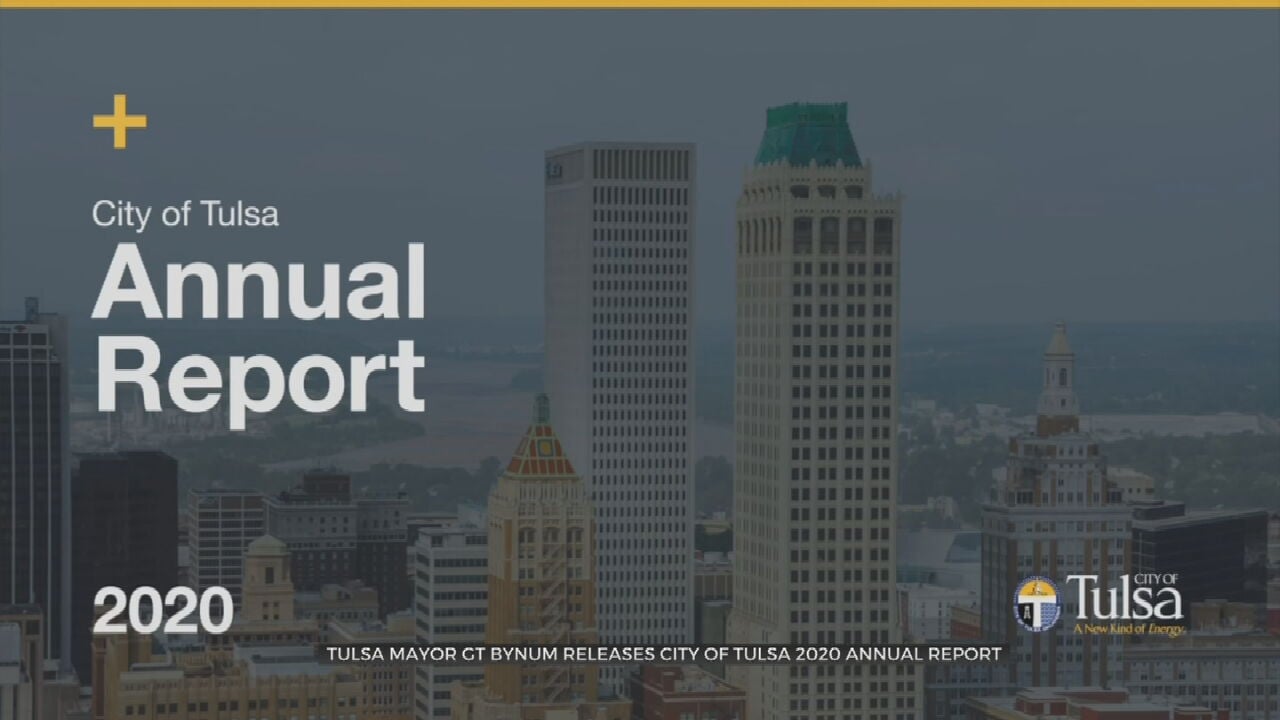 Tulsa Mayor G.T. Bynum is focusing on the year ahead, while also looking back at the many ways the city endured the challenging and historic year of 2020.

The office of Mayor Bynum released its 2020 annual report Tuesday. The annual report goes over the many programs, projects and events the city took on during 2020 – all during a global pandemic.

Mayor Bynum said despite the challenges, those in the city pulled together and found a way to continue Tulsa's forward progress.

He noted the early efforts Tulsans made to help slow the spread of COVID-19. Bynum said Tulsa was the first city was in the metro area to issue a safer at home order and mask requirements.

"When we pulled together as a community and sacrificed as a community to give our local health care system the time it needed to get protective equipment and staffing and processes in place,” Bynum said. “That is due to the sacrifices Tulsans made in that period of time and we will look back on that as one of the great humanitarian efforts in the history of our city."

The report details the progress made in the search for missing graves from the 1921 Tulsa Race Massacre.

“We cannot think about moving through 2020 into 2021 without being mindful of the upcoming centennial of the 1921 Tulsa Race Massacre,” said Bynum. “In the last year, we made substantial in the search for the missing graves of our fellow Tulsans who were murdered on that night in 1921.”

A research team uncovered a grave shaft in Oak Lawn Cemetery consistent with a mass grave with remains of at least 11 bodies of potential victims.

The report also mentions breaking ground on the 48-million dollar Zink Dam Modification project, which will create a lake and open up recreational opportunities on the Arkansas River.

The report said the city completed $320 million in projects on both arterial and non-arterial streets. The city also said it broke a record with the number of capital construction projects, with 64 contracts valued at nearly $240 million from April through mid-October.

The report outlines Tulsa’s single-largest capital investment in the city’s history with American Airlines’ planned $550 million investment to its Tulsa Maintenance Base.