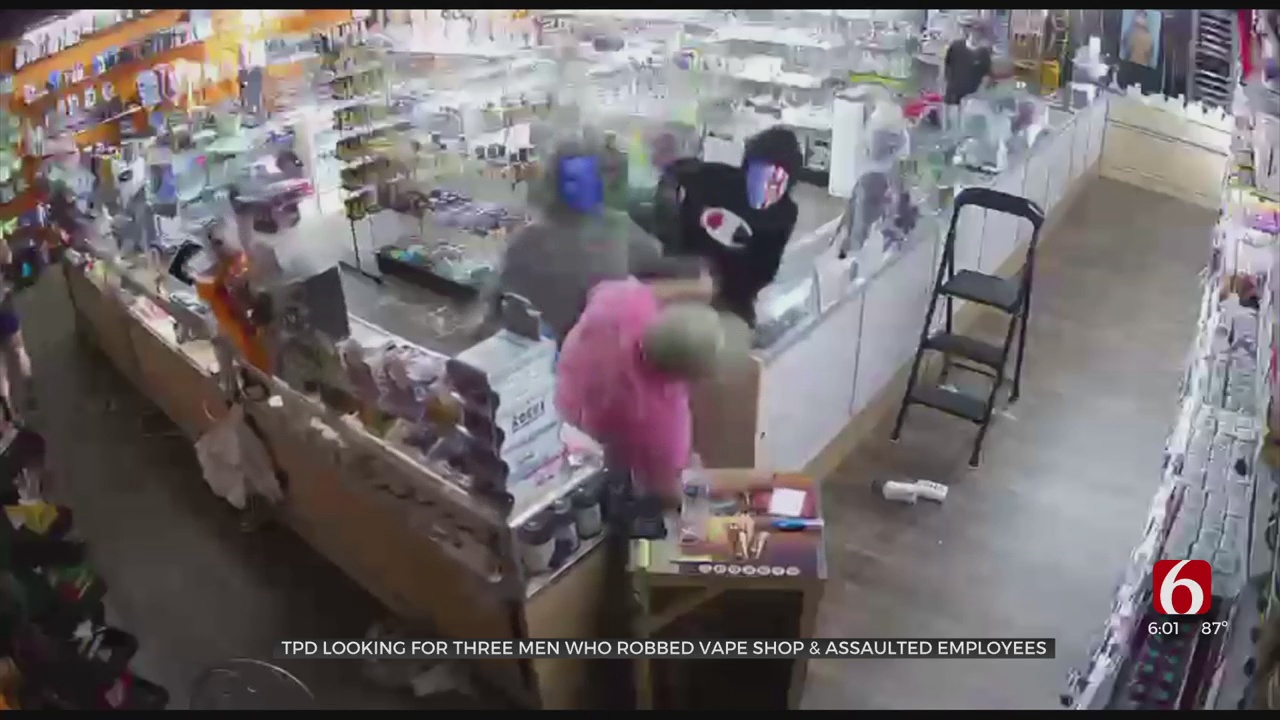 Police are looking for three men who attacked an employee and his girlfriend at Cloud Chazer Smoke Shop in Tulsa. Police said they took hundreds of dollars and damaged a lot of products.

"I was definitely shocked, and I was just thinking I hope they don't have a gun," said employee Nick McElroy.

He said surveillance video brings him right back to the night he was attacked at Cloud Chazer dispensary in Tulsa. In the video, you can see three men wearing masks walk in right before the store was closing.

"At first, I thought I recognized them, so I was like what are you doing?" McElroy told News on 6. "They came in around the counter right here and told us not to move. They hit me over and over again. What was going on in my head is 'what the heck is happening?'"

Store owner Jawad Malik said he thinks one of the robbers is a regular customer.

"His dad comes here, his mom comes here. We know this customer because his mask fell down and we were shocked like 'what are you doing?'" Malik said.

Detective Justin Ritter said the men did not appear to have guns, but this is a very violent robbery. He said police need the public's help in identifying the men.

"The guy we really want to get identified has a light blue mask on. He is clearly the leader of the group and assaults the male and then goes around the counter and assaults the female and continue to assault her while she's down," Ritter explained.

McElroy and his girlfriend are just thankful they are OK.

"Trying to do a job and then I get attacked you know, it's just crazy, makes you think the world is a lot better place," said McElroy.

The owner said the robbers took money and damaged hundreds of dollars of products.

If you have any information, police ask you to call CrimeStoppers at (918) 596-COPS.