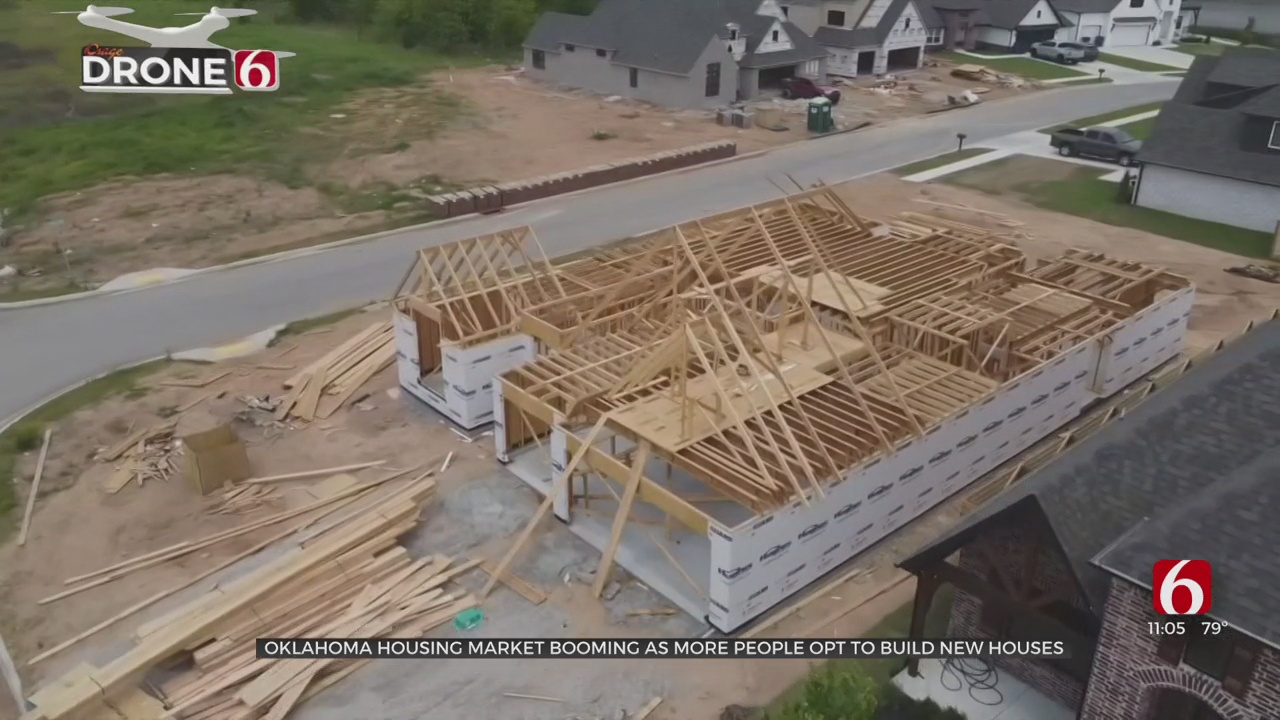 The housing market in Oklahoma is so hot right now, existing homes are selling faster than realtors can list them. That has some buyers looking for another option.

The owner of Birch Co. said since it's a seller’s market, he's seeing more buyers compromise on the location, quality, and cost of existing homes.

"We're just having to work harder, and you know, stay up a little later and get up a little earlier,” Brett Davis said.

Davis said building a home may be a better option.

Making Oklahoma home was an easy decision for Beau Davis who grew up here.

"With another baby on the way, I decided I was really wise to build a home, move my wife across the country while she's like 30 weeks pregnant,” said Beau Davis.

Earlier this year the Davises relocated from California to Bixby, but the family was just one motivating factor.

"Economically it makes more sense. I think you get more bang for your buck here. And we want to raise our family in maybe some of these smaller, cultural towns of Oklahoma,” said Beau Davis.

"When evaluating your time and the renovation costs of buying an existing home, it made sense for us to buy one we could build exactly how we wanted," Beau said.

The demand for existing homes isn't slowing down so sellers often get multiple offers that are above the asking price. Beau's brother Brett Davis owns Tulsa's Birch Co. and said he has several other clients from out of state. Brett said the new construction market has grown significantly with record-low inventory but said they have plenty of lots to build on.

Brett said lumber prices dropped in September by about 30 percent, but a new supply shortage strikes every week.

"It's just gonna be a matter of which item is it going to be today," Brett said.

Brett said the key is in the planning. His company is now ordering appliances and materials well in advance to combat inflation and shipping delays.

"Telling somebody that they have to pick and get that figured out right now is not our favorite conversation to have, but if we want to still hit their closing date then that's really important," said Brett.

Brett said the labor shortage can also influence their timeline and impact a client's move-in date. However, he said they have a lot of loyal workers. His brother Beau will be moving in on time and home for the holidays.