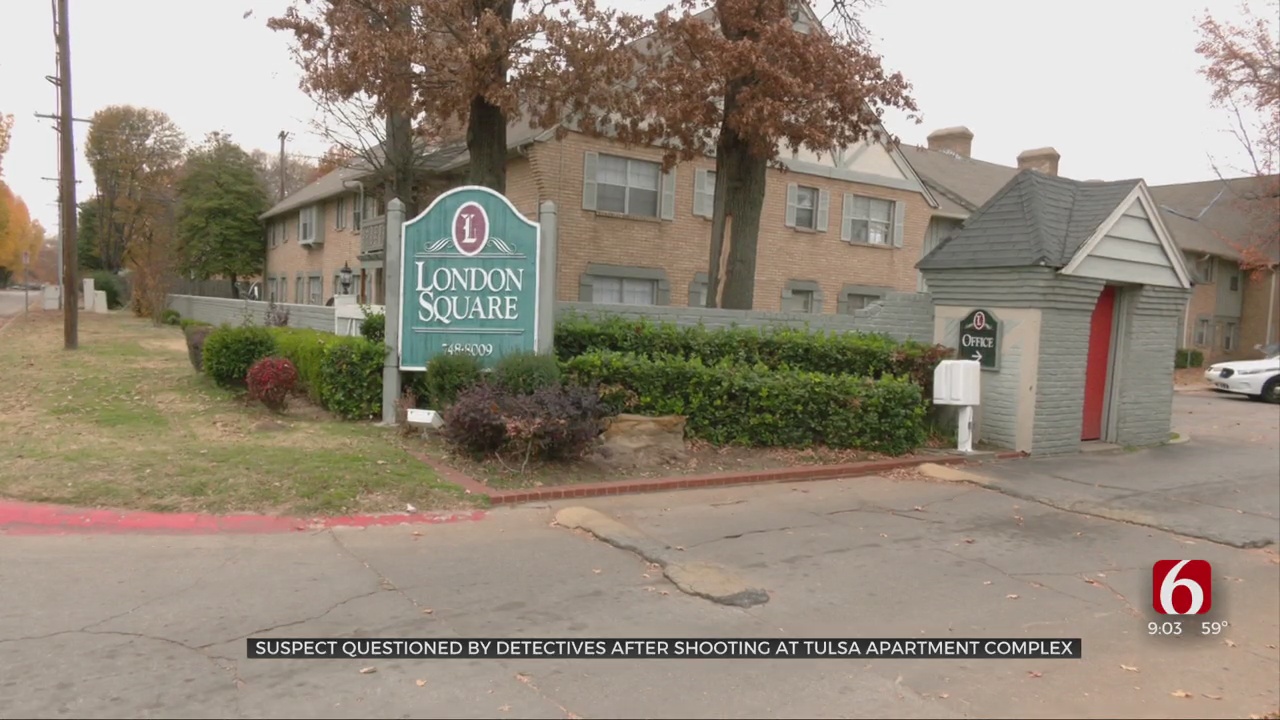 Tulsa Police said a suspect is cooperating with officers after a man was shot multiple times at an apartment complex.

It happened at London Square Apartments near 61st and Lewis around 11:30 a.m. Saturday morning.

Police said the victim is a maintenance worker at the apartment complex but officers don't know why shots were fired.

Sergeant Darren Froemming says the the suspect willingly went with detectives to give a statement.

"He'll be talking with detectives and giving his side of the story," said Sgt. Froemming.

Police are canvassing the area and speaking to potential witnesses.

The victim is expected to be okay.

Police have not released the name of anyone involved.