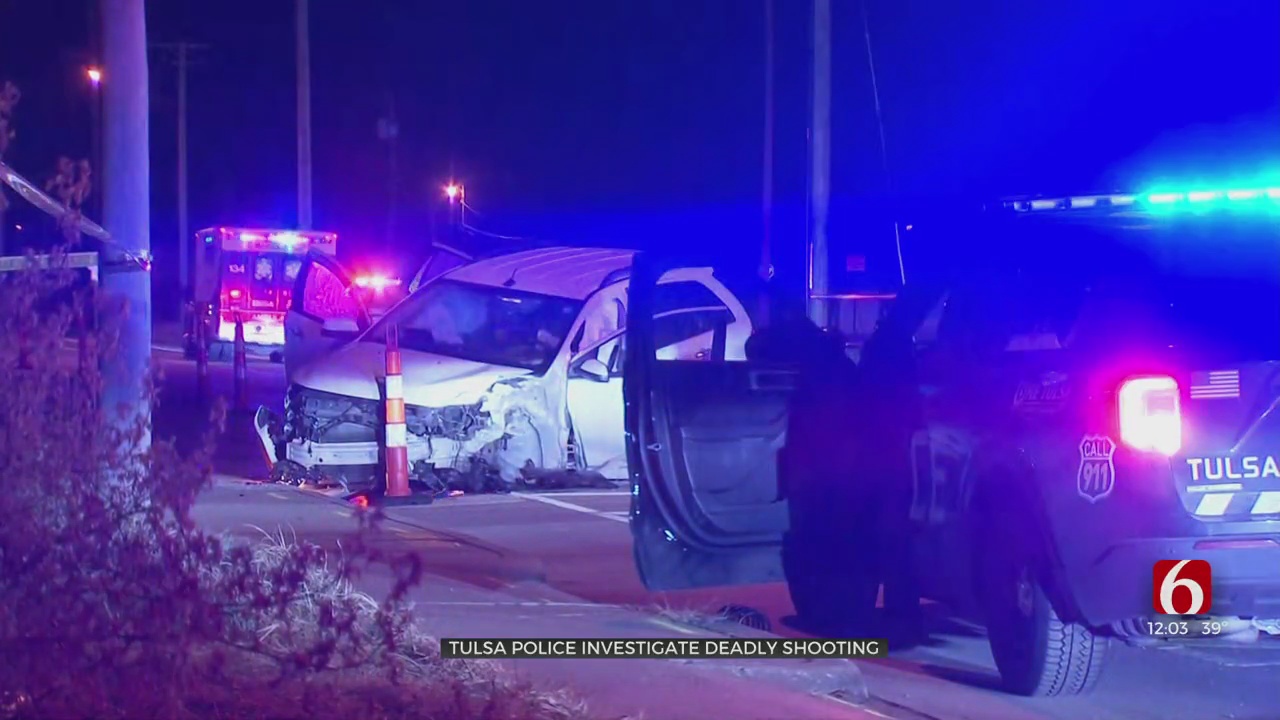 Tulsa police responded to the scene of a shooting that killed one man near South 65th West Avenue and Charles Page Boulevard.

TPD says around 1:30 a.m. Wednesday officer got several calls about gunshots at the Sandy Park Apartments.

Police say a 21-year-old man and a 20-year-old woman were in their apartment when they looked outside and saw someone trying to break into their car.

Police said they yelled at the person from their balcony and the suspect ran away, but the couple hopped into their car and tried to confront him.

TPD says this is when the suspect began shooting at them. The man who was driving was shot in the back and the woman in the passenger seat was not hit.

The suspect was able to get away and police have not found the gun that was used.

Police say the victim tried to drive himself to the hospital, but he hit a utility pole on Charles Page Blvd. and lost control of the car.

Investigators say he later died from his gunshot wound after being taken to the hospital.

Tulsa Police Cpt. Jerrod Hart is asking people to think twice before taking these kinds of matters into their own hands.

“If that’s the case, you witness someone messing with your stuff or breaking into your car, please call us, don’t confront them, you never know what they are carrying,” Hart said.

TPD says the only suspect information they currently have is that the shooter was a short man.

Police are asking anyone with any information to call Crimestoppers at 918-596-COPS, you can remain anonymous.