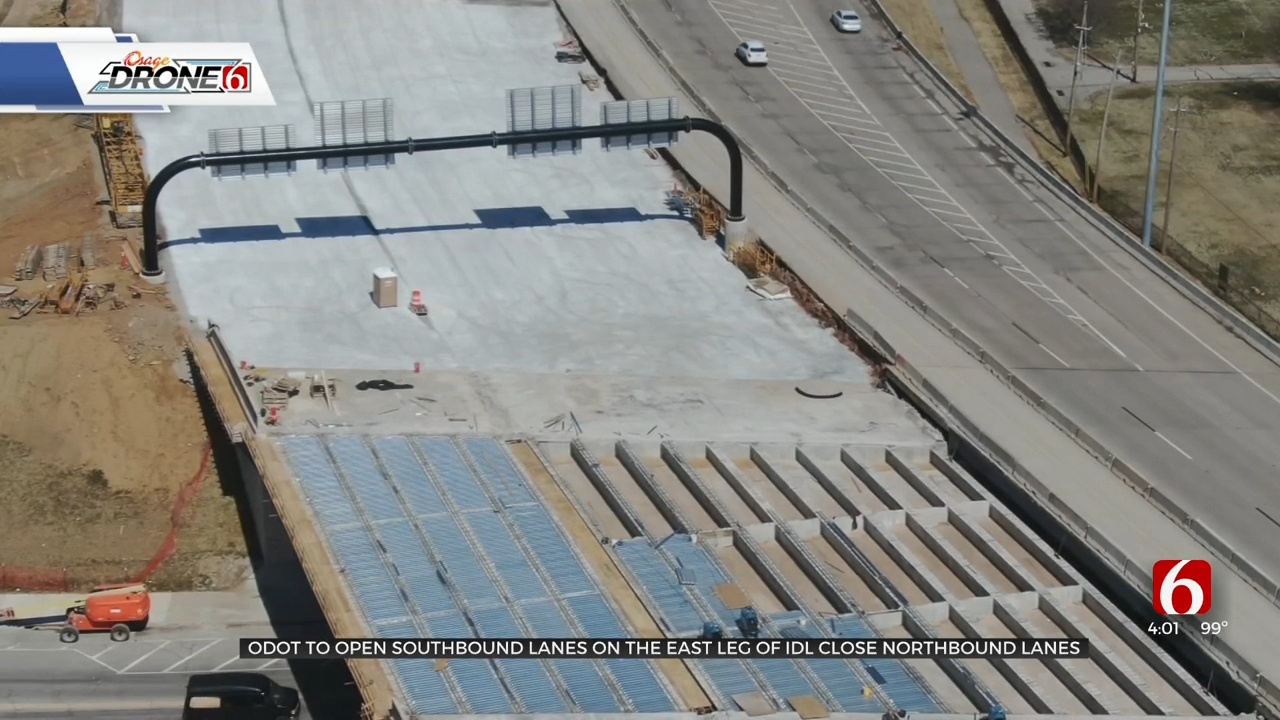 Lauryn Grandy's commute to work has been a lot longer in recent months.

"I'm really tired of going all the way around downtown and coming back this other way," said Grandy.

Grandy, who works at Hodges Bend downtown, says construction on both the Inner Dispersal Loop (IDL) and a bridge above it on Third Street, has also kept some business away.

"We used to get big rushes in the morning,” said Grandy. “And now it's been dead until 1 or 2 p.m. Since no one drives down there anymore, people just don't see us."

The projects are all part of the Oklahoma Department of Transportation's (ODOT) plan for the highway that circles downtown.

After months of resurfacing the southbound lanes on the east leg of the IDL, ODOT is opening one lane to traffic.

Tuesday though, the northbound lanes, which have been open during construction, will close to resurface that side.

"Over the past decade or so, ODOT has taken on projects to repave all four sides and this is actually the final side that we need to repave," said TJ Gerlach, ODOT Spokesperson.

ODOT says the $26 million project should be complete by next Spring, and make this stretch of busy highway safer and easier to drive on.

"As anybody that has driven that leg of the IDL knows, it's in pretty rough condition,” said Gerlach. “So we're going in there and adding all new pavement and making sure the bridges are in good condition."

Grandy says she's looking forward to the change but for now, she's planning for more delays.

Therapy Thoughts: Keeping A Cool Head & Understanding What Provokes You