Man In Custody After Shootout With Tulsa Police; Officer Placed On Leave 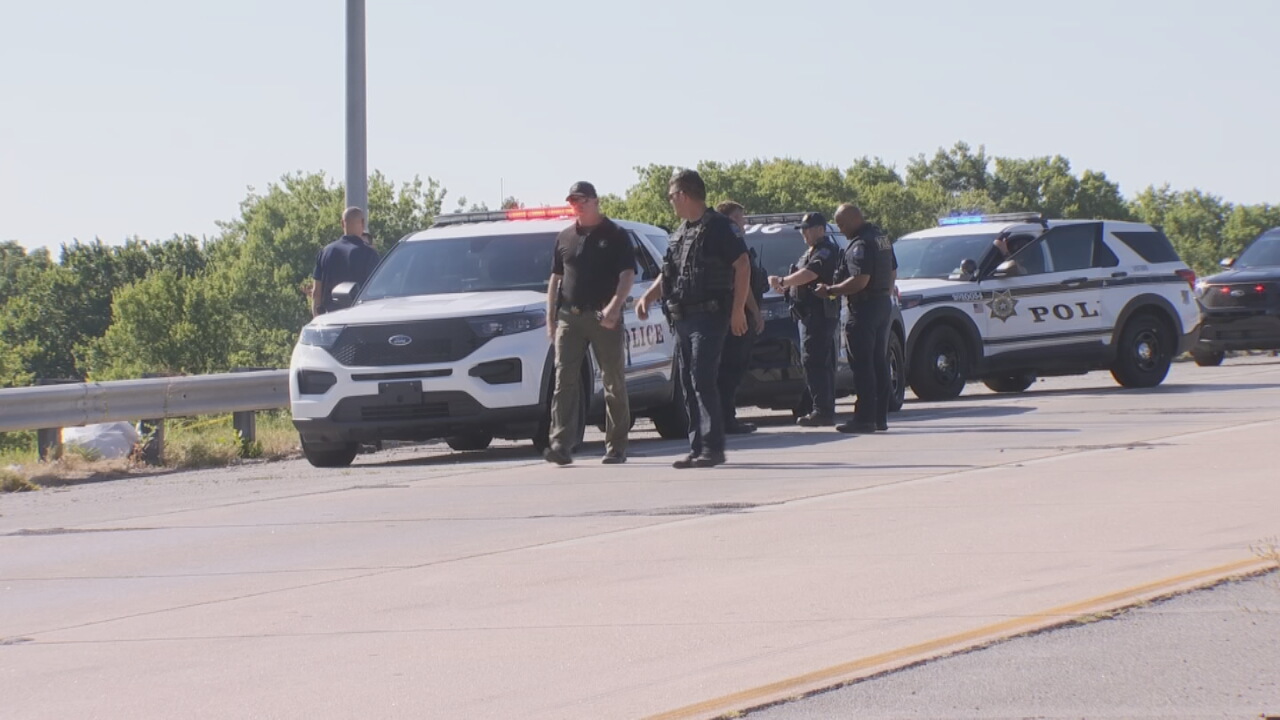 Man In Custody After Shootout With Tulsa Police; Officer On Leave

A man is in custody after getting into a shootout with police on the side of a busy Tulsa highway during rush hour.

Tulsa Police said an officer on his way to the academy Thursday morning, pulled over after seeing a man waving a gun on the side of the road. Tulsa Police have not released the man's name yet, but they said he was shot in the leg. Police said they are not sure if that injury was from an officer, or if the man was shot earlier in the day.

Traffic came to a crawl on highway 11, just south of Tulsa International Airport, and north of I-244, after a shootout Thursday morning between Tulsa Police, and a man waving a gun around on the side of the highway.

Captain Richard Meulenberg said an officer on his way to the police academy noticed the man and pulled over to talk to him.

"This person starts telling the officer that, 'People are after me. People are chasing me,' and then there is an exchange of gunfire. So the suspect shot and the officer shot,” Capt. Meulenberg said.

Meulenberg said the suspect ran into the woods but eventually surrendered to officers.

"And then he just came back up and we were able to take him into custody without any further incident,” Meulenberg said.

Police said the man had a gunshot wound to his leg and was taken to the hospital.

"We're not sure if it's from the officer or if it's from some other altercation he might have had because he did say that people were chasing him, trying to kill him. So we're still trying to put that together,” Meulenberg said.

Traffic was impacted for about an hour.

We saw it this morning,” Tulsan William Whittaker said.

Whittaker said he was right in the middle of it for about 15 minutes.

"Traffic backed up, everybody was taking pictures of it, looking at things trying to see what happened,” he said.

TPD said the officer involved in the shootout did have his body camera turned on.

That officer is on routine administrative leave. It will be up to the district attorney to determine if any charges are filed.

Man In Custody After Shootout With Tulsa Police; Officer Placed On Leave