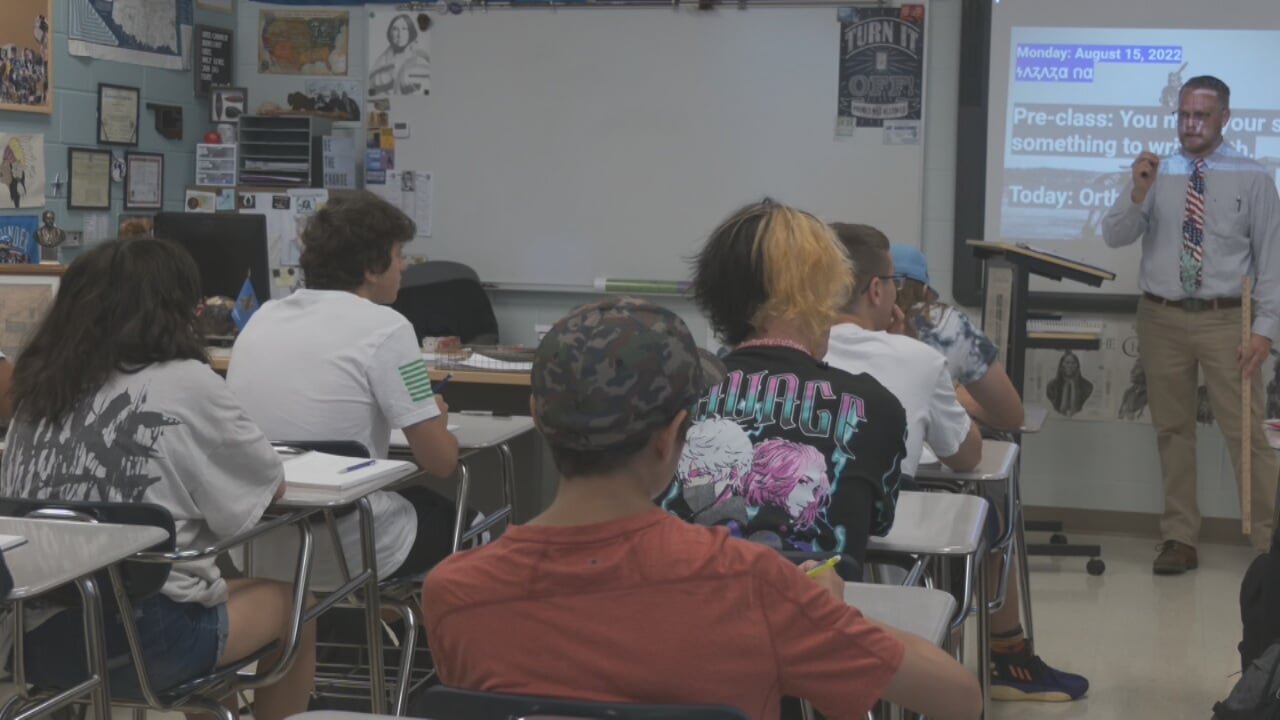 Teacher Corey Maker, a member of the Osage Nation, says he is honored to see so many students enrolled and interested in keeping the language of his people alive.

"This language is in a state of revitalization,” said Maker. “We need, desperately, to teach this language to any and all people so that we can keep it alive."

The class has students from various backgrounds and Maker hopes they will get a better understanding of what it means to be a Native American.

“We are fighting to keep the little bit of what it is to be Native American that we have left, alive, is the key takeaway that I want them to walk out of here with,” said Maker.

"One-hundred years ago, Native Americans weren't even allowed to speak their language in public schools,” said Maker. “And now we're teaching it at a public school, which is incredible."

Maker believes with these students learning the language, it will also help the Osage culture thrive.

"One of the great American Indian leaders said that 'if you lose your language you will lose your culture,'” said Maker. “And that's not something I'm willing to do."

Maker says he’s thankful for the students who have supported him and this class so far.