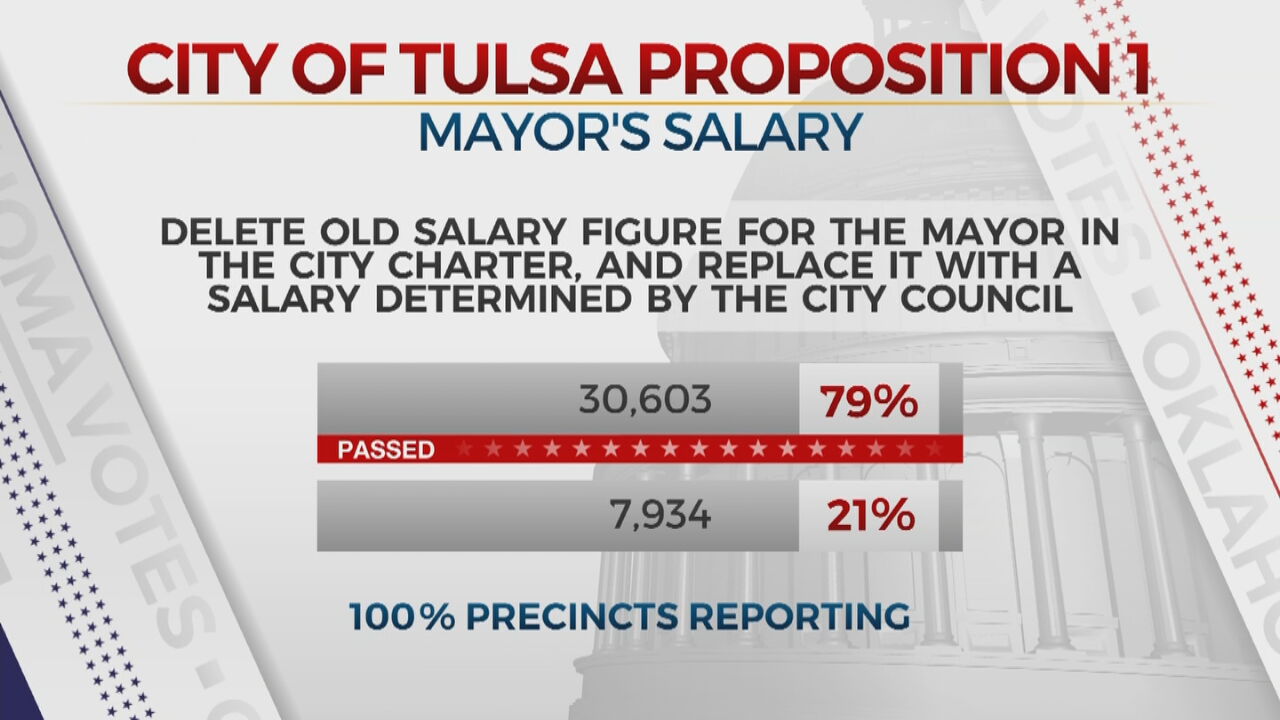 Tulsa voters also approved a proposition about new qualifications for candidates running for city office. The new language says anyone running for Mayor or city auditor must have lived in Tulsa for one year. It also requires city councilors to live in the districts they're running to represent.

On the third proposition, Tulsans voted to extend the term for city auditor from two years to four years.