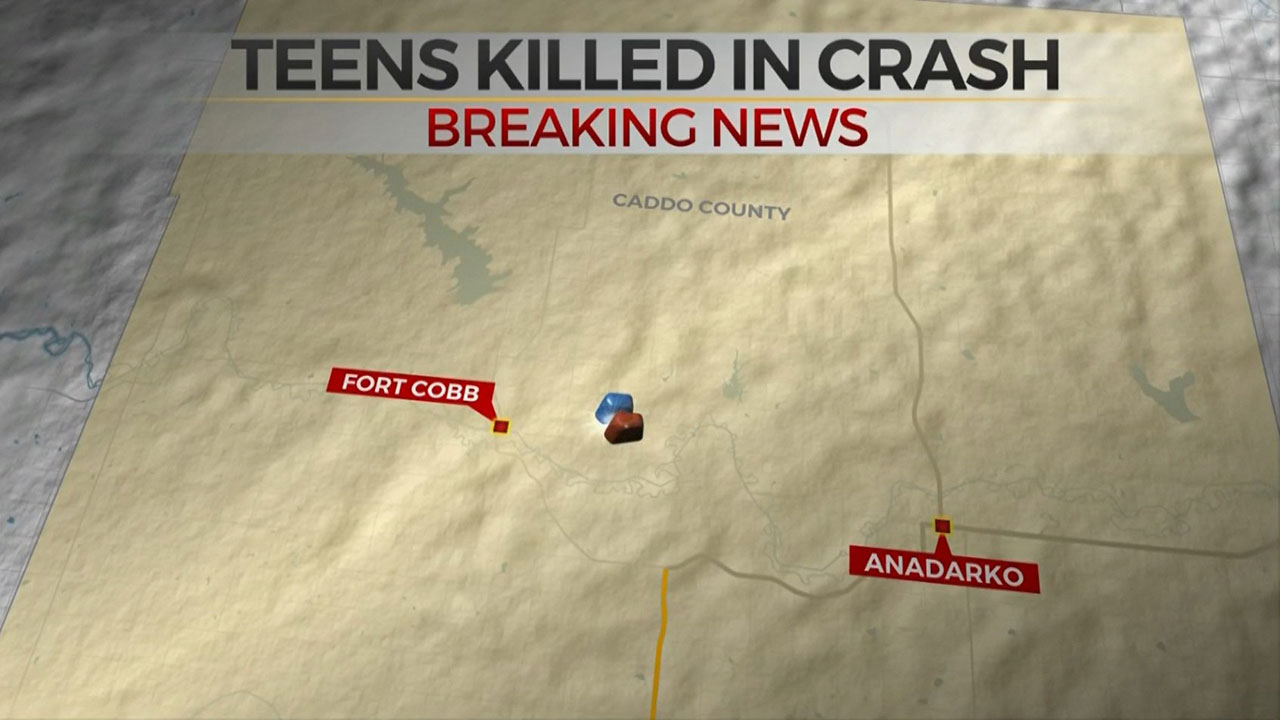 Two teens were killed in a crash Wednesday night in Caddo County, according to the Oklahoma Highway Patrol.

The cause of the crash is under investigation, according to OHP.

Troopers said a 13-year-old and 15-year-old passenger were pronounced dead at the scene by EMS.

Both teenagers were not wearing seatbelts, according to OHP.

The 26-year-old passenger, Erica Mayfield, was transported by Air Evac to OU Health and has been treated and released with head injuries.

The driver of the vehicle, Joshua Kestler, 33, was also transported by Air Evac to OU Health and has been treated and released with head and trunk internal injuries.